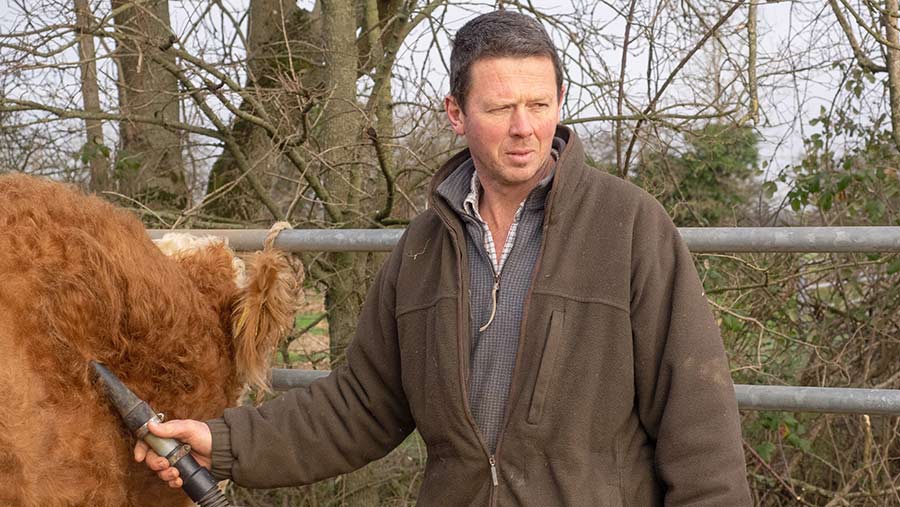 The reverse alchemy continues at Beanhill – mastitis, magnesium, nematodirus and pasteurella being this month’s challenges. The peak of the woolly one’s achievements came with a mag loss on top of the mag lick. With the amount spent on preventative health care I thought a bit of a break would be due.

The peculiar weather continues with Easter weekend temperatures resulting in an explosion of grass growth. The following weekend a freezing wind ripped the grass off.

Every time I have phoned the knackerman, he is overrun and our vets have almost been overwhelmed with work – emergency and routine.

One of the discussions missing in the current mental health debate is a bit of reality.

Farming has become an extremely isolated business and when things are going wrong, it’s easy to think everybody else is doing a fantastic job reading the agricultural press.

I know we need to portray a positive message, however, in the real world things do go wrong.

The Charolais sale at Welshpool was good and bad. Our much-admired bull stood first in his class, but at the last second the judge changed him to second. At least he sold really well!

Unfortunately, we brought some home due to a lack of interest at the right price. So, we have some excellent easy calving bulls if anyone is interested? The Simmental sale at Worcester was well supported with a lot of females attracting a large crowd.

The late spring sale means purchasers usually turn their new bulls straight out with cows. I was happy how fit our two bulls were, and two were put to work straight after the sale. Shearing has started with the rams and empty ewe lambs clean.

The ewes have had a dose of fly spray as the flies were out early and I dislike maggots vehemently.

Most of the commercial ewes are at home on rotation. Due to good grass growth, I took 17 acres out for silage with about 1,100 head grazing 40 acres in seven fields. It’s quite a bunch.

Silage will be in by the time you read this, with second cut greatly anticipated after last year.  If anyone wants to get in touch with tales of the real world, please do.  jameskimber80@gmail.com

James and Belinda Kimber farm 850 commercial and pedigree sheep and 30 pedigree Simmental and Charolais cattle in Wiltshire across 95ha (45ha owned) with the help of their children Josh, Izzy and Richard. James also runs a foot-trimming business and Belinda has a B&B.