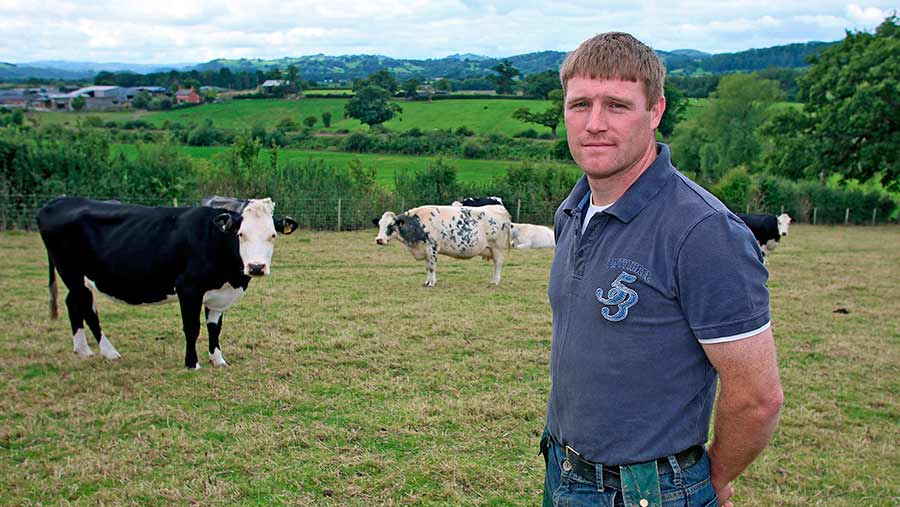 On the 25 August we hosted a VIP – Welsh Assembly member Lesley Griffiths, the environment and rural affairs cabinet secretary in the new Welsh government.

The event was organised by Farming Connect on behalf of the Agri Academy.

I was one of the first intake on the Rural Leadership programme in 2012.

Supported by Welsh government and Royal Welsh Agricultural Society, it is designed to develop the next generation of leaders in our industry.

It was great to catch up with some of our original group and to also meet some of the newer delegates.

It was a fairly informal visit and the minister was relaxed and very approachable.

Time flew by with many topics covered. Much discussion was about Brexit and opinions on how new support schemes should be implemented.

In my opinion we need to find a balance between food production and environmental benefit that can be seen as good value for money for the consumer – all without too much red tape and restriction that inhibits what we do.

On farm, we have been busy doing groundworks.

Tom Owen and his team have done a great job extending the silage pit and yards at the back of our existing sheds.

Terry Lewis was first class on the digger – if you are looking for services Terry is your man.

Our whole crop silage has gone into the pit, topped-off with second-cut silage to seal it from vermin and weigh it down.

The barley was slightly drier than last year, but looked good in the pit.

August has been a very busy month for us but we did manage to have a week away in North Wales.

The weather was glorious and we truly appreciated the beauty of Wales. There is no better place in the world.

The boys were in their element on the beach, digging holes and building sandcastles.

We visited Llanberis, the natural slate museum and had a tour of Electric Mountain, a pumped storage facility used to balance the nation’s energy demands.

It is also contracted by National Grid to provide a black start – the process of restoring power to a station in the event of a black-out. It played a vital role in producing power when Didcot Power Station caught fire in 2014.

Trawsfynydd and Wylfa nuclear power stations were not far away, imposing buildings on the landscape costing taxpayers millions and producing no energy at all.

It again proves that renewables are capable and a far better way of producing energy today and for our future needs.