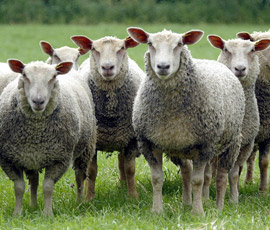 A farmer is under investigation by police after he shot a pedigree dog that had been scaring his sheep.

“The dog was trying to attack them by going for their throats. I thought they might die of shock, if not from being attacked,” Mr Tearle told The Daily Telegraph.

“I had to do what any other experienced farmer would have done – I took aim with my shotgun and took the dog down with one shot. I hit it in the head.

“When I went over to check on the dog where it was laying, I had to finish it off with a second shot.”

Kent Police is investigating the incident, which happened on Mr Tearle’s farm in Dunkirk, Faversham, on Friday 23 March.

A force spokesman said: “On Friday afternoon (23 March) officers attended a report of a dispute between two parties in Dunkirk.

“This followed a report that a dog had been shot on private land after it was alleged to have been worrying livestock.

“Officers are continuing to make enquiries into the incident and will be speaking to all those involved to establish the full circumstances and whether any offences have been committed.”