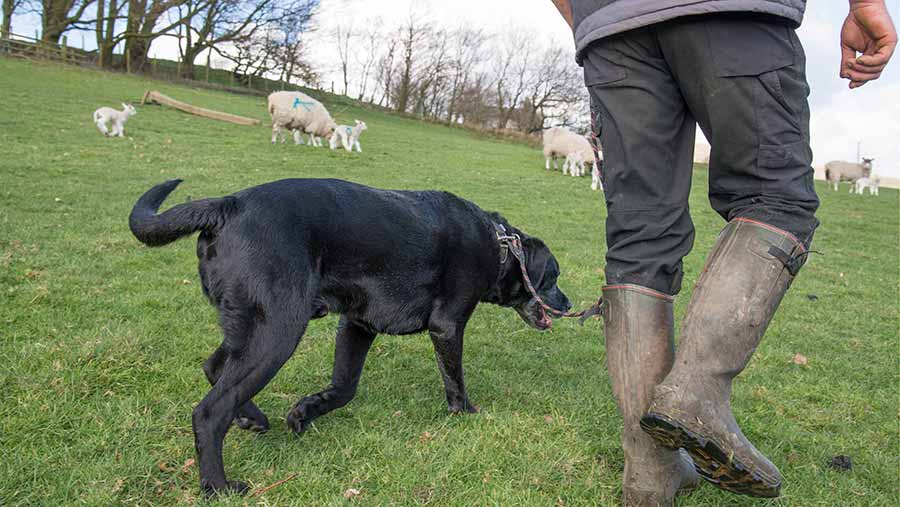 The National Sheep Association (NSA) has marked the start of British summertime with a week-long, targeted campaign to raise awareness of sheep worrying.

As sheep worrying cases continue to be publicised at an alarming rate, the NSA is asking dog owners, together with the farming community, to unite in spreading positive messages on enjoying the British countryside responsibly.

Thanks to an increasingly social-media-savvy population, horrific cases of sheep worrying by dogs continue to be well documented online. And with the potential to reach thousands, they serve as a powerful tool in highlighting the damage attacks cause.

Only last week, a man was arrested after 13 sheep were killed when two dogs got into a field in Much Hadham, Hertfordshire.

Don’t forget the clocks ‘spring’ forward tonight marking the start of British summertime. Will this mean an increase in dog walkers enjoying lighter evenings?
Be a responsible dog owner – keep your dog on a lead whenever near livestock#Responsibledogowner#Takethelead pic.twitter.com/kWvMrYpiVy

Katie James, NSA communications support officer, said: “Sheep worrying by dogs is a very serious problem for farmers which isn’t going away, and the NSA continues to hear of a frustratingly high number of dog attacks on livestock.

“We do not want to discourage dog owners from enjoying the beautiful landscapes in Britain, only to do so responsibly and consider the impact an attack can have on farmers’ business and livelihood as well as animal welfare.”

By spreading graphics, case studies and statistics, the NSA is aiming to unite messages on promoting responsible dog ownership across Facebook and Twitter.

Ms James continued: “With the long-awaited arrival of spring, farmers can see an increase in walkers on footpaths through and around fields.

“And at a time when ewes are heavily pregnant or have young lambs at foot, the risk of dogs chasing livestock can also increase the risk of serious problems like ewes aborting or lambs becoming separated from their mothers.

“With the power of social media, we are hoping this campaign can go some way to raise awareness of the problem and ultimately help to reduce the amount of sheep worrying cases we hear about at the NSA.”