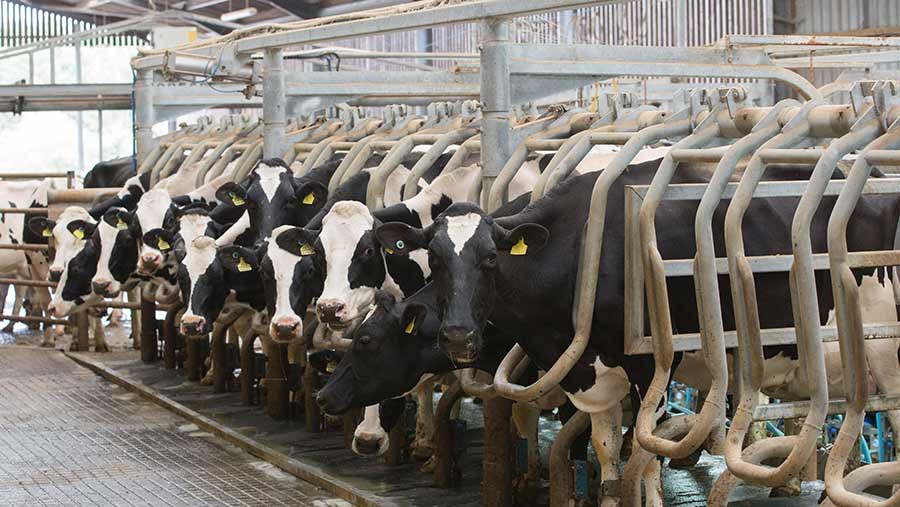 Industry leaders have hit back at suggestions that support payments should be withdrawn from farmers involved in pollution incidents.

The call for subsidies to be withheld followed an investigation alleging 424 serious pollution incidents that were linked to dairy, poultry and pig farms between 2010 and 2016 – part of a wider pattern of farm-related pollution that saw more than 3,700 incidents over the same period.

The farmers were identified after a Freedom of Information (FOI) request by the Bureau of Investigative Journalism to the Environment Agency (EA) and its Scottish and Welsh counterparts regarding UK incidents of farm pollution.

The FOI request revealed there were 4,144 incidences of pollution from livestock farms between 2014 and 2016. Those named in the bureau’s report included the dairy farm at Plumpton College, Sussex, which said it was working to reduce its environmental impact.

In the wake of the investigation, two prominent politicians – former shadow Defra secretary Mary Creagh and Conservative MP Zac Goldsmith – suggested farm support should be withdrawn from farms that pollute the environment.

Ms Creagh, chairman of the House of Commons Environmental Audit Committee, said: “This is corporate crime. If you damage the water with slurry or the air by releasing ammonia, you should lose your subsidies. The government needs to crack down on serial offenders.”

“Brexit gives us an opportunity to change that. Under a new Common Agricultural Policy, subsidies should only be provided to landowners in return for public and environmental goods. A polluting farm should and would not qualify.”

But NFU dairy board chairman and Cumbrian milk producer Michael Oakes, who suffered an incident on his farm due to a burst pipe in 2015, said most farmers targeted by the investigation had done nothing wrong.

Mr Oakes, who was among the producers contacted for comment regarding a pollution incident, said: “In my case and lots of others, farmers contacted the EA and worked together with them to solve the problem.”

An EA statement said most farmers acted responsibly when it came to pollution. But it warned: “Where farmers are responsible for serious pollution incidents, we will not hesitate to take enforcement action, including prosecution.”

The Bureau of Investigative Journalism has drawn criticism from farmers for the way it pursued milk producers as part of the story.

The bureau – which supplies news articles to newspapers and other media organisations – sent letters to dairy and livestock producers, informing them their farms would feature as part of a investigation into agricultural pollution.

The deadline one farmer was given to respond was the day before the letter arrived. He was later omitted from the story following enquiries from Farmers Weekly, as the bureau said the date had been a mistake by a reporter.

Results from the investigation were published online by The Guardian in conjunction with the bureau on Monday (21 August). The findings were also covered by other media outlets, including newspapers and on television.

NFU dairy board chairman Michael Oakes criticised the bureau’s actions. Many producers had found it difficult to invest and upgrade slurry stores following a sustained period of depressed farmgate milk prices, he said. Others had done nothing wrong.

“As an industry we are very open, so to receive those letters was daunting,” said Mr Oakes. “[The bureau] needs to look at the other consequences things like this can cause farmers who already have a lot on their plates.”

But bureau editor Meirion Jones defended the letters, saying they were standard requests for information. He added:“We give about a week minimum to respond, if not longer. I’m happy to say that [the deadline] was a mistake by a reporter.”

Mr Jones said investigating farms with contracts to supply supermarkets made it easier for consumers to understand issues. And he denied the story was planned to coincide with a week of anti-dairy activism planned by animal rights campaigners.