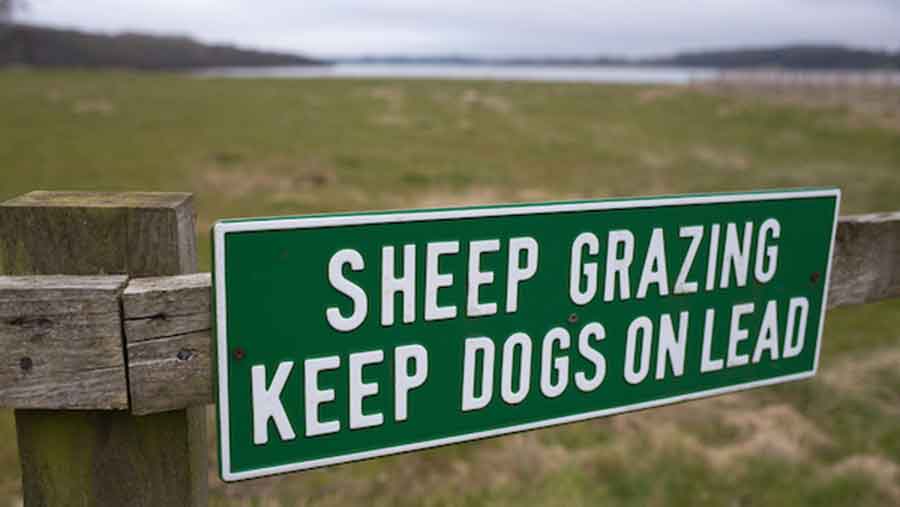 The National Sheep Association (NSA) is calling on sheep farmers to share their experience of sheep worrying by completing its annual survey.

The NSA will use the “invaluable” feedback to guide its work on reducing the number of incidents by publicising the problem among dog owners who enjoy the countryside.

This is the second year in a row that the NSA has gathered insight into sheep worrying through its survey.

This year, the survey is focused on positive and negative ways to influence dog behaviour.

Last year’s survey concentrated on the human impact of dog attacks. It revealed that 85% of affected farmers experience stress and 78% were worried about future attacks.

Almost half of farmers (46%) said they experienced anxiety about spending time away from their farm and 24% had even considered giving up keeping sheep.

Phil Stocker, NSA chief executive, says: “The issue of sheep worrying by dogs continues to be a real concern for sheep farmers across the UK.

“Recent media coverage of the problem may have raised awareness but this has not necessarily translated into a reduction in cases of dog attacks.

“This survey will enable NSA to identify further methods to help dog owners enjoy the countryside responsibly and ultimately improve the situation for sheep farmers. We urge all affected sheep farmers to spare a few minutes to share their views, as it is invaluable to our work.”

Farmers are also being encouraged to report all incidents of sheep worrying to the police to help build the case for tighter laws.

Five forces across the UK – North Wales, North Yorkshire, Devon and Cornwall, Hertfordshire, and Sussex – have united to tackle the issue after website SheepWatch UK was flooded by hundreds of reports from frustrated farmers.

The NFU is also focusing on the issue, with Sussex NFU adviser James Osman last week revealing plans for the rollout of a project which will analyse DNA samples of dog bites on sheep soon.

Highlights of the 2016 survey