It hasn’t been a simple journey for Gordon Wyeth, who has built up a farming business overseeing the management of 9,500 sheep against the odds. 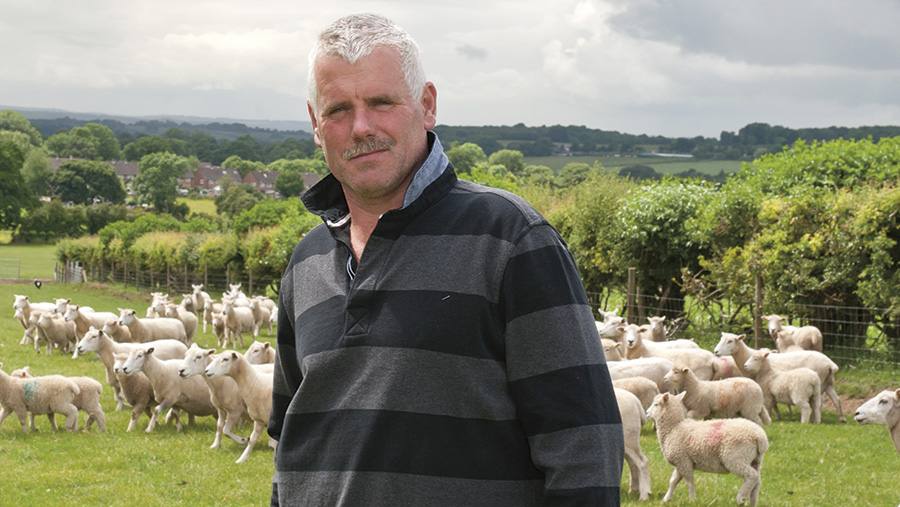 He started with a schoolboy hobby flock and slowly built numbers alongside a contract clipping run taking in much of southern England and parts of Scandinavia and now runs a flock of 7,500 ewes, contract shepherding the rest.

About 10 years ago he made the move into low-input New Zealand Romney genetics. After fine-tuning winter forage crops and summer grazing he can now boast one of the most efficient, low-cost lamb production systems around.

He has had to build up grazing largely from tenancy and rental agreements and has had a mass flock cull (Border disease) and the “worst dog attack” in UK sheep farming to contend with along the way.

Through steady expansion Gordon has been ably supported by wife Glenys and mother Jennifer and employs four full-time workers, including son Jack.

An ability to develop and enthuse staff has allowed the core business to flourish while new enterprises continue to complement the business.

Opportunities have grown, in part, due to Gordon’s mantra; “find the worker, then find the work”.

“Staff are trained to do their job as individuals and must be able to show initiative,” stresses Gordon, who has a morning meeting and a rough plan each day to share tasks.

“They work the long hours when needed, know what they’re doing and never let us down.”

Gordon’s Romney flock manages a barren rate of 1% at 100 ewes to each ram, rearing at 155% after scanning about 170% in an entirely outdoor system.

Some ewe lambs are put to a Shetland for lambing ease meaning they earn the farm £190, including £140 a piece as breeding stock.

Mammoth feed savings of about £25,000 have come from growing turnips, while switching to shearing twice a year has improved wool production and ewe body condition at mating.

Ewes produce 4.5kg of wool and lambs 1.1kg at weaning. Irish company Texacloth operates a depot at the farm, bringing in another small income steam to the business.

With so many new and developing diversifications to the business, including a goat-grazing enterprise, its difficult to tell what the future holds for Gordon’s expanding business and young dedicated team.

What appears certain is that profitability and an open minded approach to new ideas will continue to be key ingredients in a recipe for success.