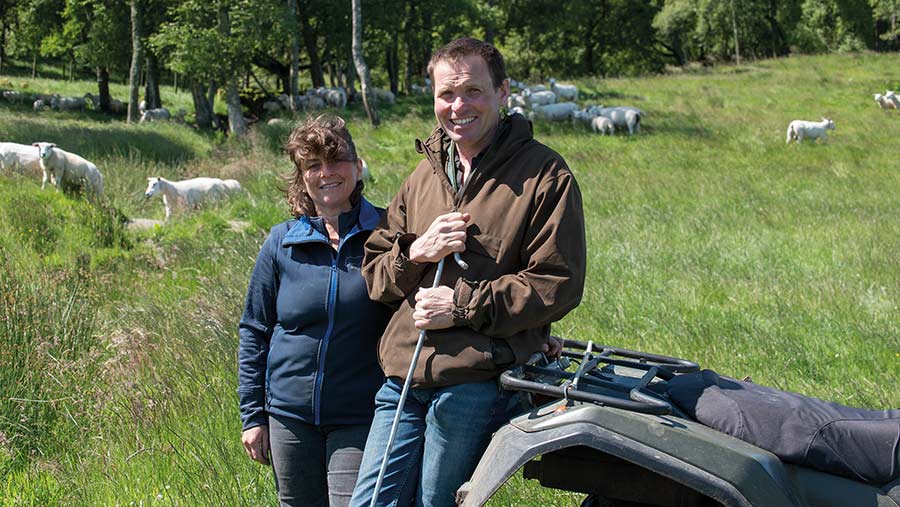 A progressive mindset, excellent stockmanship and rigorous evaluation of maternal traits has made Incheoch genetics profitable, functional and among the most sought after in commercial lamb production.

Modern ram buyers are increasingly seeing their purchase as an investment in a breeder’s system and genetic package.

This is why Neil and Debbie McGowan’s exacting standards and unwavering commercial focus with their Lleyn and Texel ewes at Incheoch are yielding success.

They understand maternal ability is a top priority for many commercial farms and the “hard-to-measure maternal traits” need scrutiny in a system that challenges stock to perform.

Now in its 13th year, the sale has almost doubled ram numbers sold and the average price, with a total of 97 rams levelling at £1,295 in September 2020.

he McGowans have a maternal scoring system, which was developed for the Lleyns with the help of sheep consultant John Vipond.

The scoring system runs from -2 to +2, with the average being 0. Three traits are scored – lamb vigour, lambing ease and a score for the ewe’s maternal ability. These traits are as key to the McGowans as they are to customers.

Sheep lamb outdoors from late April, with only the Texels routinely housed at night. Intervention is minimal throughout lambing, allowing Neil and Debbie to assess which sheep are working and which aren’t suited to their system.

Retained Lleyn gimmers start life in a B-flock and are drafted up into an elite A-flock or get a terminal sire in the C-flock, depending on performance. Rams only come from the A-flock.

Texel ewes are rigorously assessed on lambing ease. Sons are sold with a four-point lambing ease score and a birthweight estimated breeding value.

Both breeds are in faecal egg count (FEC) society breeding programmes to breed for worm tolerance.

The breeding programme has increased the genetic potential of the Lleyns. Muscle depth and liveweight has increased by 1.5mm and 3.8kg at 21 weeks over the same period.

Income is also being diversified by a wind turbine and two holiday cottages. Direct sales of meat and eggs have increased tenfold this year.

Grazing management is constantly being evaluated to minimise costs and ensure the system and flock remains relevant for the commercial farmer.

Ewes are wintered on swedes and lambs are finished cost-effectively by growing red clover and forage crops in rotation on the arable land.

All forage is grazed in-situ, which keeps total feed and forage costs down to £7.82 a lamb or £0.19/kg, which leaves the farm around the top third of producers using AHDB’s costing programme FarmBench.

“It was great to see Neil and Debbie’s commitment to genetics and supplying their clients with superior breeding animals. They have recognised the need to increase ram sales to satisfy demand. They are also involved in marketing their own meat and developing better links with consumers.” 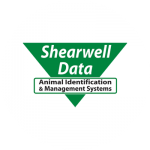