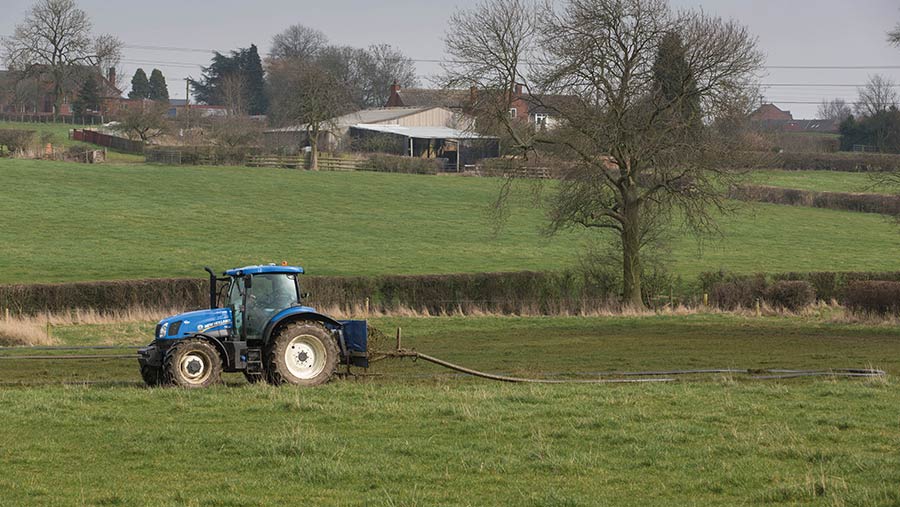 The farming rules for water regulations (2018) (FRfW) were introduced to create a national baseline for good farm practices. They require land managers to take reasonable precautions to prevent diffuse pollution from occurring.

Reasonable precautions are “actions that a land manager might be expected to do in order to prevent run-off or soil erosion”, according to Defra.

So far, the Environment Agency (EA) has favoured an advisory approach. But will Defra’s current review result in a change in the way they are applied?

Farmers Weekly asked a cross-compliance specialist, a grassland consultant and a farming adviser for their views.

The way the EA handles breaches of the FRfW is set to change, according to Charles Mayson of Herefordshire-based compliance specialist CXCS.

The FRfW effectively make autumn and winter spreading of manure impossible on many farms, creating a huge problem that no-one yet seems to have a solution to, warns Mr Mayson.

“FRfW deem that spreading can’t take place if there is no ‘crop need’, so this would mean it can’t be done on grass in its dormant period [if the way the rules are applied is changed],” he says.

Spreading manure on land with soil phosphate (P) and potash (K) indices of 3 or above – which is the case on a lot of dairy farms – would also be impossible, he adds.

“If your crop need is zero, your justification is zero, so the amount you can spread is zero. This could lead to a situation where a lot of farmers simply won’t be able to spread their own manure on their own land.

“Nobody has any answers apart from ‘exports’, but if all your neighbours are similarly situated with fertile soils from decades of muck-spreading, this won’t be practical.”

As well as dairy units, farmers who have repeatedly applied dressings of poultry litter or digestate could also be adversely affected by the crop-need rule, says Mr Mayson.

During the next five to 10 years, farmers will respond by installing extra storage facilities and there will be a big shift to spring and summer spreading, Mr Mayson predicts. But, in the short term, FRfW will be impossible to comply with.

“The sentiment behind the FRfW provisions makes sense – we all want to see the environment protected – but no one has yet addressed the practical problems it will create,” he concludes.

Independent grass consultant Gareth Davies agrees the EA’s approach could change: “All of these rules and regulations start off as advisory and before you know it, they are mandatory,” he cautions. “If ever there was a need for measuring grass it is now.

“If you apply a lot of farmyard manure you could make a facility to compost it. It’s the liquid element the EA is most concerned about.”

The EA has neither the staffing nor the will to enforce the FRfW in the short term, says Ross Cherrington, senior farm adviser at Westcountry Rivers Trust.

But, unless things change, he goes on, pressure from environmental groups will only get greater and that may impact on the meat- and dairy-buying groups, who are starting to become aware of the environmental impacts of some farmers and may start to impose more stringent and binding farm assurance rules.

So far, he says, the rules have achieved “absolutely nothing”.

“They haven’t stopped pollution, they have barely been enforced, and there was no big fanfare [when they were announced] so no one knew about them.

“The EA doesn’t have enough officers, and those there have too many other jobs [to do].”

Risky practices such as poor maize management, winter-harvested crops and certain outwintering practices have all meant introduction of these rules was inevitable, says Mr Cherrington. 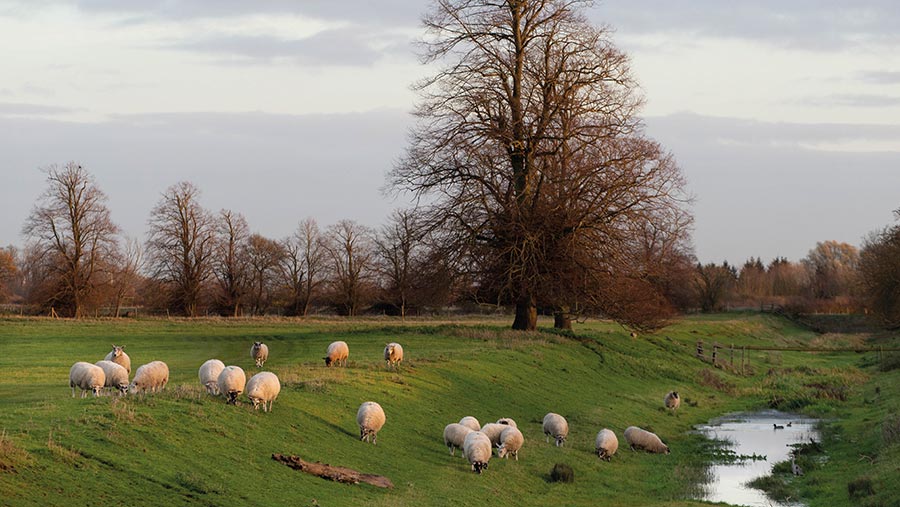 In addition, it’s been in farmers’ interests to hold on to old slurry storage systems, he argues: under silage, slurry and agricultural fuel oil rules, slurry storage systems used before 1991 are exempt from the requirement to store the maximum quantity of slurry likely to be produced in a continuous four-month period.

“Go anywhere in the South West and finding farmers with enough storage is rare,” he says.

This lack of investment creates extreme pressure on farm businesses, meaning they have to spread or dump their manures when conditions are at best risky and at worse potentially criminal.

Having four, or preferably five months, of storage for slurry and dirty water reduces this worry completely, he says, but it is expensive.

“I see Defra is considering grants for slurry storage, which was not allowed under EU rules [because of unfair advantage rules]. Better agronomy, including soil tests and nutrient management plans will only work when adequate slurry storage allows flexibility of application.”

The government is currently reviewing the Nitrate Pollution Prevention Regulations (2015), the Water Resources (Control of Pollution) (Silage, Slurry and Agricultural Fuel Oil) (England) Regulations (2010) and farming rules for water regulations (2018) to ensure that our regulations to protect the environment from agricultural pollution are as effective as possible while minimising costs to business.

Input from stakeholders has now closed and the review is being drafted.

Asked if an approach focused more on enforcement and prosecution was likely, Defra said: “The Environment Agency has taken an advice-led, risk-based and proportionate approach to the enforcement of the farming rules for water and continues to do so, following up with more direct enforcement action where needed.”

A slurry investment scheme will be introduced in 2022 to help reduce pollution from farming and contribute to the 25-year Environment Plan, Clean Air Strategy and net-zero commitments.

Support from the scheme will help improve on-farm infrastructure, including stores, lagoons and impermeable covers, to allow for a minimum of six months’ storage.

“We have not yet decided on the design of the scheme,” said Defra’s spokesperson. “By spring 2021, we intend to start co-designing [it] with farmers, experts and industry. The co-design will include details on eligibility and any targeting and/or prioritisation.”

To get involved in the co-design of the slurry investment scheme, register your details via email at ffcpcodesign@defra.gov.uk.