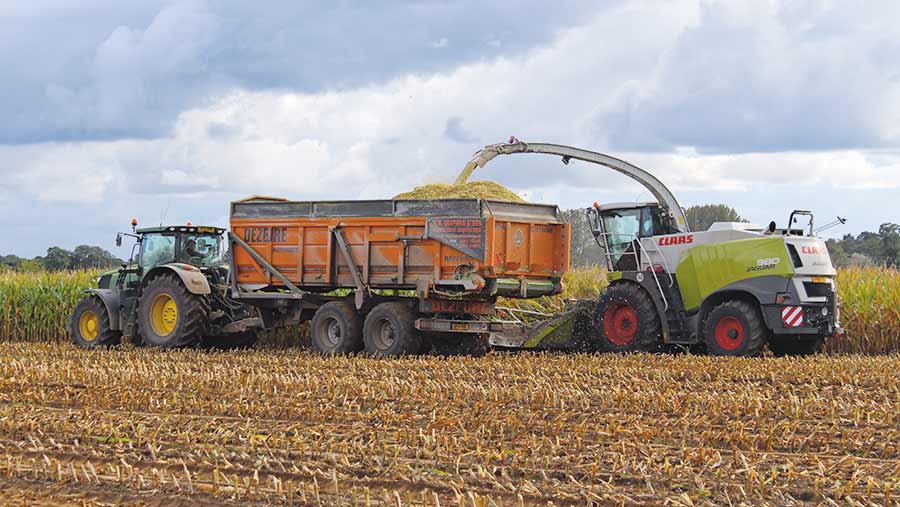 Livestock producers will need to invest wisely in aftercut nutrition to balance disappointing sugar and protein levels seen in first-cut silage across the UK.

Those who managed to cut early have better quality than most but all need to focus on maximising second cut to ensure cost-effective winter rations, said Dairy Group national nutritionist David Donaldson.

“It’s been a very unusual year and a difficult start to the silage season. The dry, mild winter has resulted in many farmers in the south cutting as early as mid-April as seed heads started to appear,” he said.

“Despite yields as low as 5t/acre (12.5t/ha) it was probably the right decision, but even those with relatively new Italian Ryegrass only achieved crude proteins of around 12-13%, with sugars as low as 2%.”

Good dry matters of 28-32% from the young grass and D-values around 70 have helped to maintain metabolisable energy (ME) at around 11.0 MJ/kg dry matter (DM), but pressure is on to get the most from subsequent cuts, he said.

“Second cut is becoming increasingly important generally, but this year it’s going to be critical to balance the low forage yields and quality so far.”

Mr Donaldson said: “Crude protein is particularly worrying as protein is expensive and levels of 14-16% in grass silage are needed to balance low levels in maize silage and reduce costly supplementation during the winter.”

Independent grassland specialist George Fisher agreed, saying those not managing to cut early enough not only face problems with low sugar and protein but digestibility.

He said: “In many parts of the country, grass did not die back as normal over the winter as there was no prolonged period of cold for it to do so and this ‘old’ grass has been carried through into the new year. Although the bulk is there, the quality is not so we face a third year of potential low protein forage for the winter.”

Producers must now focus on a “precision” nutrition strategy to get the most out of future grass growth, said Mr Fisher.

“It’s not just about application rates and timings – the type of product is key and sulphur is increasingly important,” he said.

“Work at North Wyke, Devon, for example, has shown a 10% lift in grass production in second and third cut silages when using a 25-4-13 true granular compound compared with a blend of the same formulation.

“This has been replicated in on-farm trials, with 15% and more lifts consistently achieved with the compound over the blend.”

Much of this is due to greater application accuracy, with CF trials showing at least 12 times more landing sites for K and 14 more for P with compounds compared with blends, he explained.

He added; “This is critical because potash is essential in maximising nitrogen utilisation but it does not move more than 3cm from the landing site in the year of application. Phosphorus is even less mobile, so even distribution greatly enhances its effects.”

Sulphur is also essential for second cuts with work at North Wyke showing its use added a consistent 2% to crude protein levels, he added.

“This has been corroborated by results from Reaseheath College in Cheshire, with similar protein lifts being achieved by using 50-100kg S03/ha for grazed grassland and 50-80kg S03/ha for silage.

“Trials with sulphur on medium loam soils have also shown a yield increase in second cut silages of 30% from 5.0 to 6.5t DM/ha, so it has a valuable role to play in boosting both quality and yield of later cut material.”

He said: “Because ammonium sulphate, potash chips and ammonium nitrate prills are such different components in weight, density and shape, it’s very difficult to get the nutrients in a blend to spread evenly.

“The end result is often visible striping but this is also indicative of yield loss and nutrients not being used efficiently. Research shows there are approximately 11 times more landing sites for sulphur in a compound than in a blend.”

Based on independent trials, producers could see a 15:1 return on investment when switching from blended material to true granular compounds, Mr LLwyd pointed out.

He said: “A true granular compound might be £10-£15/tonne more than an equivalent blended product, which means buying a compound for aftercut rather than the equivalent blend, which might add around £3-£6/ha to your fertiliser application costs for mid-season.

“Keeping all key nutrients in balance so they promote maximum nitrogen utilisation and consistent uptake across the grass crop can have a profound effect on the quality and quantity of mid and later cut silages.”