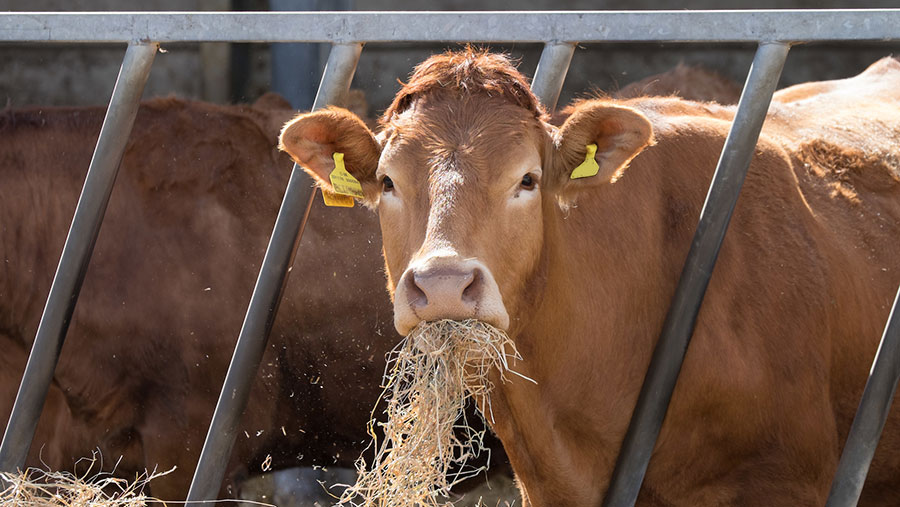 The escalating fodder crisis on both sides of the Irish Sea is threatening supplies for UK farmers as they struggle to feed their stock.

Irish co-operative Dairygold is importing 2,500t of hay and haylage from the UK to distribute at cost to its members amid reports that a third of Irish farms are within days of running out of fodder.

Pressure is now being applied to the Irish government to extend the fodder transport subsidy scheme launched in January to cover imports as well as domestic supplies.

These latest developments in Ireland’s ongoing fodder shortage is causing concern among Welsh farmers who are also running out of feed.

It has prompted one union to suggest a similar subsidy scheme might be needed in Wales.

The Farmers’ Union of Wales said that, while it was sympathetic to the situation in Ireland, there were implications for fodder prices and supply for its own members.

Pembrokeshire dairy farmer Dai Miles, the union’s milk and dairy committee chairman, said the removal of fodder from the UK market would add to existing pressures.

“We fully sympathise with Irish farmers regarding the pressures they are under, but with prices already extremely high in the UK and pressures mounting in parts of Wales, the impact of the Irish schemes for our members is naturally a concern.

“Above all else, farmers in Wales need to see a dramatic improvement in the weather. Otherwise, we will have to urgently consider schemes similar to those operating in Ireland.”

The Welsh government would not be drawn on this, instead highlighting the monitoring measures it had put in place after the 2013 blizzards.

“This allows us to respond quickly when government action is necessary,” said a spokesman.

Some merchants report their fodder stocks are very low, but for those that still have supplies, barley straw is retailing at between £140-£150/t delivered and round bale silage at £35-£45/bale.

The supply situation is so acute that some merchants are importing wheat straw from Spain and France to supply their customers, says Brian Peacock, of Thirsk-based grower and merchant Peacocks.

Mr Peacock said his company was having to limit sales to regular customers.

“In 30 years of trading, the situation had never been so acute. It is taking its toll on farmers, it is really getting people down.”

While he was not critical of the Irish fodder schemes, he said there would be ongoing repercussions from the slow spring.

“I don’t necessarily think transport subsidies are the answer. If we had fair and consistent prices for our stock we wouldn’t need subsidising.”

7 tips for responding to a late spring