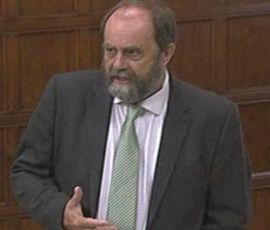 Government officials knew as early as this summer that initial estimates of badger numbers due to be culled were unreliable, it has emerged.

But it remains unclear why it took so long for the government and its agencies to complete and publish the findings of an up-to-date study – which effectively scuppered the cull by revealing that badger populations were almost twice as high as previously thought.

Initial assessments suggested 3,150 badgers needed to be killed for the cull to be deemed successful. But a later assessment – revealed to farm leaders only at the 11th hour – suggested more than 6,000 badgers would have to be removed.

Previous estimates were based on national surveys, Natural England told Farmers Weekly. The most recent of these surveys was carried out in the mid-1990s. Estimates were also based on badgers culled under the Randomised Badger Culling Trial (RBCT), which ended in 2005.

These provided an estimate of the national average badger population. But there was no existing data set providing detailed population numbers of badgers specifically in the west Gloucestershire and west Somerset cull zones.

Farmers helped to provide local data to develop a more detailed picture of badger numbers in the pilot areas. Natural England said it then became apparent that the estimates of the local badger population were inaccurate.

“Work to validate this data over the summer established that it could not be relied upon,” said an agency spokeswoman. “Given the nature of control activity and the need to define minimum and maximum numbers, concerns that the local data was insufficiently robust needed to be addressed.”

Natural England said more robust methodology for counting was “agreed by everyone involved”. Further field surveys were then carried out by DEFRA and its agencies to look at the badger population in areas where the pilots were due to take place.

Surveys revealing far higher badger population estimates were only completed earlier this month. These figures – requiring a cull rate twice as high as the original estimates – were then unveiled by farm minister David Heath in a parliamentary answer on 17 October.

Keep up with the latest news on the badger cull