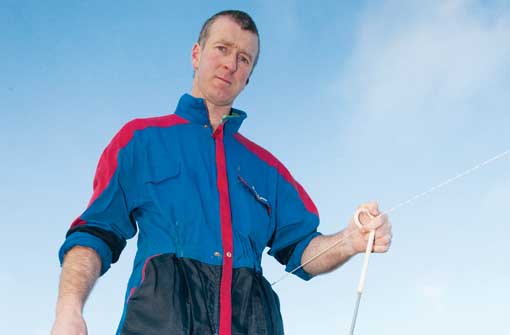 Grass growth rates almost doubling over night has proved the biggest challenge of the year so far at Cairnhead. The flush of growth always comes at some point, but coinciding with the grass starting to go to seed in early June has been difficult to manage to say the least.

Maintaining grass quality going into summer is so dependent on getting the spring management perfect or at least as close as we can. As soon as the weather allows, pre-mowing will be used to undo some of the poor management decisions taken during the past few weeks.

In an attempt to make better use of the dirty water and slurry on the farm this year we’ve been, where possible, following the cows round and injecting. Although it’s not been a standard spring, it does seem to have been relatively successful so far – vastly reducing the amount of inorganic fertiliser used for similar growth rates, although a considerable increase in my contractor bill has been noticed.

The takeover turmoil in the dairy industry seems set to continue. Most commentators are predicting further rationalisation and restructuring in the coming months as we see the UK dairy industry move in to fewer and fewer hands. This is not necessarily a bad thing, but it would have been nice if we could have held on to more of it ourselves as dairy farmers instead of seeing it snapped up by our European colleagues.

Rumours that several of the larger milk buyers have the ‘for sale’ sign out is undoubtedly going to lead to more musical chairs, and belonging to a co-op is looking like a smart option or even a producer organisation. Perhaps they could be one and the same?

For more articles from Robert Craig