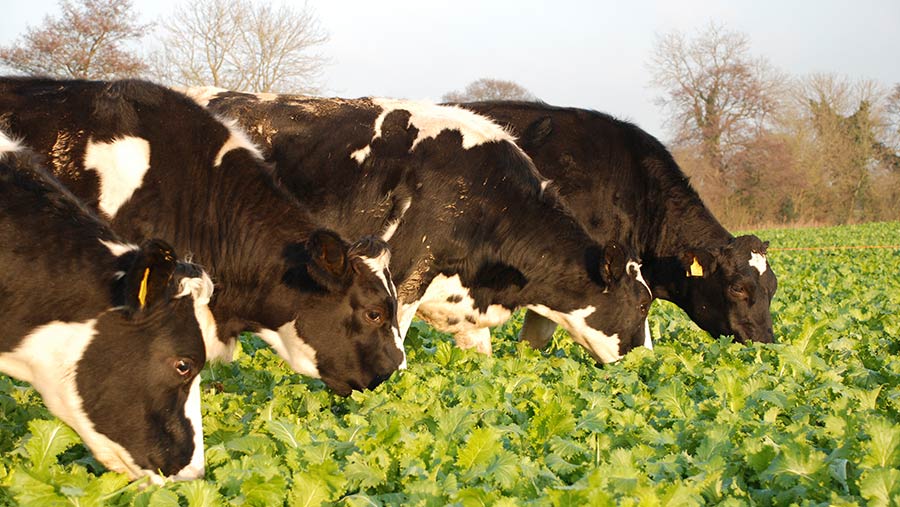 Bred in New Zealand and first grown in the UK about a decade ago, hybrid brassicas are fast-growing, kale x rape hybrids and offer the flexibility of single or multiple grazing.

Germinal GB carried out field studies across four UK sites to establish best practice, including one farm where the practice was to multi-graze hybrid brassicas.

Key learnings are around hybrid brassica establishment and repeated grazing.

At the multi-grazing trial, the site was grazed twice. The field was drilled the first week of June.

The first grazing took place from the third week of August (later than initially planned due to the dry conditions) until November, with 246 finishing lambs in 2ha blocks across 9.4ha (they averaged 9.4kg/head liveweight gain).

The second grazing of the 9.4ha was done by breeding rams in 2ha blocks, from December to March.

Average daily growth rates peaked at 243g/day in January and an additional 160 hoggets were turned on in early March to maximise crop utilisation.