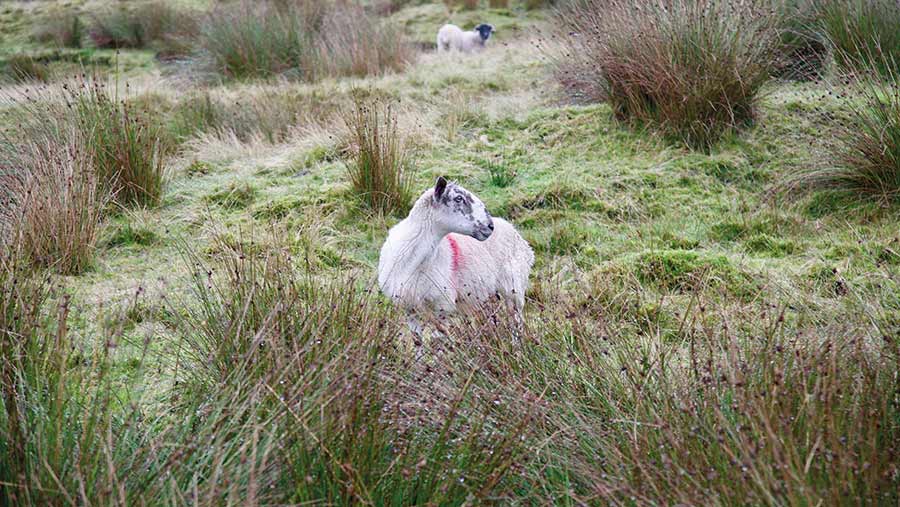 Invasive species of tussock-forming rushes, such as soft rush, hard rush and compact rush, have been increasing in upland areas, reducing the productivity of the land and the number of breeding sites for birds, according to the latest research.

Researchers from Lancaster University and the University of Liverpool used aerial images from Google Earth to survey a 76sq km area on the West Pennine Moors and found rushes had spread between 82% and 174% between 2005 and 2018.

Researcher Mark Ashby from Lancaster University believes there are lots of different factors that have led to an increase in rushes – an area they are hoping to explore next.

“We all suspected soft rushes were increasing, but we had no idea how big a problem it had become.

“As well as rushes reducing the amount of palatable grazing, it could be having an effect on birds such as redshank and lapwing, as they choose not to breed in fields dominated by rushes.

“Determining the drivers of upland grassland rush expansion will help us understand how it can be halted or, in some cases, reversed, which would be of great benefit to hill farmers and upland biodiversity,” says Dr Ashby.

Factors that are thought to increase rushes include:

Grassland expert Gareth Davies says rushes are often an indicator that soils are not balanced properly.

He says improving drainage and soil fertility can go a long way to reducing the invasion of rushes.

He says: “On an area of land I farm, I have managed to halve the number of rushes in the past five years by constant topping twice a year, grazing hard, opening up the ditches and applying lime.”

He offers some tips on how to manage rushes.

Rushes are not easy to manage as they are prolific seeders and their seeds can survive in soils for decades.

Once established, they form tight clumps with deep, fibrous roots that can become resistant to trampling damage and grazing damage and can tolerate dry conditions.

They steadily enlarge and spread by short rhizomes to form new clumps.

Adequate drainage and good soil fertility promote grass growth, which will reduce the presence of rushes.

Field conditions will dictate what can be done to control rushes, but if it is possible to get machinery on to the hill then there are some ways farmers can manage rushes to reduce the numbers.

The best way to get on top of rushes without impacting the soil biology is by topping them.

Rushes should be topped heavily in the first year, at least twice, but may require as many as five passes and hard grazing.

Rushes should be cut as low to the ground as possible to try to break up the clump at the bottom.

This will allow grass to start coming back, as sunlight will get down to the ground that would have previously been blocked out by the tall, dense structure.

Sheep will nibble at the green regrowth of the rushes.

After the first year, rushes can be topped twice a year, ideally in the spring, as soon as farmers can get on the land, and again in the autumn.

Chemical control can help kill rushes, but it has quite a negative impact on soil biology.

Farmers may wish to consider chemical control where drainage is not possible.

Herbicides may not kill any grass, but it can reduce diversity as it will kill off or reduce the growth of clover and other broad-leaved species.

When spraying, the herbicide should be applied when the rushes are actively growing and before flowering – ideally from the end of May/early July.

Topping prior to spraying is not essential but can improve the success as young regrowth is more susceptible to herbicides.

Regrowth can then be sprayed when the plant is 25-30cm tall – roughly one month after cutting.

Weed wiping should be applied to the aerial part of the rushes above sward height to prevent grass being damaged.

Sheep and beef farmer Kevin Holliday says he has seen rushes take over some areas of the fell where he grazes his sheep. 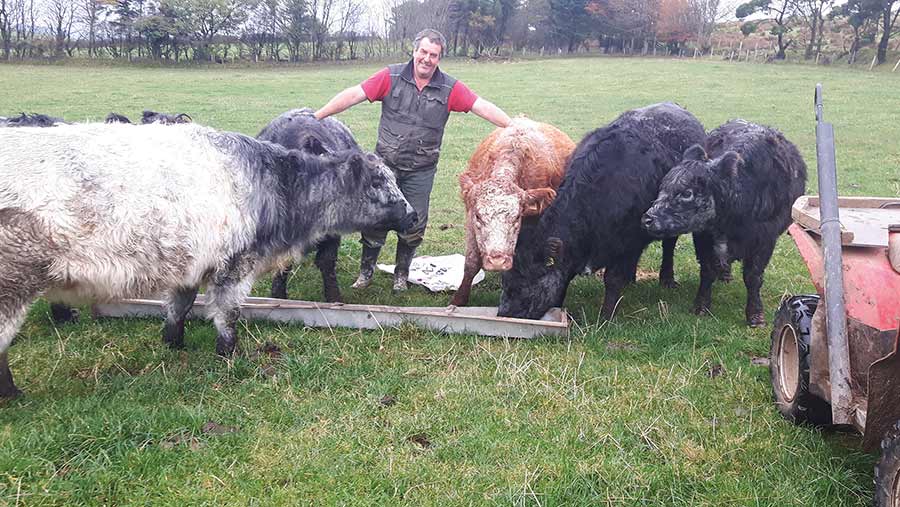 He puts the changes down to environmental schemes that permit lower stocking rates in the winter, which mean rushes aren’t being grazed out. They are also thriving in wetter winter conditions.

He says: “We used to have a complete white fell [grass fell] with no rushes, and over the past decade, we have seen a whole lot of rushes.

“We are losing sheep in rushes and badgers are also coming among the rushes and taking the bird eggs.”

He is seeing good success in killing them by topping after August, to protect ground-nesting birds and meet HLS agreements, and using a weed wiper the following season, before rushes go to seed.