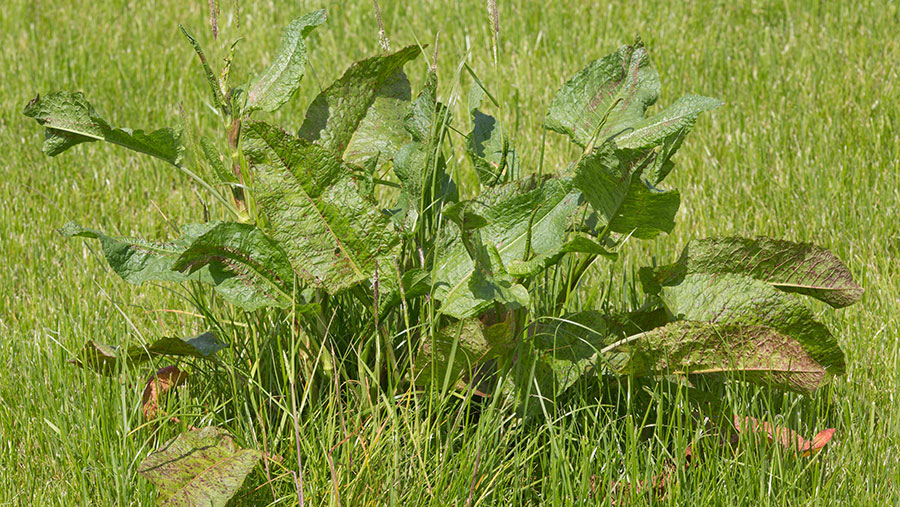 The launch of the products (Thursday 16 March) constitutes the first new active registered for established grassland for 12 years (Envy), while the new ley product (Leystar) offers a wide range of control to quell weeds and support grass in the establishment phase.

Leystar is designed for new leys, while Envy is aimed at older paddocks that might be lower in nutritional and grazing status, explained Andy Bailey, Biology team leader at Dow AgroSciences.

He said: “Its more effective trying to control weeds in new leys when docks and thistles are small.

“We advise fields should be hit when grasses are at the 3-5 leaf stage and there are 2-34 leaves on broadleaved weeds. ]The objective is to help the grass establish and produce a tight sward to reduce the opportunity for broadleaved weeds.”

Mr Bailey noted that, while Envy can be used later in the season, it has a smaller spectrum of weeds it can kill, while Leystar can be used on maize.

Discussing costs, he said prices available are a “very rough” guide but that Envy could work out 20-25% cheaper than the price of Dow’s current dock spray for established pasture.

She said Leystar has an “impressive range” of weed control and that more and more farmers were overseeding with clover.

She said it was a “personal choice“ and based on a gamble of how clean the seed-bed could be. “Some may take a gamble and see their seed-bed as clean enough not to need a herbicide and put clover in,” said Mrs Jewkes.

“If you do apply herbicides on new leys its important to hit weeds young when they are at the 2-3 leaf stage. Weeds and thistles have huge roots systems and at this stage it doesn’t have to translocate into the root system. One option is to do an autumn reseed and spray out the following spring if weeds appear.”

Independent grassland consultant Charlie Morgan said the formulation could be “very valuable” in the spring, giving confidence to a lot of growers.

He explained that some farmers have been nervous about new leys in soils that could be holding a high weed seed burden but that in such cases grass establishment should no longer be limited.

“Ultimately, increasing grass production by such an amount gives a business choice. A farm can stock more per hectare, it can consolidate and rent off ground, look at outwintering or extending grazing seasons and even diversifying.”