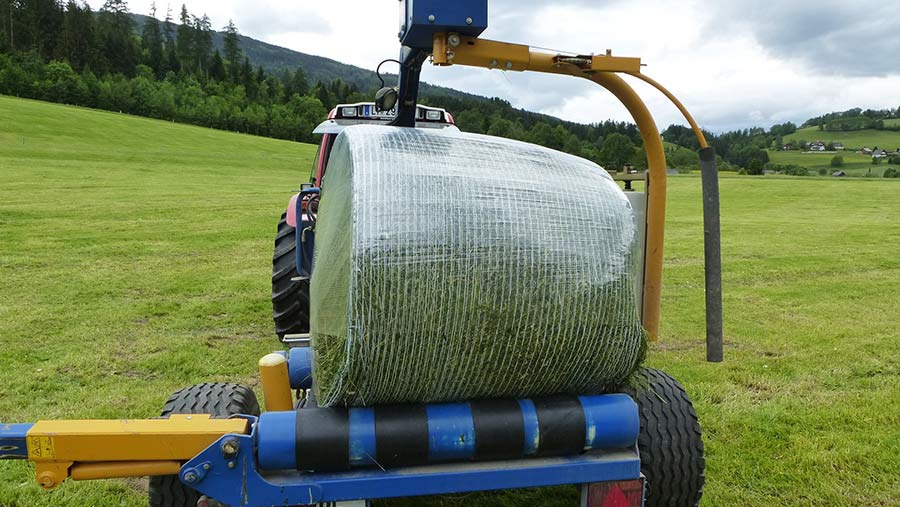 Manufactured by Austrian company Coveris, Crystal Clear is already being used by farmers in mainland Europe.

All silage wrap starts off transparent. but unlike coloured film, the clear film is made using cast rollers rather than blown rollers so the plastic remains clear, but, more importantly, offers the same level of protection of coloured wrap.

Ireland and UK sales manager Colm Malone told Farmers Weekly: “In the UK, it’s a new kid on the block, but it is starting to pick up interest. I think it will be a game-changer for farmers next season.”

He says the product offers a multitude of benefits:

Mr Malone believes it could help reduce waste recycling costs for farmers by opening up new avenues for recycling, and says Coveris is already in early discussions with recycling companies to try to reduce recycling levies.

Crystal Clear will retail at the same price as the black variety, at about £52-£53 a roll.

Mr Malone confirmed discussions were taking place with independent retailers and said he hoped the clear wrap would be widely available throughout the UK from next season.