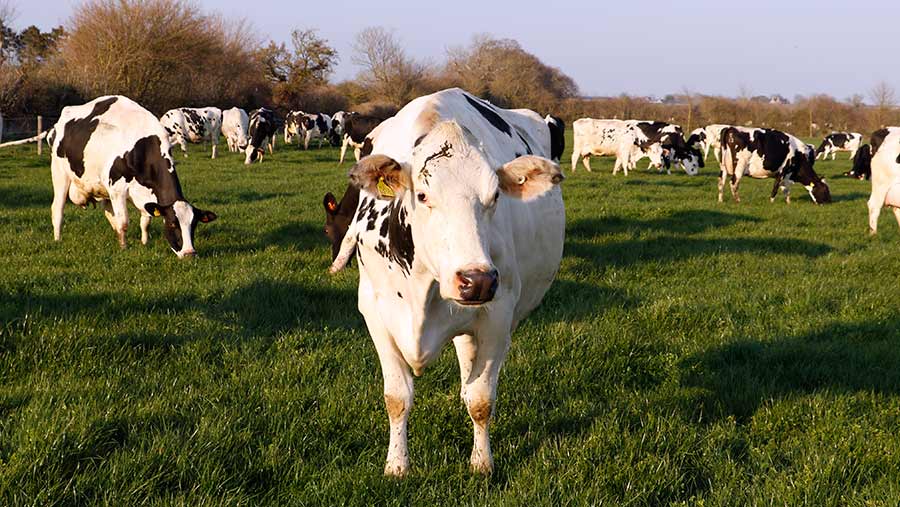 Wiltshire farmer Robert Mallett and his wife Maria are defying convention by producing nearly 11,000 litres of milk from their autumn-calving herd of grass-fed cows.

Like most high-yielding herds, Mr Mallett admits he previously found grazing hard work, but says his “eureka moment” came when he joined a grazing discussion group.

“Ten years ago, I would have said grass was poison to high-yielding cows, but I have changed my mind.

“Why make it into silage and put it in a clamp, which costs money and reduces the feed quality, and have to scrape out the shed? My preference would be to graze.”

He had always believed some of his farm was too wet to graze, but laying tracks on the grazing platform in 2010 was a game changer in terms of getting cows out to graze early in the season. 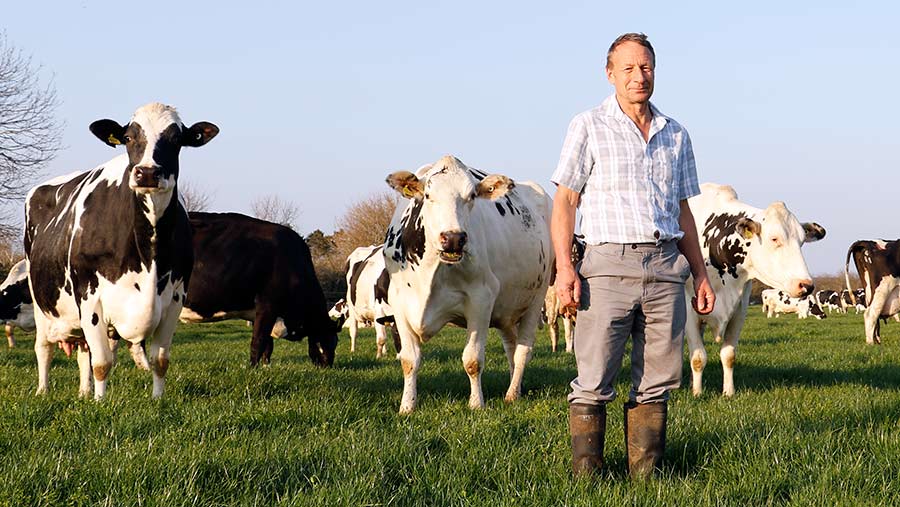 Mr Mallett is saving £200/day in purchased feed alone as soon as cows are turned out, not accounting for additional labour and housing savings, with purchased feed costs averaging 7.1p/litre – no mean feat for a high-production herd.

His system isn’t like that of a conventional block-calving grazier, but striking a delicate balance between grazing and buffer feeding is helping him to keep a lid on production costs while not compromising milk output.

The highs are buffer-fed a total mixed ration (TMR) consisting of 20kg of dry matter (DM) a head daily, with the rest of their ration made up of fresh grass. Alongside this, they receive a flat rate of 3.5kg of blend in the parlour.

Meanwhile, lows are just given grass from turnout in March until housing in November, and are fed to yield in the parlour – up to a maximum of 6kg daily.

All cows are milked three times daily – at 5am, 2pm and 9pm. Lows are turned out to paddocks after each milking, but the highs only go out once a day after the morning milking.

The grazing platform of 44.28ha is split into 1.1ha paddocks. Mr Mallet targets entry covers of 3,000kg of DM/ha and will remove cows once residuals of 1,500kg of DM/ha are reached, with grass measured weekly using a plate meter and data recorded on AgriNet.

The aim is to only graze paddocks for 24 hours, so they have no more than two feeds in each paddock.

Mr Mallet says flexibility is key to achieving this, and if grazing covers are higher than 3,000kg, he will pre-mow paddocks in front of cows to encourage intakes. Sometimes, lows are grazed after highs and youngstock are brought on to the platform to clean out paddocks.

“The true grass farmers harvest grass with their cows. If they run out, they don’t feed them as much, and they match stocking rate with grass growth. I’m the other way around; I have more cows than I have grass for,” he says.

However, in a bad year, like last year, this approach works well and cows were housed and fed full TMR in June and July when grass growth halted.

The main grass block was reseeded last autumn following the drought, which had left some fields scorched.

“We get a lot of chickweed in reseeds and when we spray it off, we kill the clover. I would rather put more nitrogen on it.”

Being autumn-calving fits really well with grazing, because cows are in-calf by the time they go out to grass, says Mr Mallett.

Although the period isn’t as compact as for true block-calving herds, it has been reduces by one month in the past year and, while Mr Mallet says he has no intention of reducing it to 12 weeks, his end goal is to finish calving by the end of December.

Service starts on 15 November and cows are fitted with CowManager ear sensors to detect heats.

Since installing them two years ago to replace antiquated activity collars, he says the farm hasn’t had a single heifer scan empty.

“It has changed my life, because I can rely on it to spot every heat.”

Replacement heifers calve in the first eight weeks of the calving period (August and September).

Mr Mallett selects genomic sires from World Wide Sires – and sometimes other companies – that have a profitable lifetime index (PLI) of £700 and are predicted to transmit at least 700kg of milk with a lifespan of +0.7.

But he isn’t worried about stature, and uses the WMS mating programme from World Wide Sires to manage inbreeding and help develop a robust, uniform herd.

Each year he seeks sires that are as close to £100 better on PLI as possible, when compared with bulls used the previous season.

This approach is paying dividends, with the herd just outside of the top 1% based on PLI rankings.

“There’s no point in putting a worse bull on a better daughter. There were 46 bulls that met that criteria this year, so it gives you plenty to choose from,” he adds.

Antibiotics use and health

As well as detecting heats, the CowManager sensors collect data for rumination and resting times, and monitor temperature to detect early signs of disease.

The technology has been crucial in cutting the use of antibiotics within the herd.

Cows that go off feed are treated with 300ml of propylene glycol and a rumen drench and, if considered necessary, will have an anti-inflammatory too. Mr Mallett only reaches for the antibiotics when a cow has a temperature above 40C.

This policy has seen use fall drastically – from 35mg/kg liveweight to just 5mg/kg – and critically important antibiotics haven’t been used on the farm for three years.

“Antibiotics were my first line of defence, but now they’re my last. CowManager is a very big help because it picks up cows if they stop eating for four to five hours,” he explains.

Mindset is key when it comes to grazing. Mr Mallett says farmers shouldn’t believe that Holsteins can’t graze, or underestimate the importance of starting to graze animals when they are young.

“We have always grazed youngstock throughout the summer, which is a big help in training animals to graze.”

Youngstock at Northleaze are turned out in the spring, at six to seven months of age, and won’t be housed until service the following October.

He admits his “halfway-house” is more complicated than most conventional grazing systems, as he needs to carefully balance buffer feeding and grazing. But over the years he has learned not to be afraid to cut back buffer.

“I used to be very worried about cows not having feed in front of them, [but] they need to be hungry when they go out.”

He believes other high-yielding farms could take advantage of grazing to offset rising feed costs.

“It can be challenging when the weather is against you, but it’s very rewarding when it’s right.” 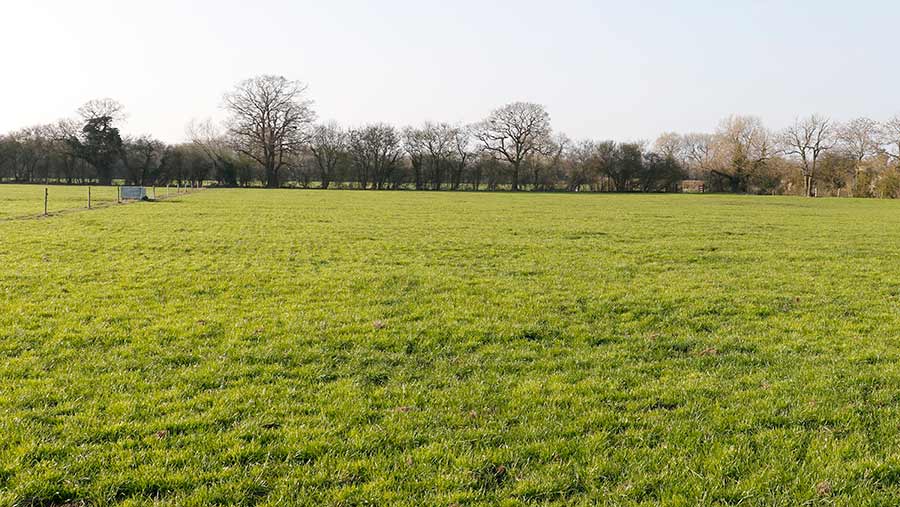 Grazing residual after the first round was very good