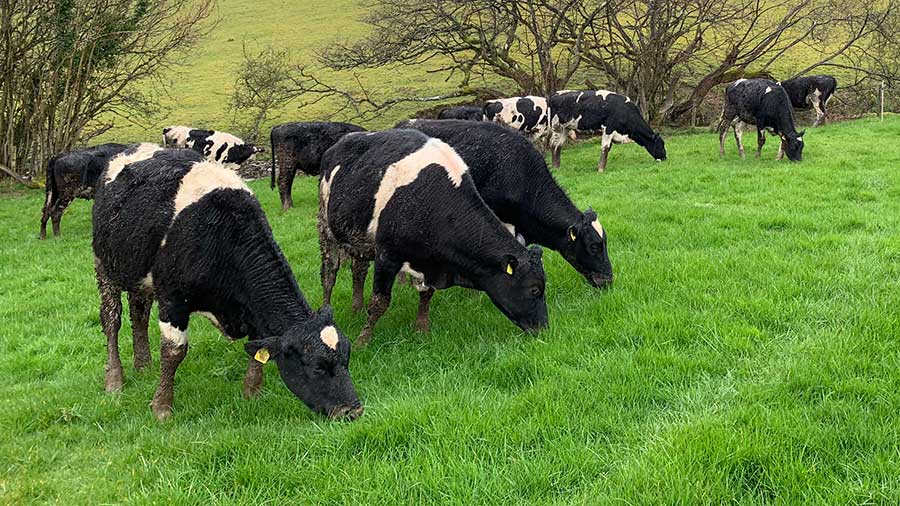 The upland farm had been growing about 6.5t/ha DM a year and relying on bought-in concentrates, mineral blocks and hay to supplement the flock’s winter feed requirements.

Since putting a rotational grazing system in place on the home farm in 2018, grass yields have increased to 10.5t/ha DM, slashing concentrate use by 65%, mineral blocks by 60% and hay is no longer needed.

This has resulted in more fields being locked up to make quality silage, which has reduced winter feeding costs, saving £13 a ewe.

Dafydd Jones, who farms with his father, Gordon, and brother, Alun, says rotational grazing has optimised the farm’s potential and allowed it to carry more stock to fully utilise the grass. 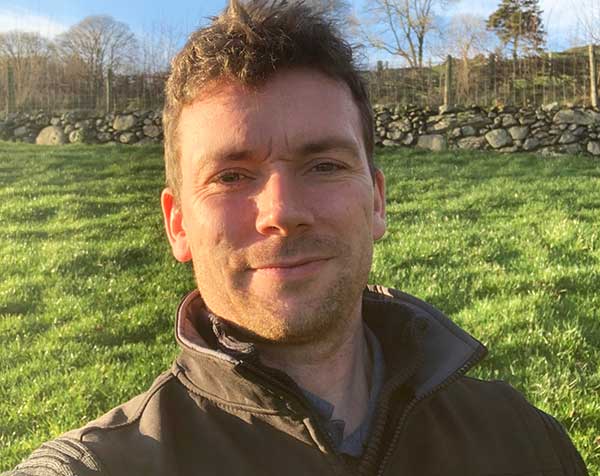 In the autumn, mobs of 320 ewes graze 1ha paddocks every two to three days, while in the spring, groups of 160-300 ewes with lambs are rotationally grazed once the lambs are four weeks old.

In mid-summer, after weaning, groups of weaned lambs run as groups of up to 500.

Last autumn, paddocks were not re-grazed from mid-October, with a closing cover of 1,750kg/ha DM targeted by mid-December. Ewes were then fed on root crops and silage. 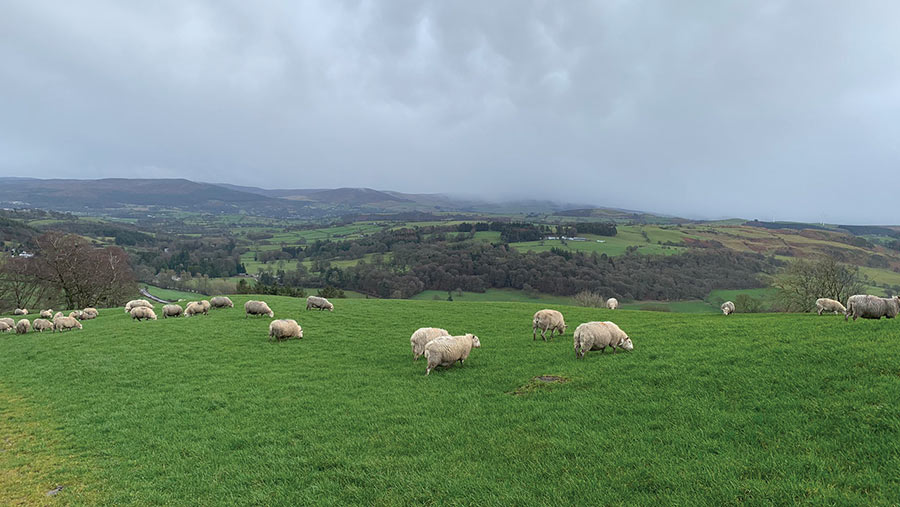 “In previous years, we would have grazed the farm later into the season, spreading sheep out across the farm, and they used to overgraze the swards, which would have hit growth in the spring,’’ says Mr Jones, who gained knowledge on rotational grazing at a Farming Connect Master Grass course.

Resting grass for 100-150 days in the winter means there is now sufficient grass to turn twin-bearing ewes out in mid-February to covers of 2,000kg/ha DM.

“This spring, it meant we could take the ewes off swedes for 21 days before they lambed, whereas in previous years, we would have housed them, using concentrates and silage,’’ says Mr Jones.

Grass analysis in February showed a metabolisable energy (ME) value of 12.5 and 30% protein.

Soil sampling had revealed low pH levels on some of the fields at Llys Dinmael, so a programme of liming was put in place.

A quarter of the farm is now sampled every year to spread costs and keep track of nutrient levels.

Lime has been applied over the past three years, increasing the pH on farm from an average of 5.5 to more than 6.

Between 8-10% of the farm is reseeded annually, but in future, paddocks will only be reseeded if they are underperforming.

“On the home farm, the current grazing platform stocking rate is 1,800kg liveweight/ha to deal with high grass growth rates,’’ he says.

Fields are measured fortnightly with a plate meter and the information uploaded to Agrinet.

“We also use Farmax software to predict where the grass supply will be in a few months’ time and it highlights any pinch points,’’ says Mr Jones.

Nitrogen is only applied to the silage fields as the swards in the grazing fields are 30-40% clover.

The additional forage is supporting another income stream – there are currently 41 RI and R2 Holstein-Friesian heifers, all purchased at four weeks old.

The R2s are inseminated with sexed semen and sold as in-milk heifers.

Heifer calves will be retained to assist in building future numbers.

Heifers arrive on the farm at four weeks of age and are reared on calf milk replacer and concentrates and weaned at 90kg.

Once weaned, they are carefully transitioned on to grass, with opening covers of 2,500-2,700kg/ha DM.

This grass was utilised fully last season by grazing to residuals of 1,500kg DM.

Concentrates usage was gradually reduced with none fed by mid-August.

During this period, they achieved daily liveweight gains (DLWGs) ranging from 0.36kg when the weather was very poor to 1.39kg when conditions were optimum in the spring.

Average growth has been 0.77kg/day during the first 14 months.

To provide winter feed, 1.3ha of fodder beet was grown in 2019, with half used by the heifers and the remainder by the sheep.

This yielded 27t/ha DM compared with the UK average of 20t/ha, despite farm’s position of 230-380m above sea level.

Heifers grazed the fodder beet by day only from October for 21 days to transition them on to the crop before grazing it fully.

They were housed from mid-December until early March because poor weather conditions were impacting on daily growth rates.

Fodder beet and silage continued to be fed to avoid the need to retransition in the spring.

They grazed the crop until late March, with a daily allocation of 0.97m along a 40m strip, and were supplemented with 6kg a head a day of baled silage, fed from a ring feeder.

Mr Jones says the original plan was to calve the heifers at 28 months old to avoid a clash with lambing.

But as the heifers grew better than expected, hitting their average target AI weight of 370kg by the beginning of May, they were served to calve at about 25 months.

Through his project work with Farming Connect, he has received management advice from dairy business consultant Andy Dodd, of The Farm Consultancy Group.

He says that heifer growth rates at Llys Dinmael had highlighted the value to managing DLWGs.

Rotational grazing has now been adopted on the mountain farm.

“We did this in spring 2020 and have further plans to increase stocking rate to more than 1,000kg liveweight/ha on the improved platform,’’ says Mr Jones.