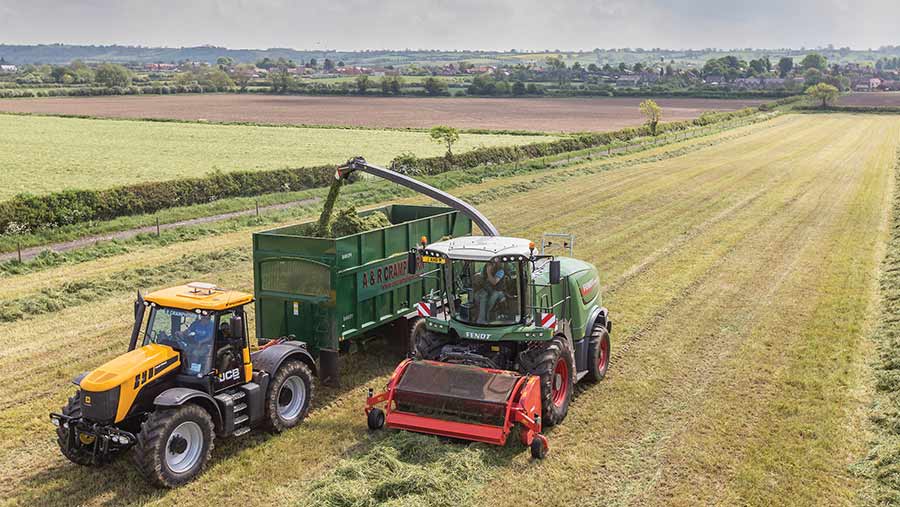 The five-cut system saw the first cut taken in mid-April, with subsequent cuts taken at four- to six-week intervals thereafter until mid-September.

A second grass plot was cut three times; the first in mid-April, second cut was taken nine weeks later in June, followed by a third 12 weeks later in September.

How does it stack up financially?

However, multi-cut isn’t without its risks. Cutting more frequently can put grass silage at greater risk of contamination from soil and slurry residue due to the shorter cutting intervals.

To assess how this could be minimised, Volac assessed how its silage inoculant could improve conservation by ensiling four cuts and leaving half untreated and using Ecosyl on the rest.

Farmers can only realise the true benefits of multi-cut silage if they ensure grass leys are in good order.

This was the message from Germinal’s Ben Wixey, who said he was encouraged by anecdotal feedback from dairy farmers, who said they were reseeding 8-10% of grassland annually.

National figures suggest just 2% of grassland is reseeded yearly and he reckons this figure is woefully low.

Yield comparisons made during second cut showed Aber grassed “romped ahead”, growing between 4.5t/DM/ha and 5.76t/DM/ha, whereas weed grasses trailed behind, yielding as little as 0.8t/DM/ha.