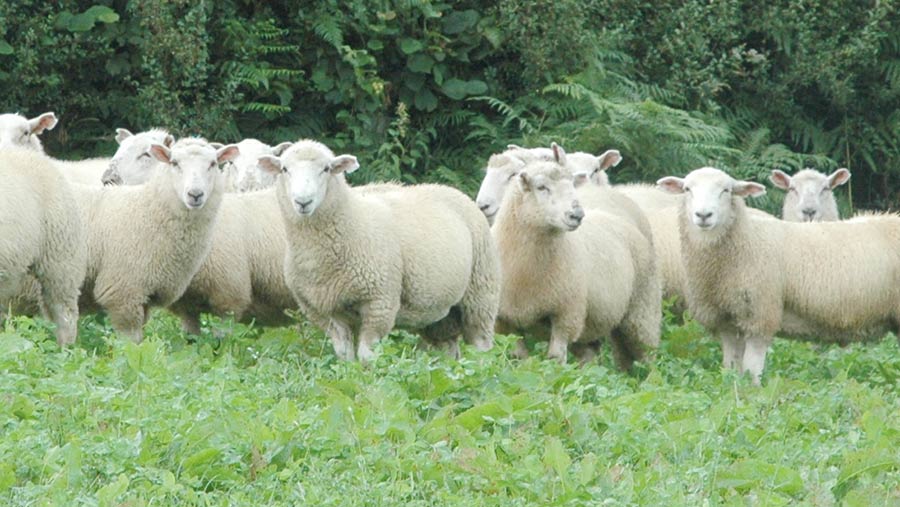 Edryd and Glenda Davies are making more from marginal mountain ground by mob and rotational grazing to improve grassland so they can operate a low-cost forage-based system and finish lambs off grass.

They run a flock of 570 breeding ewes at Cae-lago, Machynlleth, Powys, and supply finished lambs to Waitrose through the supermarket’s organic scheme.

Despite the unit’s marginal land being predominantly rocks and bracken, they are stepping up forage production in an attempt to reduce costs, having been inspired by Farming Connect’s Prosper from Pasture programme, which helps farmers develop their grassland management.

The average grassland utilisation of grazing land in Wales is less than 50% but Mr Davies hopes to step this up to 70% on his farm.

“Our objective for the sheep enterprise is to grow the lambs as quickly as possible and finish them all off forage,” Mr Davies says.

“There is no way we can justify feeding them any form of organic concentrate when it costs over twice the amount of conventional concentrate, and overall, we are limited by our options and carrying capacity.”

The Davies are currently mixed set stocking 150ha of in-bye at three ewes/ha and 0.8 cows/ha.

But as part of their four-point, five-year plan they have started making significant changes to improve grassland management.

Richard Rees, who helps out on the farm part-time, says the ethos of this plan is to focus on improving the grazing area without incurring huge reseeding costs or carrying out unnecessary cultivations and causing soil erosion.

In-bye grazing efficiency is being stepped up by swapping set stocking for 14ha of rotational grazing.

They are splitting the current area with electric fence into 1.5ha paddocks, stocking at seven ewes with lambs/ha and 2.4 cows/ha. The aim is to graze swards down to 1,500kg DM/ha.

“We are budgeting £1,500 to cover fencing, PVs and water troughs plus a Fecpak to monitor worm burdens and we are expecting payback within the first 12 months in terms of reduced vet and med and feed costs and improved productivity,” Mr Rees says.

They hope to make more from 80ha of marginal mountain ground by introducing mob grazing.

This will see up to 300 weaned ewes stocked at 20 ewes/ha in order to take out the weed species and encourage higher-value grass species. 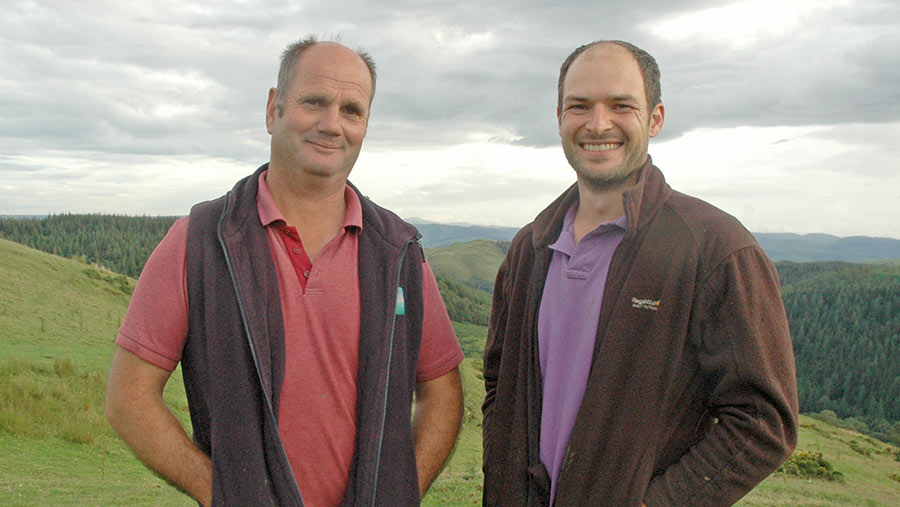 “In turn, we plan to extend the grazing season on the mountain shoulder by eight weeks, from December to February, without any supplementary feed through deferred grazing,” adds Mr Rees.

Currently they start feeding out big bale silage and oats from December, but this should help reduce the need for supplementary feeding.

The Davies hope the improvements in grassland management will bring the business in line with the gains they have already made in the flock.

The couple switched from running 80kg Welsh Whitefaced ewes to Aberfield genetics in 2007.

“They were too heavy for this unit, rearing just 110% lambs, and we agreed we had to look at alternatives,” Mr Davies says.

They now run 320 pure Welsh Mountain ewes on the roughest ground to breed replacement Aberfield crosses. They have built up to 250 ewes that average 65kg mature weight.

Last year they reared 140% from the Aberfield crosses.

“Since they’re lasting for an average five crops, we don’t require as many replacements, and that, in turn, is enabling us to continue to reduce the pure Welsh ewe flock and minimise the number of lightweight wether lambs,” adds Mr Davies.

Previously, the ewes were mated to continental sires but they now mated to Aberma and Primera rams.

The Davies say they are now drawing the first batch of lambs eight weeks earlier at 12 weeks.

Ewes lamb in March and April with only twins lambed indoors. After weaning at 16 weeks, lambs are introduced to clover-rich swards whilst the ewes are drafted on to the mountain.

Of the 30ha of silage ground, 6ha is reseeded annually with wholecrop triticale undersown with red clover, and the Davies have just introduced 2ha of multi-species herbal leys for growing lambs, a move that was encouraged by Waitrose.

Currently, the Aberfield-cross lambs are averaging 350g/day. However, with better quality grazing they believe they can lift this to 400g/day.

“We target the crop to finish at 18kg to 19kg target weight and within the R3L bracket. While Es and Us are a nice trade-off, maximising the number achieving R3L is far more important. Last season 92% of the Aberfield cross lambs hit the spec,” says Mr Davies. 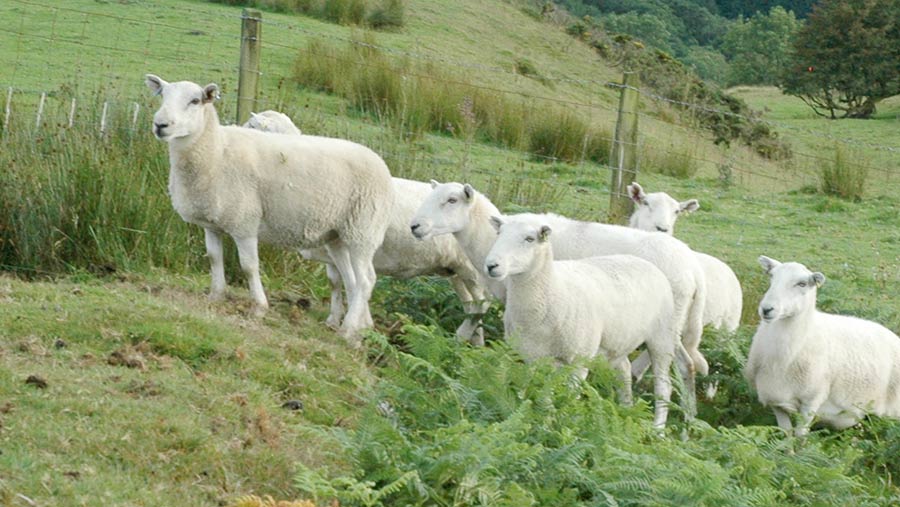 Being a member of Waitrose’s dedicated organic producer group enables the unit to more carefully track its performance and identify areas where it could improve, and this year they have started benchmarking within the group.

Mr Davies says: “We’ve been aware for some time that gathering data, measuring and monitoring are essential tools to the system. However, the new organic benchmarking sub-group is going to inform us where there is scope for improvement towards even more finely tuning the business.

“Going forward, we’ve set five-year targets for further incremental gains that we plan to achieve from investing in Innovis genetics which are under continual development, and by adopting the Prosper from Pasture programme which has introduced a new dimension to Cae-Iago’s management system [see table below].

“Our plan is all about facing new upcoming challenges while maintaining an efficient sheep farming enterprise and still working within Waitrose’s environmentally sustainable mantra.”