Planting legume and herbal leys as part of mid-tier Countryside Stewardship has enabled Wiltshire farmer Jamie Feilden to grow more quality forage and save around £7,000 a year in concentrate.

The GS4 mixes have also delivered an added payment bonus of £309/ha (see box below).

They’ve also proved drought-tolerant, while the herbal element has played a part in eliminating the need to worm lambs. 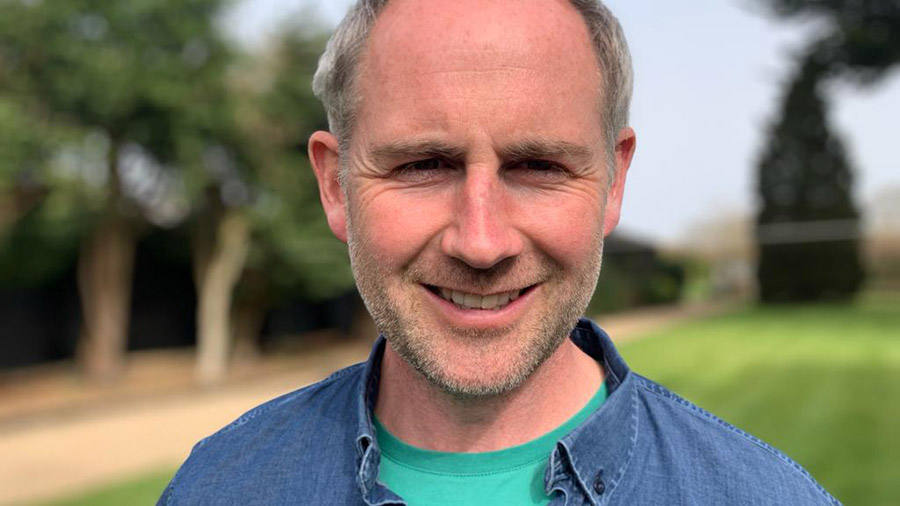 With the government encouraging farmers to enrol in Countryside Stewardship in its “The Path to Sustainable Farming” (PDF) document, such experience is proof that these types of leys can deliver for both the environment and farm profitability, he says.

Mr Feilden says the mixes have had a “profound” impact on the farming system at Hill House Farm.

“We felt there was the opportunity there to farm in a better way and generate income,” he explains.

“We wanted to produce better-quality grazing and forage ourselves and it’s allowed us to increase our stocking and reduce our bought-in feed bill. It’s not done from an idealistic perspective, it’s done from a commercial point of view, and it’s performing.”

About the mix and its benefits 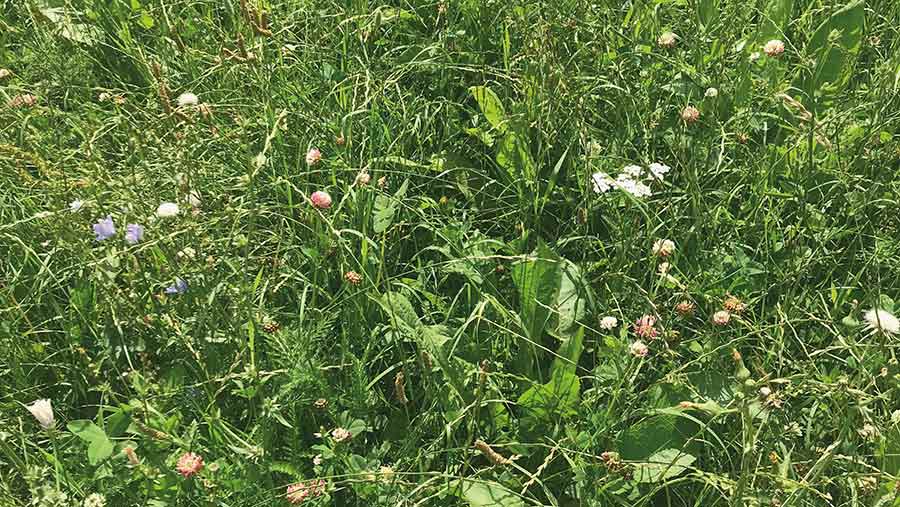 Mr Feilden reseeded 10ha (25 acres) of the farm’s perennial ryegrass and white clover leys with a GS4 mix from Cotswold Seeds about 18 months ago.

The old ley was sprayed off with glyphosate, lightly disced, power-harrowed, rolled once, drilled with a combi-drill and rolled again. The mix was sown at 15kg/ha (6kg/acre). 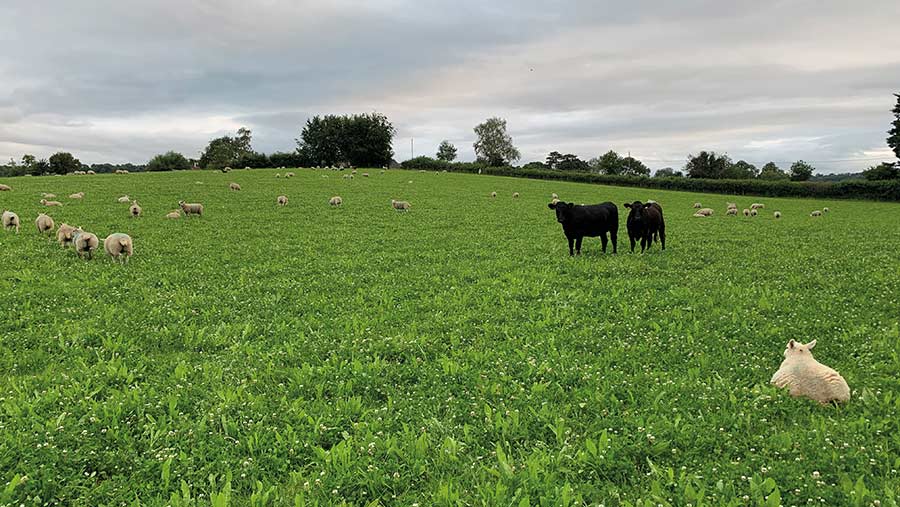 Ewes and lambs from the March-lambing flock are rotationally grazed on the mixes.

The fact the leys are of such high quality has eliminated the need for concentrate feeding in the month post-lambing compared to when ewes and lambs were grazed on permanent pasture.

The amount of concentrate fed to twin- and triplet-bearing ewes in the four weeks prior to lambing has also halved thanks to the availability of GS4 silage which is fed instead of hay.

To meet the requirements of Countryside Stewardship, the GS4 leys are shut up for five weeks from 30 May.

The silage averaged 11 metabolisable energy (ME) and 14.5% crude protein (CP).

Mr Feilden says: “From our point of view, there’s no input at all on that. The costs of growing it are minimal and we get the payment too.”

Lambs move on to the silage aftermaths after weaning for finishing. Mr Feilden says: “Almost all of the lambs are away by October. Because of the quality of the grass, we’re not having to carry lambs through the winter.”

This has reduced lamb concentrate feeding through the winter equating to a feed saving of between £1,500 and £2,250.

The leys are now in their third year, but are still productive, with red clover levels still high enough to meet requirements.

The GS4 mixes have proved so successful that Mr Feilden paid to establish a further 16ha (40 acres) on rented ground in September 2020.

As the landlord will receive the £309/ha payment from Natural England, Mr Feilden says there has been a “compromise” on the rent.

Tips to get the most from GS4 mixes

Francis Dunne of Field Options shares his top tips for maximising the productivity of GS4 mixes: