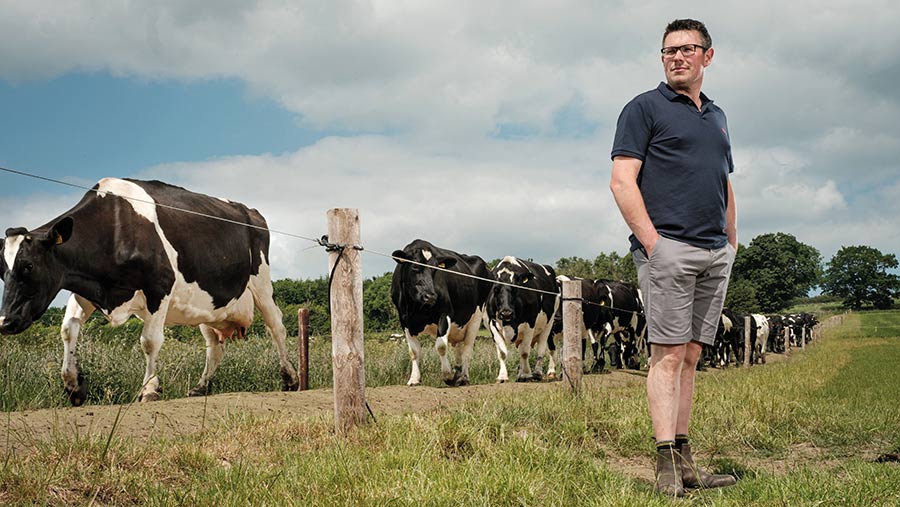 Three-and-a-half years into Mark Housby’s management of a brand-new dairy unit, his focus on grassland management is helping him minimise the impact of rising input costs.

For 2022, that means quadrupling the area sown to multispecies leys and slashing nitrogen use in half for the second year running.

“We have got a serious eye on fertiliser and are becoming more insulated from prices and inputs in general,” says Mark, who won the 2021 Farmers Weekly Grassland Manager of the Year Award].

With market prices increasing he believes there is a huge danger any extra secured in sale prices will be “gobbled up” by rising costs.

The 200ha (494 acre) milking platform at Peepy Farm in Northumberland has produced 13-15t dry matter (DM)/ha a year since Mark set the unit up alongside tenants Robert and Jackie Craig.

The goal now is to maintain that growth with little or virtually no nitrogen.

Mark describes Peepy as an “early farm”, with grazing possible early in the year and grass growing well late into the autumn. The pinch point is summer when dry weather can cause swathes of it to burn off.

While the spring calvers can usually remain outside for 10-and-a-half months of the year, a hot, dry spell can necessitate silage feeding daily.

In a bid to change that, multispecies planting began last year.

With the rest of the platform growing a high-sugar grass mix with white clover, a multispecies mixture was scratched in to 20ha (50 acres) in late summer/early autumn. The mix consists of white clover, red clover, chicory and plantain.

Mark used a grass-tine harrow to scratch all the paddocks up two or three times. A slug pelleter welded to the back of the harrow was used as a seed hopper to broadcast the seed before rolling.

He used a free bag of plantain seed to introduce greater diversity into a further 10ha (25 acres) of the grazing platform. This was done by a contractor using a slot-seed drill.

“When we set the farm up we weren’t brave enough to reseed the whole farm with multispecies [swards]. But what we’re finding with what we’ve done last autumn is fairly encouraging,” he says.

The plan for this year is to expand the multispecies area to 80ha (200 acres) of the grazing platform, planting in spring and late summer depending on ground conditions.

“Half the cows go dry in July anyhow so we’re hoping, with what we’ve seen and people we’ve talked to, this will probably get the spring cows through the dry period without any extra brought-in feed.”

Multispecies covers, measured through weekly plate meter readings, are managed the same as the rest of the grazing platform. The aim is to open them at 3,000-3,300kg DM/ha and move cows out at 1,600-1,700kg DM/ha.

Initial concerns that cows might be more selective when grazing the diverse swards have so far proved unwarranted.

Mark hopes the benefits of these diverse leys will be threefold: as well as reducing feed bills, they will also improve soil health and decrease fertiliser demand.

“I am hoping they will really kick in this summer to help us in a drier period, especially with the longer tap root of the plantain and chicory, which should give us more access to water. Hopefully, there will be a lot of hidden benefits with soil health and soil life,” he says.

“We have sample holes across the farm and the [depth of the] plantain roots is unbelievable compared with a ryegrass plant.”

The majority of the farm is a sandy loam. With annual rainfall of just 575mm, improving infiltration of the soils is important.

“Rather than whingeing about not getting any rain, we need to improve the soil, because your soil should be healthy enough to catch all the rain it gets and take it down rather than it running off.”

At 2.5 cows/ha, the Irish-New Zealand Friesian-cross cows are not highly stocked. But because the present system still requires spend on fertiliser and feed, a slight reduction in stocking rates is on the cards.

“I’ve played with a few different scenarios and it is quite shocking with current prices,” says Mark. “If we carried fewer cows and produced less milk, but spread hardly any fertiliser and bought in hardly any feed, the margins don’t alter much. You’re just not writing the cheques.”

“We spread fertiliser the same as we normally do, behind the cows as they graze the farm. But we have just turned the rates down, and obviously when there was no rain we weren’t spreading as there was no moisture,” he explains.

This year he hopes overall application will be reduced to 50-80kg N/ha, if not less, given the prices.

So far this spring, all grazing paddocks have had 28 cu m/ha of slurry applied and then roughly a muckspreader-full to the acre of composted rough muck.

You cannot go from new entrant, with no farming background, to Farmers Weekly’s Grassland Manager of the Year without some serious learning along the way.

As a first-generation farmer, Mark has soaked up knowledge on the job from the people he has worked for, and visited New Zealand on a study trip.

That the Craigs chose to take on a new farm with him at the helm, running a team of three full-time staff and relief milkers, is clearly testament to his management ability.

One way he continues to try to expand his knowledge is by “watching a lot of YouTube”, which gives him access to instruction from different systems across the globe. And he’s part of three discussion groups.

“Discussion groups are really important because people are quite open, so you can learn a lot,” he says.

“People can be quite critical but also give plenty of praise when it’s deserved.” 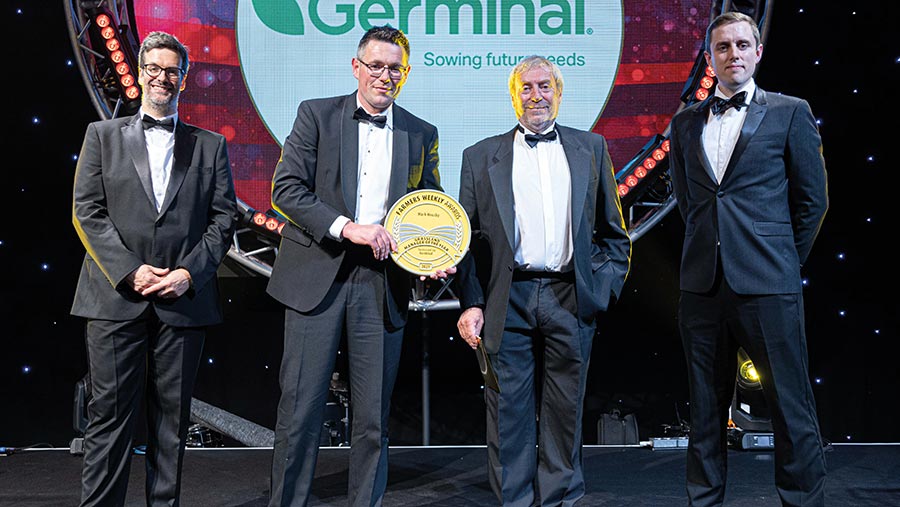 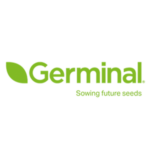 The 2022 Grassland Manager of the Year is sponsored by Germinal.