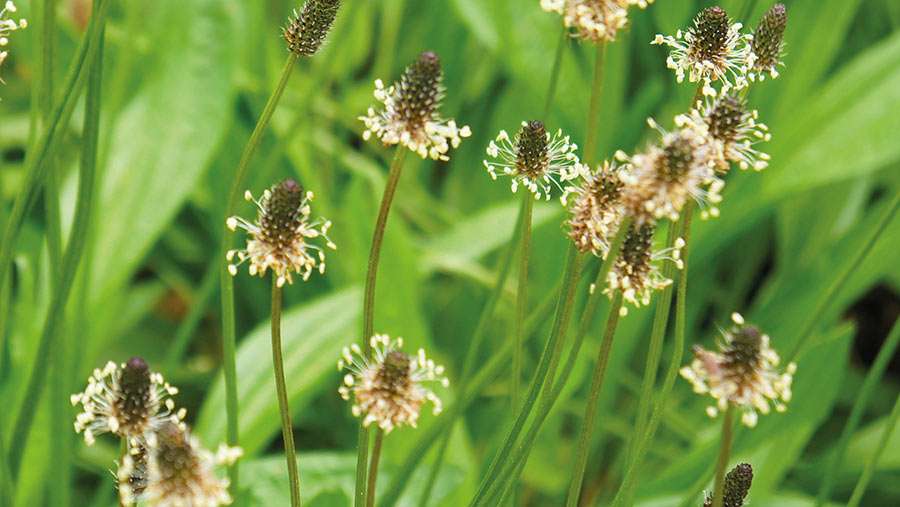 Multispecies leys can perform as well as traditional ryegrass in upland regions, a three-year study by the European Innovation Partnership (EIP) Wales has found.

Seed mixes incorporating meadow fescue, Timothy and a Festulolium, together with plantain and chicory, were put to the test on three upland beef and sheep farms.

Data from the trial showed the multispecies ley had a clear yield benefit in the first full year of production on one of the farms, compared to ryegrass and white clover, and marginal gains at the other two.

Independent grassland specialist Chris Duller, who carried out the monitoring work, says a boost in spring performance was also noted on two of the sites in the second year.

“This seasonal pattern may be influenced by the presence of the Festulolium and plantain, which both appeared to grow well at lower temperatures,’’ he adds.

The greatest differences in production across all three farms were observed in early and late season where additional growth was recorded in the multispecies leys, says Will John of Adas, who oversaw the project.

“Across the three farms there was an additional 17% of forage in the multispecies ley in March and April,’’ he says.

“This is a strong positive outcome, as all sheep farmers are keen to provide recently lambed ewes with good forage intakes and to have good opportunities to reduce early-season feed bills.’’

“The importance of late-season grass for flushing ewes is also a strong positive outcome for the multispecies ley,’’ Mr John adds.

Incorporated in the multispecies seed mix were four grass species, two legumes and two herb species. The conventional ley was a standard ryegrass and white clover mixture, typical of that grown in an upland sheep and beef system.

The multispecies mixture included 20kg/ha (8kg/acre) of perennial ryegrass, while the control had 32kg/ha (13kg/acre).

Both were established at the same time on each farm, with dates ranging from June on the earliest farm to early September on the latest.

Mr Duller says a decision was made for inclusion of the herbs to be at a lower rate than some mixtures on the market, since these can dominate the sward at higher rates, jeopardising persistency.

Key findings from the study

One of the farms involved in the study was Gellifeddgaer, a grass-based farm near Blackmill, Bridgend, with an annual rainfall of 1,385mm. 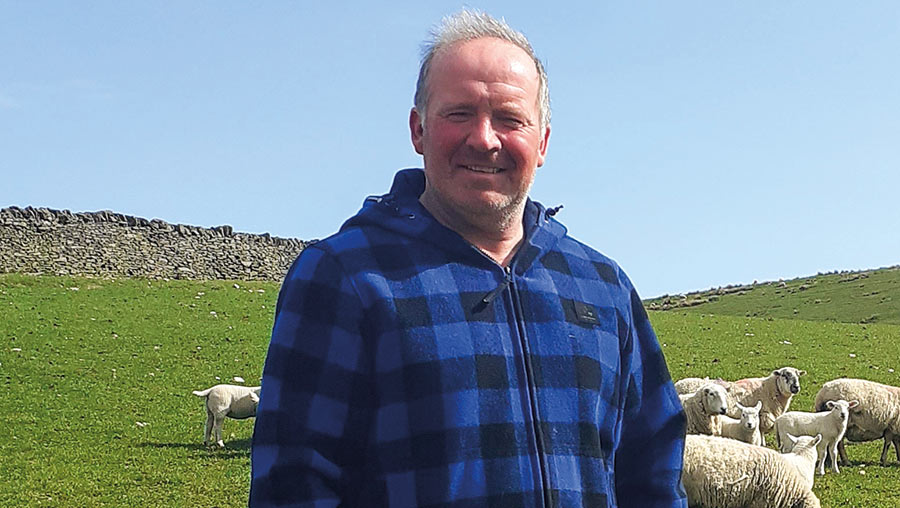 Farmer Richard Morgan, who produces lamb and beef, grew the leys on well-drained loam over sandstone on 4.8ha (12 acres) of land at 230-265m above sea level.

At establishment, soils were at pH5.6, P index 1 and K index 2, and the land had previously been used for growing stubble turnips.

The leys were sown at the beginning of June 2018, immediately prior to an intense dry spell, but there was sufficient rainfall for establishment – in fact the chicory and plantain in the multispecies ley thrived.

In early August, 193 Improved Welsh cross Texel lambs were introduced, half of them on each ley. A week later they were joined by another 87 lambs to keep on top of the growth.

Lambs were removed on 20 August, with 125 weighing 40kg drawn for slaughter.

In early September, 170 sheep were re-introduced for a week, followed by 200 ewes and lambs in the third week of September.

Additional grazing carried on until November.

The herbal ley grew at 67kg DM/ha/day through September, fractionally, but not significantly, lower than the control.

In the first full year of production, total forage production was 30% greater in the multispecies ley.

The DM content of the herbal ley was consistently lower than that of the grass and clover mix. This may have negative impacts on animal intakes, particularly in wet conditions.

Clover levels were good in both leys, while grass growth appeared better in the conventional ley. In the herbal ley, the herbs may have outcompeted and checked the grass development.

Lambs initially showed a preference for the conventional ley, but quickly adapted. They grazed the grass ley much tighter than the multispecies one.

In total, the farm recorded more than 9,000 ewe/lamb grazing days/ha to weaning followed by 10,300 lamb grazing days through to 4 September, for the three-year trial period.

In DM terms that equates to 6,400kg DM/ha utilised.

There was little difference in animal performance between the two leys, but lambs performed marginally better on the herbal ley.

There were few differences in the total herbage production in 2020 with the ley averaging around 10t DM/ha, very similar to the figure recorded in 2019.

“This is an excellent level of output for such a modest input of nitrogen,” says Mr Duller.

As well as provide feed for his flock, Mr Morgan hopes that growing these leys might help him access post-Basic Payment Scheme support.

“They capture carbon from the atmosphere and transfer it to the soil, so they perform an environmental good,’’ he says.