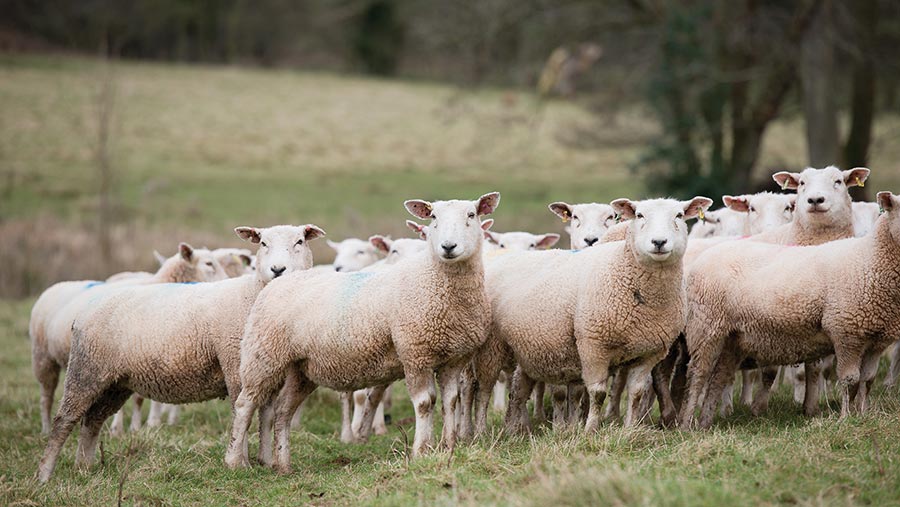 Herefordshire sheep and beef farmer Richard Thomas is moving towards a lower-risk, lower-cost system, through regenerative farming practices, to ensure his farm can be profitable after BPS.

Afraid of being trapped in a “spending cycle”, he has moved to a lower-input, lower-cost regenerative farming system.

“With our diesel, fertiliser and other input prices only likely to increase, I felt our business would struggle to survive without BPS,” he says. “It just wouldn’t work to stay trapped in a spending cycle.

“A higher-input, higher-cost system is fine when weather and markets are favourable and everything goes to plan. But, if it doesn’t, the risks and financial losses are too high.

“We need to farm with fewer inputs. It means accepting some uncontrollable factors but hopefully we’ll be better placed to ride the waves in future,” says Mr Thomas.

About five years ago, he farm started improving various areas, including field drainage and animal health. Discussions with other farmers have led him towards regenerative farming.

Although it is still early days he is trying to create a more holistic farming system and capitalise on the way that soil, plants and livestock interact and benefit each other.

Key changes to date have been to switch to rotational grazing, focus on improving the soil, swap indoor for outdoor lambing, and introduce Romney cross Aberfield ewes.

The sheep were moved from set stocking to rotational grazing three years ago to see how much more grass could be grown if stock were moved more often. The aim is for taller covers with long root systems to help build up humus and improve soil structure.

Lambs are moved roughly every two days, with ewes and cattle grazing a paddock for two to three days at most. This is because from day four, the stock start to graze the sward too hard, Mr Thomas says. 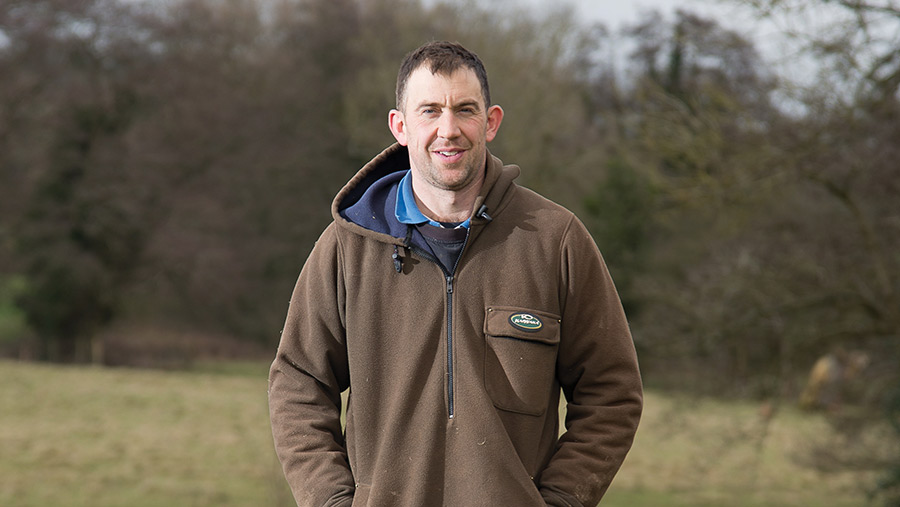 Fields are rested for as long as possible, usually 30 to 40 days in the main growing season or 50 to 60 during the shoulders of the year. This also allows time for the soil to recover its biological function.

Rotational grazing has meant investment in more electric fencing, overground water pipes and mobile troughs so fields can be split. These costs will be offset over time, for example by reduced spending on fertiliser.

“We were growing around 80kg dry matter (DM)/ha/day on some of our best herbal leys in May, with no fertiliser,” Mr Thomas explains.

Lamb growth usually averages 250g/day – although this year it has been nearer 225g as he works through an issue with cobalt and worm burden.

The aim is to increase that to about 300g/day. “I wouldn’t want to go much higher as I think it can put too much pressure on the animal,” he says “We are focusing more on profitability per acre than individual animal performance.

“Lamb days on farm have dropped and the aim is to sell all lambs off grass before the tups go back in. We’re not quite there yet but the vast majority are gone by Christmas.

Mr Thomas has switched from buying Texels to Romney cross Aberfields, which are better suited to the grass-based system. They are New Zealand Romney genetics, with good body capacity.

Ewes lamb on permanent pasture and then move on to herbal leys after one week, as soon as grass growth allows. Lambs are bunched up into larger groups over two to three weeks and then they start rotational grazing at four to five weeks.

On the first year outside, drift lambing worked well, where a group of 50 or so ewes would lamb and the rest would slowly move on to new grazing.

“This year we were set stocked at lambing but I personally found it more difficult to keep track of progress, so we’ll go back to drift lambing next spring.”

The lambing start date has moved gradually from early March, indoors, to the first week of April, when the grass is better quality and supports colostrum production. “Health is much better now. We have hardly had any joint ill or watery mouth outdoors, which we used to struggle with indoors.”

Mr Thomas checks the ewes three or four times a day and tries to leave them quiet after early evening. Intervention should be needed even less as mothering ability improves further.

The number of lambs sold a ewe is currently just above 1.5, with large potential for gain as genetics improve.

There are cost savings of at least 15% without the housing, labour and feed costs of lambing indoors. Most of those savings initially went on infrastructure, but finances will now start to benefit.

Antibiotics use is now very close to zero while worm burden has reduced overall. Doing faecal egg counts helps make sure worming is targeted and justified.

The cattle are in two groups, with autumn block calving outside and spring calving inside. Some are set-stocked all year round for finishing, with beef supplied to a local butcher.

Last summer Mr Thomas tried some of the cattle on rotational grazing and it worked well. Steers averaged 800g daily liveweight gain on the system, and the aim is to try to steadily increase that to 1kg.

“There’s potential to calve all cattle outdoors in future,” he says. “We’d need to change the system so they calve a couple of months later, in May.”

Initially, Mr Thomas planted a ryegrass and red clover mix, then tried a herbal ley for the first time in 2017, with species including chicory, plantain, timothy, cocksfoot and bird’s foot trefoil.

He has found that the greater number of species, the greater the boost to the biological function of soil microorganisms.

“We know we need to improve this and we don’t want to continue to rely on the chemical input crutch in the medium to longer term. But it can be tricky to make the transition between systems and it’s important to do it at the right speed.

“I do a lot of background reading and we have a local ‘regen’ farmer discussion group which is really helpful. Often it’s good just to try something on a small area to begin with.”

In the longer term he hopes to increase cattle numbers and have fewer sheep as he thinks cattle graze in a more regenerative way.