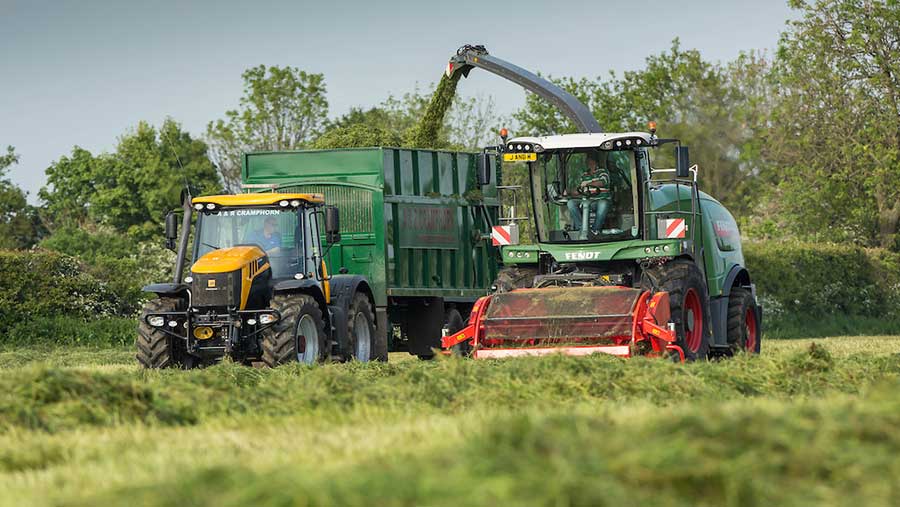 If the lack of rain continues, it may be worth considering cutting grass for silage early this spring, rather than leaving it longer.

This is the advice from Peter Smith, Ecosyl silage specialist.

In the past day, some areas of the country received rain following a prolonged dry period.

Where rain has arrived, he warns farmers to watch out for the uptake of unused nitrogen fertiliser into the crop before cutting, which could otherwise buffer the fermentation.

Grass should contain less than one part per 1,000 of nitrate before cutting.

Mr Smith says he has received a number of enquiries from farmers about what to do when grass growth has stalled because of the dry weather.

He says there are two options:

If grass is left and conditions remain dry in your area, there is a risk that both quantity and quality will suffer as the grass starts to dry out and die back.

“If the grass becomes stressed due to drought, there is a risk it will start to produce seed heads prematurely – compromising quality – and turn white in the base, which will affect its ability to regrow,” he explains.

Therefore, he is advising farmers in drier areas to consider cutting silage early.

See also: How to ‘home-test’ grass to know when to cut for silage

“By cutting silage fields early, you could still harvest a reasonable crop and have your first cut safely banked. By leaving green stubbles, it should also be easier for it to regrow,” he explains.

He says farmers cutting early need to be careful because the crop may wilt faster than they expect.

“With a lack of rain, the grass may already be at about 20% dry matter (DM) stood in the field. So, if you mow in the morning and ted it within an hour, it might hit a target of 30% DM that same afternoon and be ready to harvest that evening.”

“The other thing to consider is if you leave cutting a fortnight and rain settles in, you may not be able to get back in the field to cut it before the end of May.”

Ultimately, Mr Smith says cutting decisions should be made on a field-by-field basis, and it may be a case of cutting some and leaving others.

Other considerations include checking whether slurry has been adequately washed in before cutting.