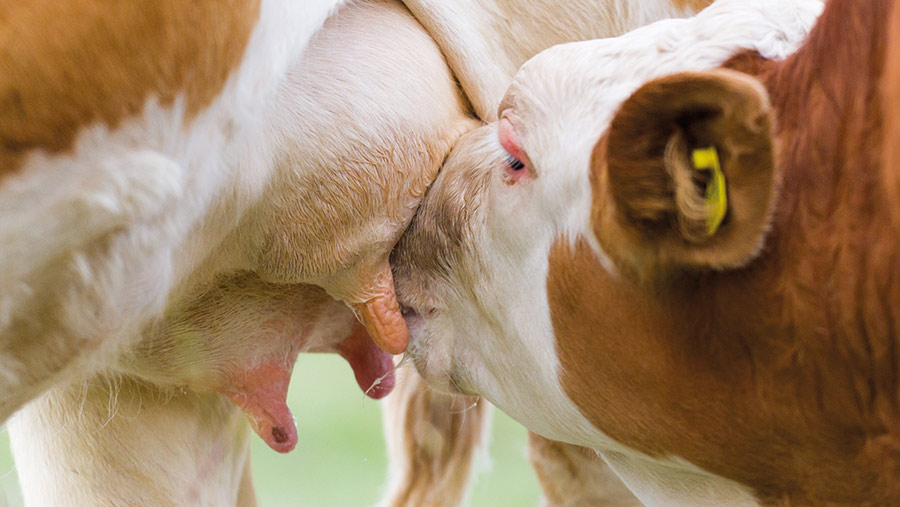 Forward creep-grazing with creep gates or electric wires is a simple technique suckler systems could try this year to help performance.

With feed costs becoming eye-watering, the benefits of the system mean the technique is worth exploring, explains grassland consultant Poppy Frater, of Scottish Agricultural College Consulting.

“It’s a great tool for suckler systems,” says Ms Frater, who recommends targeting entry covers of 10-12cm and residuals of 5cm on a one- to three-day rotation, with 15- to 25-day rests to maximise pasture quality and grass use.

She says a single strand of electric wire at least 1m above the ground will contain cows and allow calves to wander.

“Some potential issues are calves not respecting fences as yearlings, but farmer experience seems mixed. Watch out for calves knocking posts and dislodging fencing.

“Also be aware visible barriers such as dykes, hedge lines and posts will reduce the chance of calves creeping forward.” 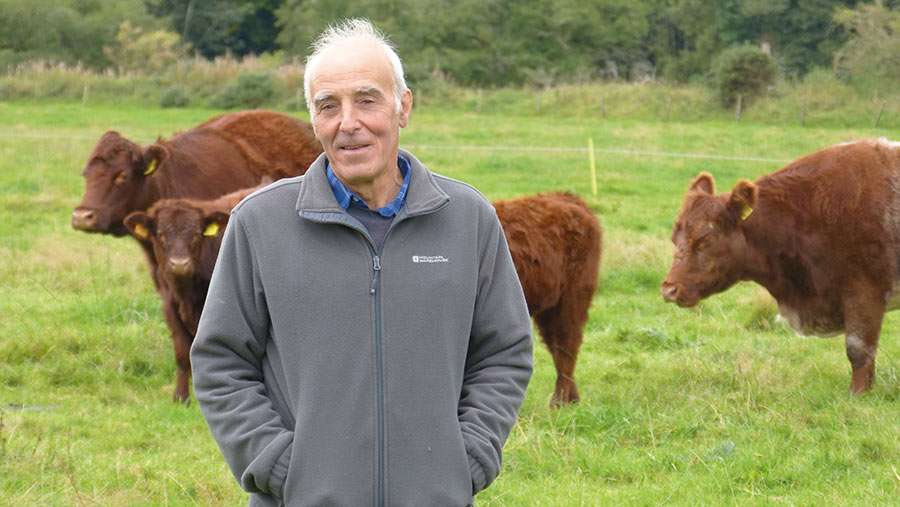 Over the past eight years, Giles Henry of Oakwood Mill, Selkirk, and his son, Stuart, who now holds the tenancy, have seen the pure Luing cows in their Ettrick herd wean more calf as a percentage of their body weight.

This measure – cow efficiency – has lifted from 33% to 45% during this period.

Genetics plays a part, says Mr Henry, who has selected cows that thrive off forage and hold to the bull in just six weeks.

He has also actively culled out the bigger cows and retained heifers from females with the best weaning efficiency. But he says allowing calves to explore the field and cherry-pick the pasture has maintained weaning weights.

The swards have a high clover content, as the organic system uses no synthetic fertiliser.

“If they are smaller, I can stock three more cows on the same ground, and that’s going to lift income.”

As well as having better-grown calves at weaning in October, weaning is quieter and quicker, says Mr Henry.

“Calves are familiar with being away from their mother and socialising with their peers, so this has helped weaning, too.”

Weaning is done behind a strong hedge or fence. Cows are walked onto the next paddock and the calves are left grazing the clover and kept back to wean.

In just three to five days calves are moved away to fresh grass.

Cows are outwintered on a rough hill and come down to the grazing platform to be rotationally grazed on 1ha paddocks in three-day shifts a day or two before calving starts on 1 April.

A single strand of electric fencing subdivides paddocks using 1m plastic posts. The wire is lifted onto the highest notch across most of the fence to allow calves under.

Calves can wander to the next paddock, typically from six weeks old, and continue to do so right up to weaning. They can explore right across fields, often six paddocks away.

Mr Henry says cows respect the fence, while youngstock have no issues with adjusting to being fenced in their first winter when grazing forage crops. 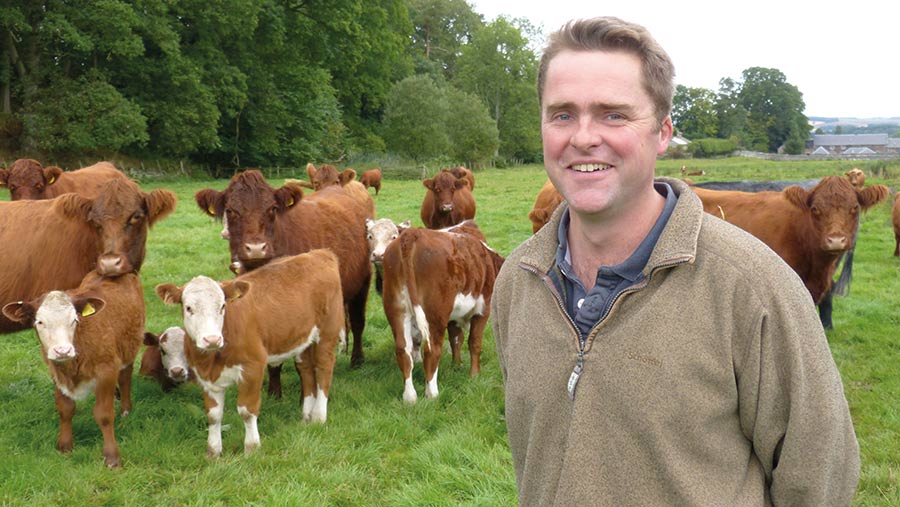 The Wilson family at Cowbog Farm, Morebattle, keep September-October-born calves on cows until June, and they graze them from April turnout with a creep gate to allow calves the first pick of the grass.

About 45 cows of the 100-head herd, which includes 70 purebred Herefords under the Romany prefix, calve in the autumn.

They then spend the summer grazing with a creep gate in the field to manage body condition score and ensure easy calvings.

Most bulls (about 75%) come from the elite pedigree autumn-calving herd, so managing this herd efficiently is key to herd and farm profitability.

The farm uses two gates in separate fields – one for the bull calf mob (which is creep fed) and one for heifer calves (not creep fed).

Gates are put across adjoining fields, or, on larger fields, temporary electric fencing (single strand) can subdivide the grass and a creep gate is put in with the posts.

The creep gate has been used for four years, which has helped cow condition and calving.

Only 3% of cows require assistance for malpresentations and the farm has recorded just four caesarean sections in 24 years.

“We keep autumn-born calves on the cows to keep the cows working,” he explains. “Without calves they would get too fat. And the creep gate means the calves get the best grass, so the cows don’t.”

All cows calve outside, the spring calvers in 10 weeks and the autumn calvers in 12 weeks.

“Cows are calved near the farm where there is a calving gate. Cow size has fallen 30kg to 770kg, but calf weights have been maintained with creep grazing.”