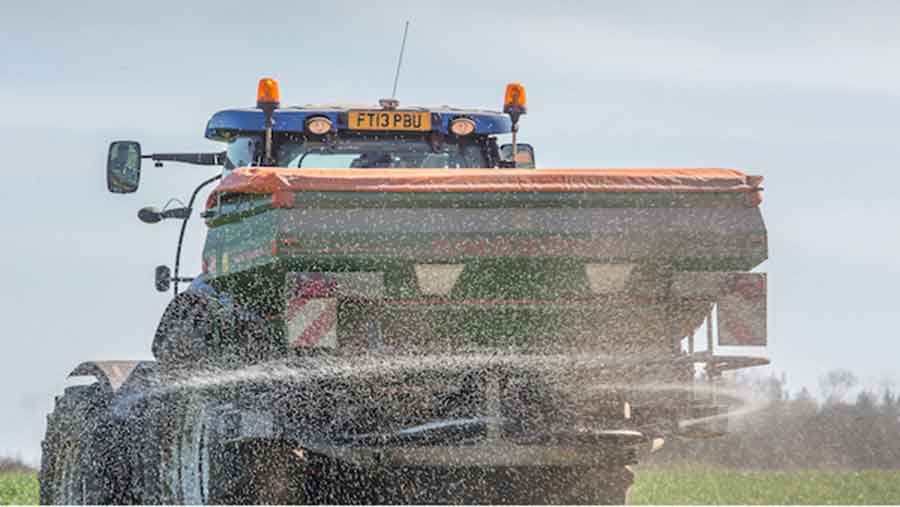 Ammonium nitrate (AN) has produced 15% more grass on average over first- and second-cut silage than using urea as a nitrogen source in a three-year research project at Reaseheath College in Cheshire.

The same trials also revealed an average 8% lift in production in grazed grass over the years from 2015 to 2017 while showing a wide variation in results achieved from all the urea-treated land.

The gains from AN are significant with the difference being as high as 30% in 2015, explains CF Fertilisers’ western regional manager James Holloway.

“The majority of the problem lies in the weather conditions usually experienced within the main fertiliser application windows and the fact that large quantities of paid-for nitrogen in the urea are being lost to the atmosphere through volatilisation before plants can use it.”

On the AN-plots an average of 10.2t DM/ha were produced for first- and second-cut silages while on the urea plots this was just 8.9t DM/ha.

“This was a bit more than we saw last year (2016), but less than the difference observed in 2015. Nevertheless the 15% gain seen in 2017 matches the overall average when the three years of the trials are put together,” James Holloway points out.

Interestingly, the three years represent a range of different growing conditions: from the very dry conditions of 2017 to the relatively cold and wet spring experienced in 2015 and the mild and wet spring of 2016 – so the AN advantage is not just tied to one particular set of conditions.

In the grazing work, 50kg N/ha was applied for each of the first and second grazing rounds and 40kg N/ha for the third and fourth rounds. These grazing plots were in the same field as the silage trial and again the same amount of nitrogen was put on either as Nitram (AN) or urea.

The three-rotation yield average for the AN-treated grass was 6.4t DM/ha. However, for the urea it was 5.9t DM/ha. This represented a benefit of plus 8% in favour of the AN.

Livestock producers relying on urea, even for early spring applications, for their grassland nitrogen are therefore taking quite a considerable risk with the production of their most valuable feed resource, he believes.

“Farmers often think they are saving money purchasing urea, as per unit of nitrogen it often appears cheaper, although the gap has closed considerably in recent years.

“If you look at the Reaseheath trials, initial savings of £1,000 on a 80ha system were possible when using urea in place of AN, but the potential loss in production in grass yield at this scale was around £11,500 in replacement concentrate energy.”