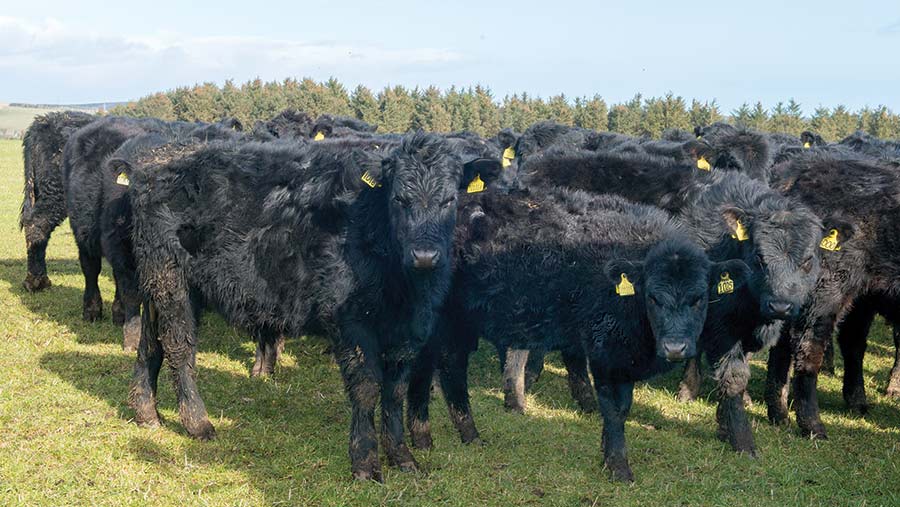 Mimicking the natural behaviour of herds and wildlife and the way they graze land could help farmers increase their grass productivity by up to 300% without expensive inputs and reverse climate change.

Essentially it gives farmers the insights and management tools needed to understand every intrinsic bit of their business. This means they can adapt their decisions to meet the needs of the land, their livestock and themselves.

“It is about having the right animals, in the right place, at the right time with the right behaviour and for the right reasons,” Mr Cooke told farmers at the event.

Find out more about how holistic grazing works and read the case study below.

In practice, animals move from paddock to paddock mirroring the natural herding behaviour of animals. Grazing involves longer rotations of ideally 30+ days, which gives grass time to fully recover before being regrazed.

The grass is grazed for short periods and longer grass is trampled, incorporating organic matter into the ground. The manure is also spread more evenly.

It is, however, different from mob and rotational grazing, as those systems don’t take in to account the time needed for certain species of grass to fully regenerate, wildlife habitats and the water, mineral and energy cycles (see table below).

Leaving the grass to rest for longer periods builds resilience in the soil. More energy is harnessed from photosynthesis, creating a stronger and deeper root system.

“Well-managed livestock are earth’s natural regenerators. When you regenerate soil, the entire ecosystem works more effectively. Wealth starts with the soil,” he said.

Mrs Cooke said farmers can increase the amount of fresh grass per acre from 635kg to 2721kg by switching from set stocking to holistic grazing.

She said: “Grass is not adapted to be set stocked. If plants are severely grazed, they shed their roots as the plant is not getting as much energy from photosynthesis.”

He said: “Holistic grazing is net positive in terms of carbon production, with 3.5t of carbon going into the grassland per hectare.”

Mrs Cooke explained how within the soil methanotrophs digest methane. In addition, she says by improving photosynthesis of the grass by not grazing it so heavily, farmers could help ‘clean up’ the air.

She said: “Transpiration of plants during photosynthesis creates hydroxyl radicals, which are detergents of the atmosphere and clean up methane.” 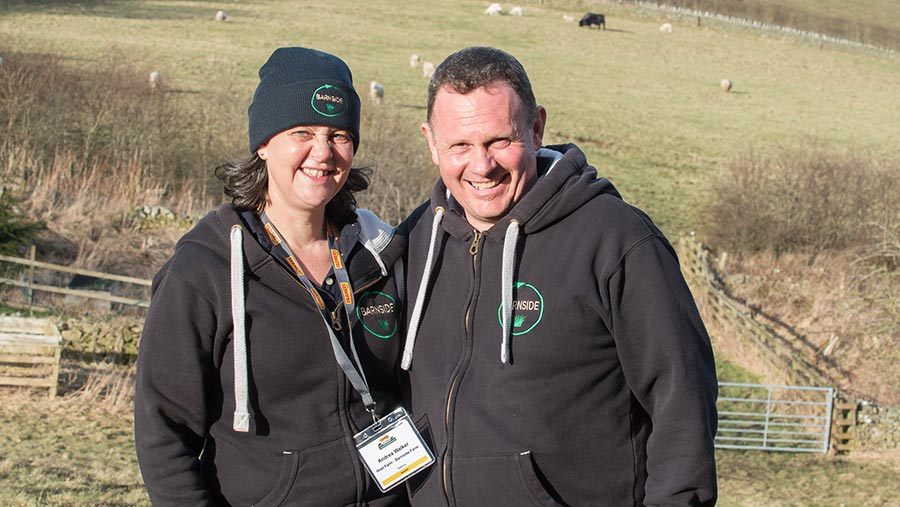 Charley and Andrea Walker trialled holistic grazing with cattle last year to build resilience into their organic grassland farm in the Scottish Borders.

Prior to this they had been paddock grazing sheep and cattle for six years at Barnside Farm near Duns, but the drought of 2018 left them woefully short of feed and led them to reassess their strategy.

“Your mind is a bit more open to change when the wheels are coming off your system,” admits Mr Walker.

Mrs Walker adds: “We looked at it after the drought and we would have been far more drought hardy had we had been trying it.”

Mr Walker had read a lot from holistic management advocates Allan Savory and Gabe Brown and undertook a three-day course last February. He saw it as an opportunity to build soil health and improve organic matter on their poorer hill ground.

“I’ve always been really interested in the holistic approach. But the thing that kicked us over the line was the 2018 drought. Our grass growth would always plateau in the summer and we’d get a flat wedge.”

Last spring and summer, cattle were grazed in a single mob of cows and calves. They were stocked initially on 36ha of hill ground. This was divided into 12 paddocks split roughly into 3ha and cattle were moved every two days.

Mr Walker admits it took a while to get his head around, especially having practised paddock grazing successfully for so long.

Under holistic grazing, utilisation is reduced because more grass is trampled into the soil.

“It looks like your cows have got out in your silage field. It looks really untidy,” admits Mr Walker.

But being part of a mob-grazing group gave the couple the confidence to persevere.

To start with, cattle were moved around 12 paddocks on a 24-day rotation and entered fields at high covers – over 4,000kg DM and leaving behind about 2,500kg DM – although it is impossible to measure with a plate meter, admits Mr Walker.

However, soon afterwards he realised the rotation was too short and covers were being grazed too hard, so he brought in another six paddocks and extended the rotation to 36 days to rest fields for longer.

Grass leys are made up predominantly of perennial ryegrass, white clover, timothy and cocksfoot, but also include naturally regenerating native species.

Improvements in soil health are also visible and the animals have performed well.

Heifers and steers averaged 1.07kg up to weaning and pregnancy rates have been good.

The Walkers, winners of the 2019 Farmers Weekly Grassland Managers of the Year award, are now producing 44% more red meat/ha than pre-2012.

They alternate grazing platforms between sheep and cattle each year and although they remain unsure how, and if, holistic grazing could work for their flock of 540 ewes, they remain committed to practising holistic management with cattle.

They say they want to leave a legacy behind and improve their soil health for the next generation and believe holistic grazing will play a key role in achieving this.

Thanks to our event partners Germinal, Eurofins Agro and AgriWebb who enabled us to run this on-farm event earlier this month.