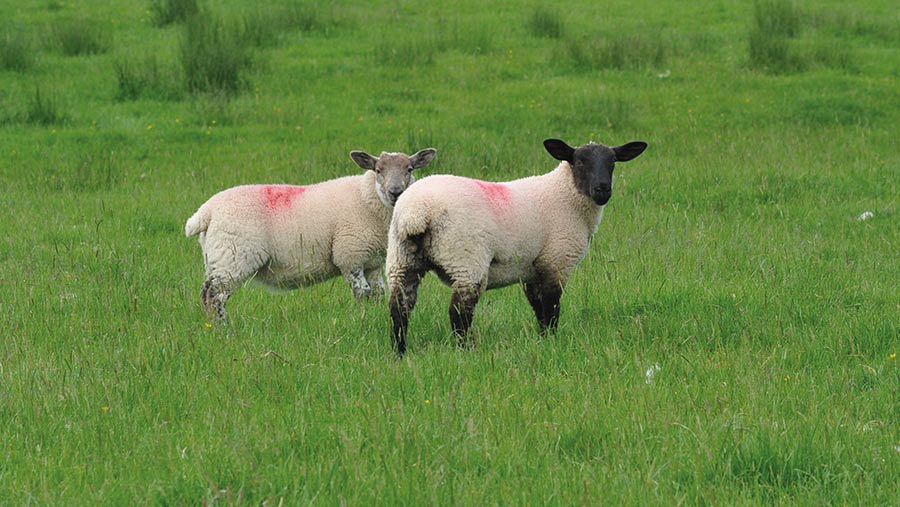 Lambs from Aberfield and Welsh ewes are finished © Debbie James

A winter grazing crop of Italian ryegrass, berseem clover and forage rape can finish more than twice as many lambs as an equivalent acreage of brassicas, a farm trial has shown.

There was also an added benefit of reduced soil and nutrient run-off.

James Powell has historically grown stubble turnips as winter feed for his upland flock of 1,000 Aberfield and Welsh ewes at Dolygarn, near Llandrindod Wells.

But he has concerns about fields being bare until reseeding in early May.

With an average annual rainfall of 1,300mm and the farm’s location above the River Ithon, there is a risk of run-off, affecting water quality, and loss of valuable soil nutrients and density.

Mr Powell looked at alternatives through his involvement as a Farming Connect demonstration farm. 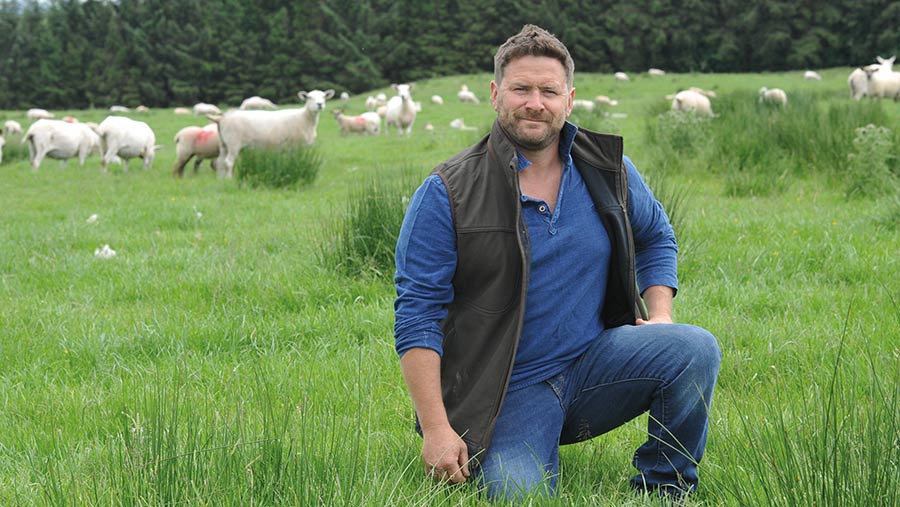 About the trial and results

In 2020, he sowed 4.6ha (11.3 acres) of a forage rape, Italian ryegrass and berseem clover mix and trialled it against an area the same size of rape and stubble turnips.

The forage mix exceeded his expectations – by December he had finished 184 lambs, generating an income of £16,846, compared with 81 on the brassicas and an income of £7,503.

Finishing weights were similar – the forage-grazed lambs produced an average liveweight of 42.63kg compared with 43.2kg, on average, in the other group grazing brassicas.

At the end of the trial, 1.6ha (4 acres) of brassicas remained. For the Italian ryegrass mix, it was 0.80ha (1.9 acres), together with regrowth over the whole area.

So there were more grazing days left on the brassicas, but the ryegrass regrew afterwards.

This additional feed was not available from the brassica field.

The cost of establishing the crops was similar, apart from the seed, although this was a significant differential – at £110/ha (£45/acre), the forage mix was £87.50/ha (£35/acre) more expensive than the brassica seed.

But forage and grassland specialist Charlie Morgan, who oversaw the trial, warns this cost difference must not be considered in isolation.

The forage ley provided additional benefits – ewes and ewe lambs had grass to graze in the spring ahead of lambing and a silage cut was taken before reseeding.

“When these factors are considered, the cost is well justified,” Mr Morgan suggests.

He points out that allowing a field to sit empty for several months is “expensive rent”.

“There is a high risk of losses, too. Soil needs to be covered much of the time,’’ he says.

And, importantly, in wet conditions, soil erosion from a field covered in grass is less than from bare ground.

The trial showed that activity in the soil growing the forage crop was 50% higher than in the brassicas.

Mr Powell is no longer growing brassicas and says the trial results had shown him there was an alternative that was more economically and environmentally sustainable.

Protecting his farm soils is a priority going forward, he says.

“We’ve sown rape and grass together this year to make sure the soil is covered throughout the year, as nature intended.

“We want to farm in a way that is exciting financially and is sustainable and environmentally responsible, to provide a future for our three sons, should they one day want to farm.’’