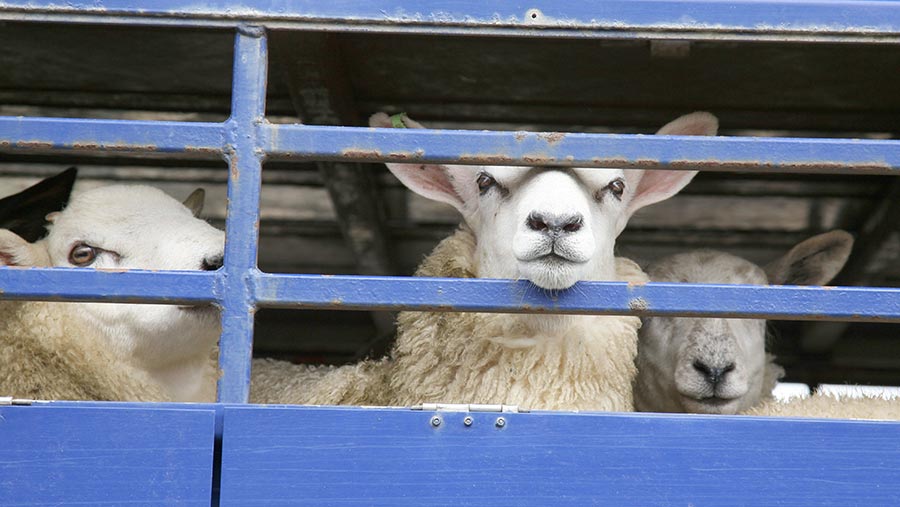 Farmers can choose to set up Quarantine Units (QUs) to move cattle, sheep or goats onto their farm, without observing the Six Day Standstill (6DSS) rules on their entire holding.

If farmers don’t choose to establish a QU all stock must continue to adhere to the 6DSS.

It will make around 6,000 existing isolation units legally redundant in Wales and the gradual phasing out of 6,000 Sole Occupancy Authorities by October 2018.

Wales’ Chief Veterinary Officer Christianne Glossop told Debbie James why QUs were introduced and explained how they will work.

A designated area on the farm, either indoors or outdoors, which an approved certification body considers suitable for isolating cattle, sheep or goats for six days once they arrive on the farm.

Livestock keepers can either use the 6DSS or a QU or use both options in tandem.

Why were they introduced?

It means that animals can be moved off the main holding while incoming animals observe the 6DSS requirements in a QU.

Livestock keepers must report individual movements into QUs within 24 hours, via the Cattle Tracing System (CTS), or EIDCymru for sheep and goats.

Movements out of a QU to the main holding must be reported within three days.

Why not continue with the old system of Isolation Units and Sole Occupancy Authorities?

Unlike QUs, Isolation facilities did not provide an appropriate level of biosecurity; they were not inspected, other than the initial approval by the Animal and Plant Health Agency (APHA), to ensure standards were maintained or being used appropriately.

The exemptions around these were complex and farmers told us this when we reviewed the arrangements around movements as part of the Working Smarter review.

QUs simplify the standstill regime and give farmers greater flexibility while maintaining the movement controls that are needed to prevent the spread of disease.

QUs are a genuine attempt to balance farmers’ needs with the needs of disease control.

QUs were developed at the request of, and in close collaboration with, the farming industry.

Farmers shouldn’t see QUs as a hassle and a means of getting around six-day standstill, if they are bringing animals onto their farm there is a disease risk.

How many new QUs have been approved and/or applied for?

How do farmers apply to have a QU on their farm?

Applications must be approved by the certification body, Quality Welsh Food Certifications Ltd.

How much does it cost to apply for a QU?

These payments cover the costs incurred in the certification process

How long will the certification last?

Where should the unit be sited?

It must be located away from livestock already on the farm or on neighbouring farms.

QU is there to provide a disease firebreak so there must be no risk of contact with other animals.

After initial approval does the QU require further inspection?

Unannounced inspection by the APHA may take place whilst the QU is in use.

What if TB is identified?

The main holding and any QU is treated as one unit so movement controls and TB testing requirements apply to both.

Only cattle that have tested negative for TB within 60 days of the herd test are allowed in a QU.

Once cattle have completed their quarantine period they don’t need a pre-movement test before they move to the main holding.

Can I still attend shows and sales?

If an animal that has attended a show returns to a QU, it can then be taken to subsequent shows without incurring a 6DSS by leaving and returning via the QU. A 6DSS will only apply following the last show.

Animals do not need to be quarantined before they are taken to market or sale but animals that are unsold and are returned to the farm are subject to the 6DSS.

Animals must serve six days in a QU and be moved to the main holding before they can be presented at a further market or sale.

Alternatively, these animals can be returned directly to the main holding where the 6DSS rules will apply.

If animals are part way through a quarantine period when animals are introduced into the QU, the 6DSS restarts.