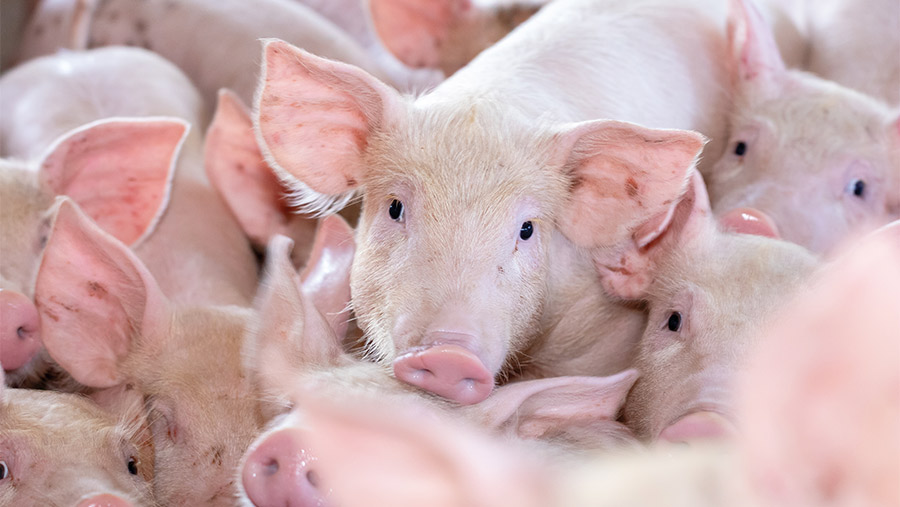 A study of the practices on Danish farms weaning piglets without medical use of zinc oxide also found that good staff were critical to success.

Zinc oxide is widely added to weaning diets to control post-weaning diarrhoea, but its use will banned in June 2022.

The work, co-ordinated by Seges, the Danish agricultural research and extension organisation, has been used to update national advice on post-weaning management.

To find common management features on farms successfully weaning pigs without zinc, Dr Christian Fink Hansen, director, Seges, recruited a group of 26 farms known by vets to be weaning without the additive.

The trial farms produced a total of 600,000 weaners a year. All farms had cut zinc oxide use and three had been zinc-free for more than a year.

Antibiotics data for each farm was taken from Vetstat, Denmark’s national drug use reporting and monitoring programme.

Of the 26 farms surveyed only two were not actively trying to increase feed intake to help drive growth in the weaners immediately after weaning.

There were several strategies employed to increase the volume of food offered, food eaten or the feed space given to piglets. These included:

Skilled and experienced workers were a critical part in the equation of removing zinc oxide.

A designated weaner manager was essential and low turnover of staff helped.

“In many cases this might be more important than what exact protein levels are in diets,” said Dr Fink Hansen.

All 26 zero-zinc farms were experimenting with low protein levels to differing degrees.

There was considerable variation in overall protein and lysine levels. Crude protein levels in piglet diets varied from 14.8% to 20.5% and the average was 18.8%.

Feeding lower levels of protein in post-weaning diets reduces the amount of undigested protein in the hindgut.

Low-protein feeding is working on the piggeries in the study group and has also been found to deliver good results in a recent Seges trials (see box below).

Seges has added low-protein feeding to its nutritional recommendations.

The trial found the best approach was to feed low protein (17.5%) in the first two phases and a higher level of protein (19.5%) in the third phase.

Soybean meal content did not vary across the six diets and was increased across all six diets for each feeding phase. Overall protein levels were adjusted by altering soy protein concentrate, potato protein and fish meal.

There were three feeding phases for three different ages of pigs on six diets.

Low protein in the first two phases led to the lowest number of treatment days among the zinc-free diets.

Study findings
The pigs on the low/low/high protein programme saw the lowest diarrhoea treatment days among the zinc-free diets and had an equally good feed conversion ratio as the normal protein zinc diet.

However, pigs on the low/low/high diet grew 15g/day less than the pigs on normal protein and no zinc.

The Danish pig industry cut average medical zinc use from about 14.5g a piglet in 2015 to 13g last year.

Dr Hansen said: “We are seeing a drop in zinc usage but it’s a reduction in doses that is the main driver.”

He said many farms had successfully reduced zinc oxide from 2,500 parts per million (ppm) to 1,500ppm with no adverse side effects, but only 5-10% of Danish piggeries were weaning without zinc oxide.

Dr Fink Hansen said: “The goal is to find a cost-effective solution without increasing antibiotic usage.

“It is not an easy task for Danish farms. We still have a long way to go over the next couple of years.”

He stressed while there were three common factors in achieving zero zinc, each piggery must find what works for its own system and pigs.

“It’s on the agenda for everyone. We currently have a small number of producers who can do this successfully. Some of them have to use more antibiotics, unfortunately, so I am still a little concerned about what might happen to our antibiotic usage.

“We have a hard deadline of June 2022 and I don’t believe it’s going to change.”

This information is from a webinar, part of Biomin’s Antibiotics Reduction Expert Series, where Dr Christian Fink Hansen, director of the Seges pig research centre was speaking.