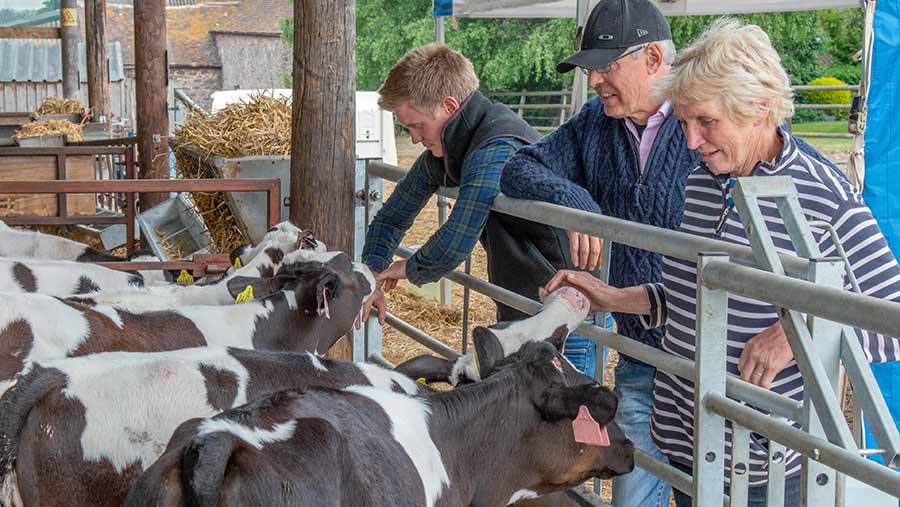 But by working closely with his vet, Tim O’Sullivan at Shropshire Farm Vets, he has since slashed spend to a current rolling average of 0.8p/litre.

“The major shift we have had is being proactive rather than reactive,” Mr Wilson told delegates at Farmers Weekly’s Rethinking Cattle Performance workshop, held at his farm near Shrewsbury, Shropshire, in association with Zoetis, XL Vets and Volac.

Mr O’Sullivan pointed out that level of spend is very much farm-dependent but added that investing in disease prevention should be a priority.

“There may be farms spending 2p/litre and getting a very good return on that but the key thing is what the 2p/litre is being spent on,” he said.

“If all the 2p/litre is going in treating disease with not enough investment in prevention then that’s where it’s unsustainable. We agreed together at the outset that the key to reducing the vet spend was to tackle the incidence and underlying causes of disease on farm.”

He outlined three ways they have reduced overall spend by improving cow health and management:

There has been an eightfold reduction in mastitis since erecting a new cubicle shed for higher yielding cows and increasing loafing area in older buildings.

“Before, we were probably trying to do too much with our hands tied behind our backs,” explains Mr O’Sullivan. “We wanted to make as much use of the old facilities, but we had a bottleneck – stocking rate was always over 100% and it was very difficult for cows to loaf.”

This has been overcome by:

Herd expansion from 110 to 220 milking cows has aided better transition cow management. “Previously, having 3-4 cows in a dry cow group made it difficult to mix feed. But being at 220 cows we never have less than 15 cows in the dry cow group so it makes it easier to feed,” concedes Mr Wilson. Being militant about the way freshly calved cows are managed and implementing strict protocols have been key to reducing the number of dirty cows 60 days post calving:

Mr Wilson carries out post-calving checks to ensure each cow is clean, although incidences of these have reduced due to the above.

The farm switched from feeding calves whole milk to milk powder two years ago and since then has really sharpened attention to detail on youngstock management.

Although vet spend is reducing, Mr O’Sullivan says it is good for both businesses.

“It’s not all bad news for the vet practice that vet spend has gone down. It’s more sustainable in the long term,” he says.

“If vet spend is at 2p/litre is it probably unsustainable and that person might only be milking cows until the next price fall. Whereas someone whose vet spend is 0.8p/litre is more likely to be in business in years to come.”

Mr O’Sullivan points out that it also gives farmers the opportunity to spend more on vaccination and preventing disease rather than “firefighting” with drugs.

Mr Wilson says this is being realised on farm, where now they are implementing more vaccines to prevent disease.

“We now tag and test calves for BVD and vaccinate for pneumonia. When our vet spend was over 2p/litre this would have been unaffordable, but having lower costs gives us the option to be more proactive and it’s a good position to be in.

“Long term, hopefully we are improving herd health and reducing antibiotics use, which is really important for us, as the pressure to do so is growing.”

Thanks to Zoetis, Volac and XL Vets, whose sponsorship made it possible for us to run the Rethinking Cattle Performance workshop. Farmers Weekly had full editorial control of this report.