A 15-month old bullock has choked to death after swallowing a helium balloon.

The Limousin cross bullock was found dead on a farm in Northumberland in late June.

The farmer suspected that the suckler calf had died after eating a poisonous plant and sent the animal for a post-mortem examination.

Ben Strugnell, an independent vet at Farm Post Mortems, carried out an autopsy of the dead bullock at his fallen stock collection centre, which operates at Warrens ABP, in Hamsterley, County Durham.

He told Farmers Weekly: “When I opened up the oesophagus, I could quite clearly see string extending from the trachea to the larynx, where the oesophagus meets the rumen.

“The green helium balloon itself was lodged in the rumen at the cardia, anchored in place by the string which was in the oesophagus. 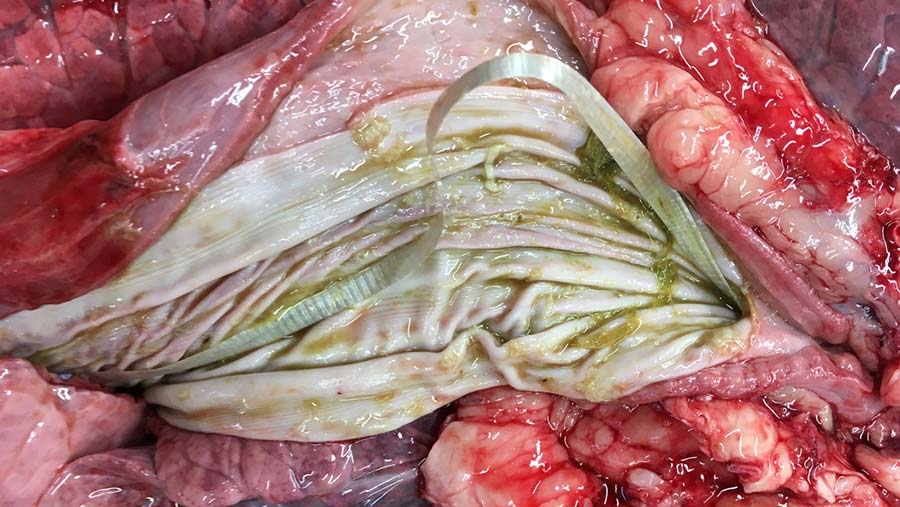 “This meant that the bullock was unable to get rid of the gas normally produced in the rumen [by burping], as the helium balloon had created a seal, like a ping pong ball on a snorkel.”

He added: “It must have been a slow, painful death for the bullock.”

Mr Strugnell described cattle as “indiscriminate” eaters, saying they were more prone than sheep to dying from swallowing foreign objects.

The death of the bullock has cost the farmer about £1,200. 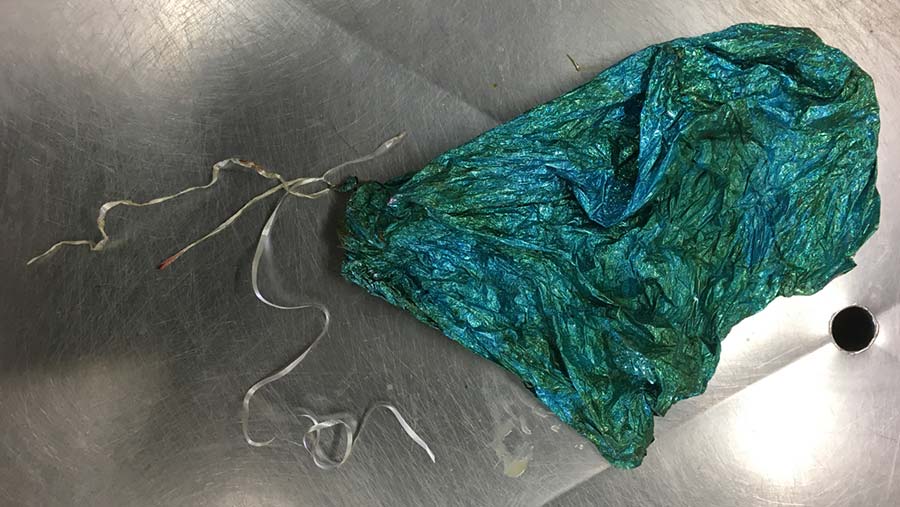 The helium balloon removed from the animal © Ben Strugnell

Mr Strugnell said helium balloons and paper Chinese lanterns released indiscriminately in the countryside were a danger to livestock.

“People need to know that if they release these objects animals will die,” he warned. “Leaving rubbish behind after a day in the countryside can also be a hazard.

“It is remarkable what cattle can eat. I once found a knife in a cow that had gone into its heart.”

Farm Post Mortems carries out routine post-mortem examinations of fallen stock for farmers in the north-east of England, working in partnership with the AHDB.

Elsewhere, in a similar incident, young Scottish farmer Robert Fleming has told how he saved a calf from choking on a 5ft party balloon.

You might think it's harmless fun but I've just had to pull a 5ft birthday balloon out of the mouth of a choking calf. The message written on the balloon ended 'whoever gets this, share on social media'. #NathanSmithFromBelfast pic.twitter.com/dinAt4op5y

Mr Fleming, who farms in Glenluce, Wigtownshire, posted a photo of the silver balloon on his Twitter page and wrote: “You [the public] might think it’s harmless fun but I’ve just had to pull a 5ft birthday balloon out of the mouth of a choking calf.

“The message written on the balloon ended ‘whoever gets this, share on social media’ #NathanSmithFromBelfast.”

Farming and industry unions, including the NFU and the Soil Association, have repeatedly called for Chinese lanterns and helium balloons to be banned from open spaces.