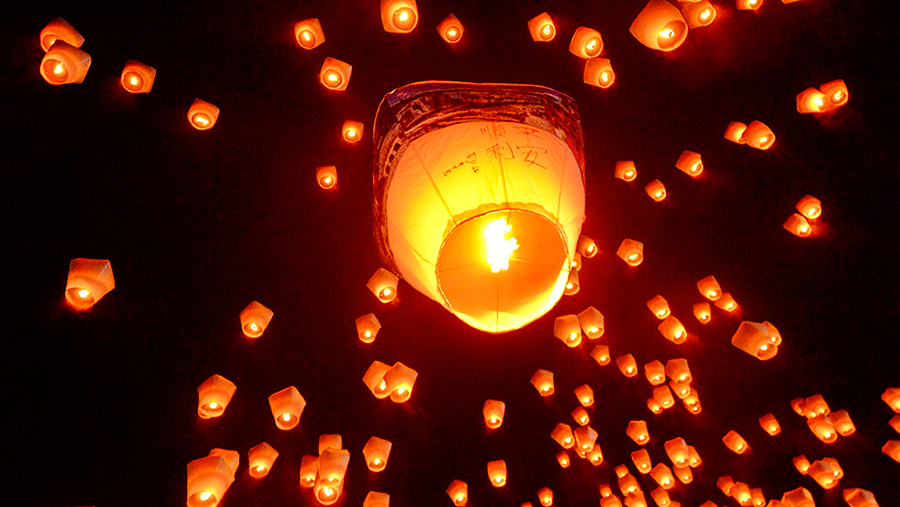 The RSPCA has called for councils in England to follow the Welsh example and ban the use of sky lanterns on their land.

Merthyr Tydfil County Borough Council became the final local authority in Wales to ban the release of sky lanterns on its land on Wednesday 7 February, following a unanimous vote. It comes into force with immediate effect.

The animal charity called the news “a huge success”, having long campaigned for the lanterns to be banned nationwide, but said there is still a way to go as more than 200,000 sky lanterns are sold in the UK each year.

The NFU has also celebrated the news, and thanked the borough council for supporting farming.

Rupert Weaver from the NFU land management team, said: “As well as the safety risks, most people don’t realise the litter nuisance it causes for farmers. It’s never the people who let the lanterns go who end up picking up the litter.”

More than 50 councils in England, out of a total of 353, have already banned sky lanterns, according to data collated by the NFU.

Incidents reported to the RSPCA