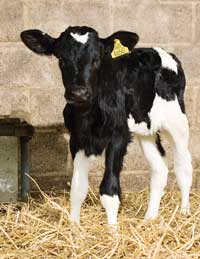 Failure of passive transfer of immunity to calves via colostrum has short and long-term effects, he said.

Long-term production losses are about $922calf, with a 21% increase in death losses in the first lactation and an average reduction in milk production of 2.2lb/day over two lactations.

Feeding higher levels of colostrum in the first two hours of life can significantly improve yield and culling rates.

And, feeding higher levels of colostrum within two hours of birth can significantly reduce culling rates through two lactations.

“Calves fed four litres of colostrum within two hours of birth had reduced culling rate of 14.9% through two lactations compared to 21.5% in calves receiving two litres.”