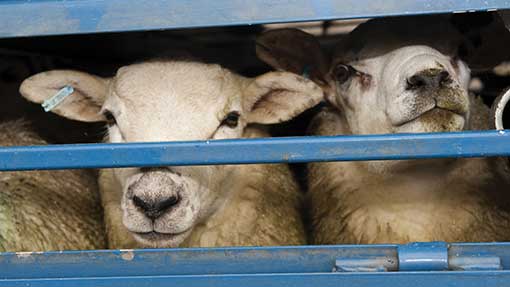 A local council which banned live animal exports from one of its ports is facing a £1.5m claim for compensation from Dutch meat firms.

Thanet District Council closed the Port of Ramsgate to live animal exports for five weeks in September and October 2012.

The High Court heard that Thanet suspended the trade the day after an incident in which two sheep were drowned and more than 40 others were destroyed by RSPCA inspectors.

But judge Mr Justice Birss said that Thanet, as port authority, was obliged by law to keep the port open to lawful trade and knew full well that it had no animal welfare remit or power to impose any kind of ban on livestock exports.

Although the judge said it was possible to sympathise with the council,  which had long wanted to stop the deeply unpopular trade, it had acted beyond its powers and in flagrant breach of EU free trade rules.

He added that the safe operation of the port was not the reason the ban was imposed. Instead the judge said Thanet’s true motive was a “moral and political” one.

In a judgment extending to 18,000 words Mr Justice Birss continued by saying that  the Animal Health and Veterinary Laboratories Agency – not Thanet – had responsibility for ensuring animal welfare. And he ruled that the council’s action “was a serious breach of a fundamental element of the EU Treaty”.

“The animal export trade is not popular. It involves activities which are highly distasteful to many people. However, the law does not exist only to protect the interests of the popular,” Mr Justice Birss said.

“I have found that Thanet District Council did not have the authority to impose the ban.

“It was a disproportionate decision, reached in haste without separate legal advice, and breached a fundamental element of the rules governing free trade in the EU. In my judgment, the council is liable to pay damages to the claimants.”

The High Court’s decision opens the way for three dutch meat businesses – Barco De Vapor BV, Onderwater Agneaux BV, and Johannes Onderwater – to win substantial compensation for the suspension of their trade through the Kentish port in September and October 2012.

The three Dutch exporters put their losses as a result of the ban at around £1.5m .  However, the exact amount of compensation due to them will have to be assessed at a further court hearing, unless agreed before then.

Earlier this month, the boss of the company transporting the sheep which prompted the ban was fined £19,000.  Thomas Lomas, of Kent company Channel Livestock, admitted transporting the animals in a way likely to cause undue suffering.

He was also given a six-month prison sentence suspended for two years by Dover magistrates.