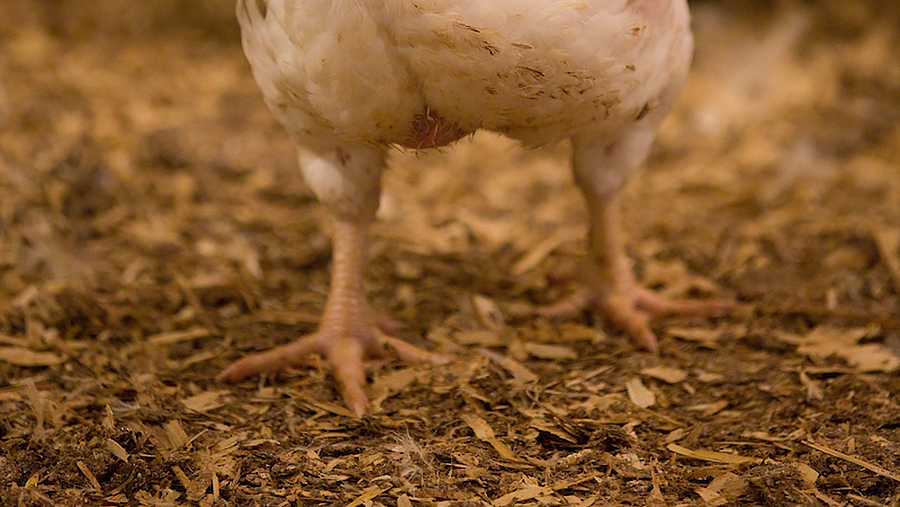 Research carried out over recent years has confirmed a strong link between poultry diets and the onset of wet litter syndrome, according to Professor Richard Ducatelle from Ghent University, Belgium.

He says there is a distinct north/south split regarding the significance of the problem in Europe.

“The UK and countries in northern Europe are those most predisposed to the condition, which we now know is caused by changes to the microbial populations within the gut,” he said.

“Its significance has been heightened in the wake of the EU’s decision to ban the routine use of antimicrobial growth promoters, or AGPs, and the veterinary profession’s commitment to reduce the level of antibiotic usage within the poultry sector.

“The earliest research work confirmed that birds fed wheat-based diets are more prone to the condition than those fed diets containing corn.”

Numerous international research projects have shown that changes in gut microbiota precede the onset of the wet litter problem, also known as dysbiosis. Prof Ducatelle added that work is ongoing to identify suitable AGP substitutes, which can help counter the problem.

“Some short chain organic acids have been shown to have beneficial effects on performance,” he said. “A case in point is butyric acid, which can be added to diets in the form of a butyrate salt.

“Butyric acid has well documented anti-inflammatory effects and has been shown to strengthen the gut mucosal barrier through the stimulation of tighter junctions between the cells of the gut epithelium. This, in turn, may promote better gut health and digestion. The amino acid L-glutamine may work in a similar way.

“We also know that feeding excess protein can exacerbate ‘leaky gut’ problems. In such instances lactobacilli will produce excessive amounts of hydrogen sulphide. In small amounts this gas will not create digestive upsets. However, in those instances when H2S concentrations in the gut start to increase, inflammation will result.

“There is also a requirement to further research potential links between dietary particle size and the onset of dysbiosis.”

The Belgian research veterinarian said the jury was still out regarding the use of dietary probiotics and prebiotics as a means of reducing wet litter syndrome.

“There is some evidence that additives of this nature may help to enhance the levels of short chain fatty acids in the gut, including butyrate. If this can be shown to be the case on a consistent basis, then there might well be a role for them in diets.”

Representatives from integrator Moy Park confirmed to Poultry World that they have commissioned Northern Ireland’s Agri-Food and Biosciences to research the development of new wheat varieties, which would be more suited for inclusion in poultry diets.

“This will not be a straightforward process,” said the company’s John Sloss. “In the first instance we need to find out which specific attributes of wheat actually contribute to wet litter problems on-farm. After that, we can develop the required plant breeding programmes.”