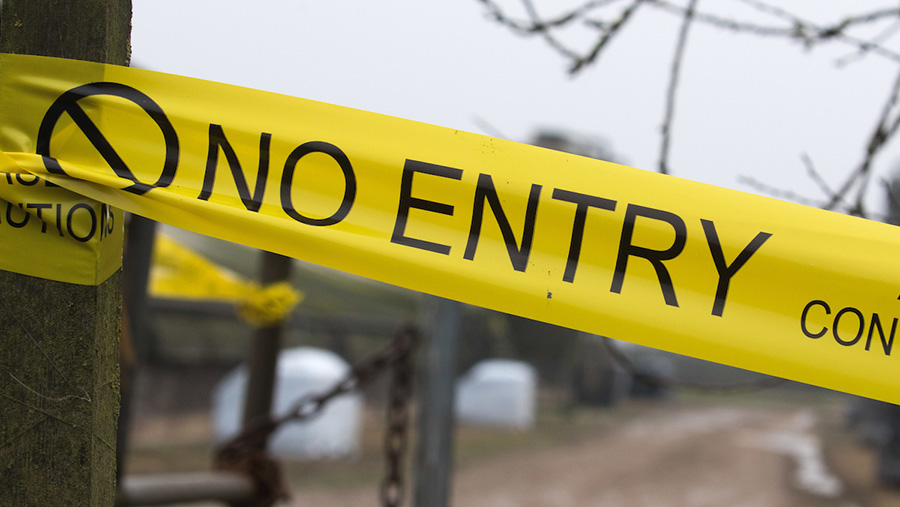 A suspected case of food-and-mouth disease has seen a temporary control zone declared on the Norfolk-Suffolk border.

Defra says preliminary test results do not indicate the presence of foot-and-mouth – but further tests are under way to rule it out.

The 10km-radius zone, which restricts the movement of susceptible livestock, came into effect at 10pm on Thursday (23 June).

It centres on a pig farm between the village of Hockwold-cum-Wilton in Norfolk and the market town of Brandon in Suffolk.

In a statement, Defra said: “We are currently investigating a suspected case of foot-and-mouth disease in England.

“Movement restrictions and a 10km temporary control zone have been put in place on the farm in Norfolk as a precaution.

“Preliminary testing does not indicate the presence of disease, but further work is now under way to fully rule it out.”

The zone is a precautionary measure that will remain pending full test results.

Foot-and-mouth disease in pigs is indistinguishable from swine vesicular disease – so both are treated as suspected foot-and-mouth until tests prove otherwise.

Pigs rarely develop mouth blisters as a result of foot-and-mouth, but sometimes they do appear on the snout, tongue and upper edge of the hoof.

The main sign of foot-and-mouth in pigs is sudden lameness, which may spread quickly among the herd, alongside loud squealing.

Affected animals tend to lie down, are unwilling to move and reluctant to feed.