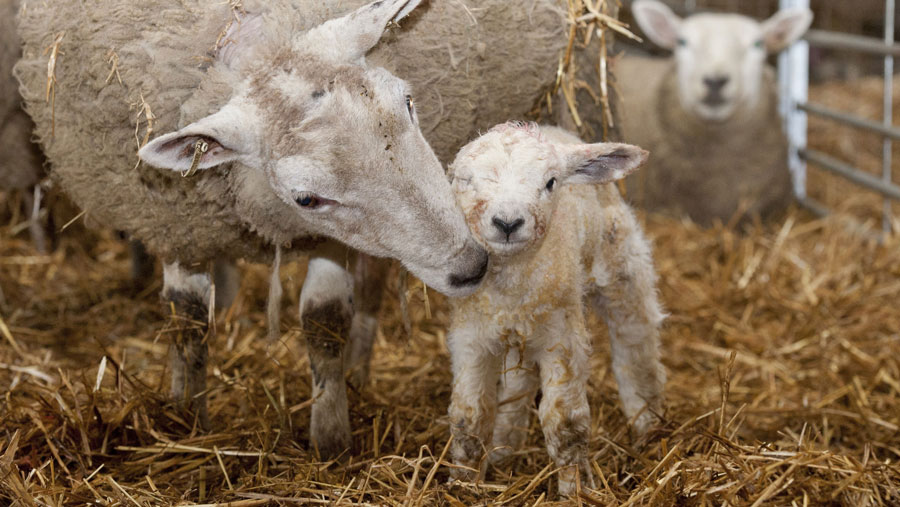 Vets and farmers are uniting to combat joint ill on sheep farms by improving industry understanding of the disease through research and farm records.

The second strand will co-ordinate international research and ensure collaboration to maximise research efforts and funding.

More than meets the eye

Sheep vet Phillipa Page said there is more than simply preventing poor hygiene and dipping navels in strong iodine to controlling the disease.

She said there is evidence to suggest the ewe’s birth canal and milk may be sources for the sources of the joint-ill bug (Streptococcus dysgalatiae).

She added: “Generally, within an affected flock, there are particular groups of ewes or lambing areas where there are higher numbers of cases.

“There are often additional management factors, such as the application of tags or rings for castration or tailing that seem to precipitate actual disease, but this is definitely a disease that is exacerbated by a myriad of different factors.”

She said research showed disease incidence rises and falls within flocks from year to year, meaning farms can resort to injecting with antibiotics one year and continue injecting needlessly because they are too scared to stop.

“They attribute the fact they have low joint ill levels some years to this prophylactic use of antibiotic without realising it can be perfectly normal to expect low numbers of cases of joint ill without mass treatments,” she added.

Sheep vet Fiona Lovatt said: “Sporadic in nature and caused by different combinations of reasons, it is a frustrating disease that a few people will tell you was particularly bad this year.

She stressed that even fastidiously clean lambing sheds and farmers obsessed about navel dipping can still face too many stiff and hobbling lambs.

Farmers with good lambing data or companies interested in developing vaccines are urged to contact the group at office@flockhealth.co.uk

A survey into joint ill has been created by the University of Liverpool. It is hoped this will shine a light on solutions to protect flocks from the condition.

Each person who completes the survey will be entered into a prize draw to win an Apple iPad, a Samsung Galaxy Tablet, or a Fortnum and Mason luxury hamper.