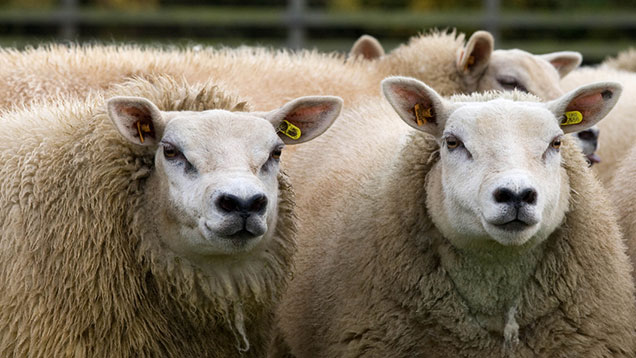 Research which aims to breed sheep for resistance to foot-rot and mastitis could lead to a reduction in antibiotics use.

The genomic research project, a collaboration between the Texel Sheep Society and Scotland’s Rural University (SRUC), will involve the collection of physical data across genetically well-connected flocks to inform the genomic evaluations.

It is hoped the project will determine genetic variations responsible for resistance to foot-rot and mastitis.

Both diseases can have a significant economic and welfare impact on sheep and often rely heavily on antibiotics to eliminate infections, says John Yates, chief executive of the breed society.

“Estimates suggest each case of footrot costs more than £8 a ewe, with further lost productivity costs amounting up to £3 a ewe. Additionally, it is believed the industry loses 7-12% of breeding ewes a year due to intramammary infections.

“With continuing pressure on farming to reduce its reliance on antibiotics the industry has to look at other control strategies,” he says.

“With continuing pressure on farming to reduce its reliance on antibiotics the industry has to look at other control strategies.”
John Yates, Texel Sheep Society

By developing genomic breeding values (GBVs) within the Texel breed, it is hoped farmers will be able to breed stock with greater resistance to these conditions delivering benefits to commercial farmers and across the industry, he adds.

SRUC geneticist Joanne Conington, has identified a number of gene variants responsible for foot-rot resistance already and believes breeding for resistance will lead to better welfare and higher returns, as well as reducing reliance on antibiotics.

“We know there is a genetic basis to foot-rot, with a heritability of 20% and we also know how it is linked to a number of traits of economic importance.

“The challenge now is to expand our knowledge of the link between resistance to foot-rot with that for mastitis and their interactions with other traits to develop a genomic breeding value for the breed,” says Dr Conington.

Animals in New Zealand are already being screened for antibiotic residues prior to slaughter, so the pressure to reduce antibiotic use in farming will only increase, she adds.