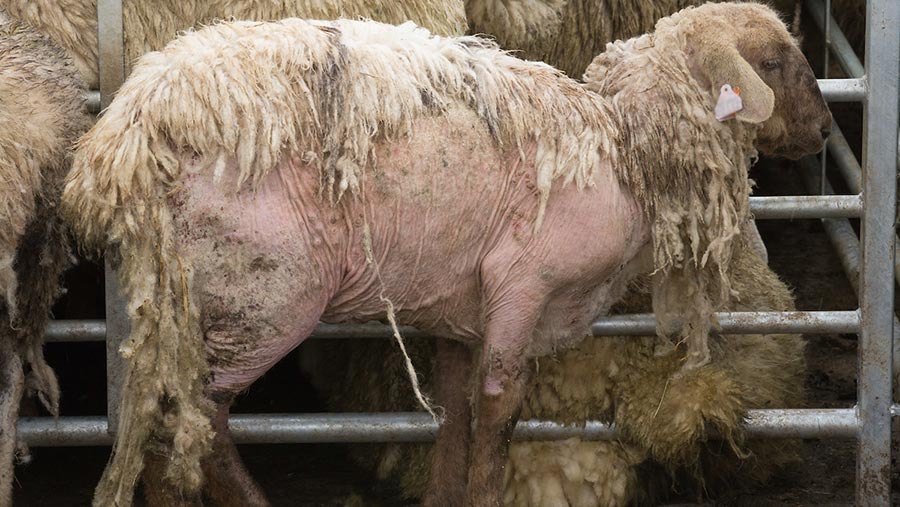 Pressure is expected to be put on UK governments to back compulsory screening for bovine viral diarrhoea (BVD) and sheep scab in an effort to eradicate the diseases within 10 years.

Livestock industry group Ruminant Health and Welfare (RH&W) has set itself the ambitious target of eradication by 2031.

To achieve this it is considering lobbying both Defra and the Welsh government to follow Scotland and Northern Ireland’s lead and introduce mandatory annual screening for BVD.

The group also wants mandatory annual screening for sheep scab, as well as a vaccination programme.

This, it said, could help eradicate both diseases – a position that would both be good for animal welfare and help to secure new export markets for lamb and beef.

RH&W chairman Nigel Miller said the industry had to be willing to “push back on the accepted boundaries” of health and production.

Lobbying government was likely to be a priority and will be discussed at the next meeting of the group’s steering committee.

What progress has been made?

“Modelling studies have shown that focusing control on disease hotspots not only makes gains in those targeted areas, but can also have a significant impact on sheep nationwide.”

A vaccine under development at Moredun has an efficacy of up to 80%.

BVD eradication is already progressing in the UK but, with different policies in England, Wales, Scotland and Northern Ireland, control is moving at different speeds.

Legislation has been critical to the gains made towards eradication in Northern Ireland, and industry initiatives such as making the retention of BVD-positive animals a non-conformity for the country’s beef and lamb farm quality assurance scheme has also helped.

Only 250 herds in Northern Ireland are now infected and the country hopes to be BVD-free by 2024.

Co-ordinating the schemes in all four nations is seen as crucial to controlling infection across the UK.