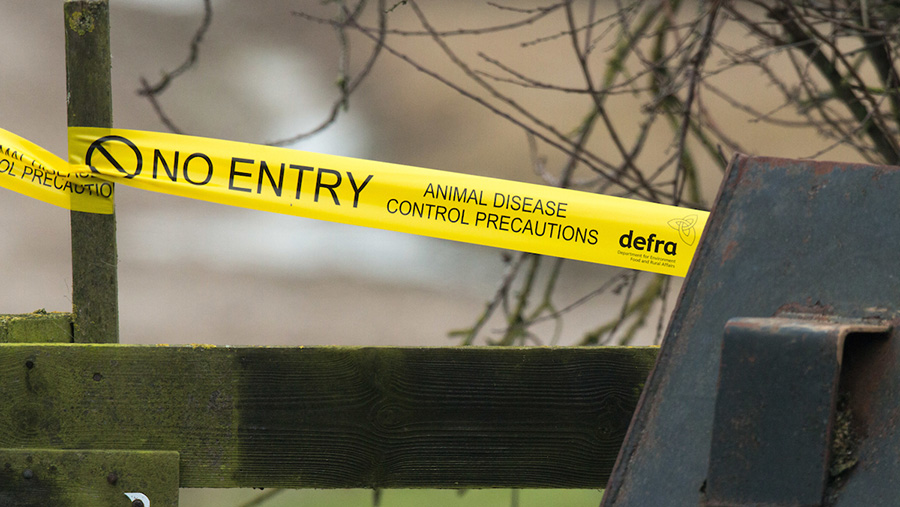 The UK’s worst ever avian influenza outbreak shows no sign of abating with three further cases of the highly pathogenic H5N1 strain recorded in the past week.

Two of the sites are in England and the third is in northern Scotland, bringing the total number of cases in the UK to 88 since 1 November 2021.

In England, the H5N1 virus was identified at a premises near Ross-on-Wye, Herefordshire, on 20 January. This was followed by another case in a commercial poultry flock near Crewe, Cheshire, on 22 January.

The single case in Scotland was also confirmed on 22 January at a poultry unit in Inverurie, near Aberdeen.

It is the first case in Scotland for more than a month and suggests migratory birds are following an annual pattern – moving from the South to the North East.

The re-emergence of the disease north of the border has prompted NFU Scotland (NFUS) to call for flock keepers to step up biosecurity and raise vigilance.

Union officials have also called on the government to carry out all non-essential inspections on poultry units virtually until the disease risk has passed.

The NFUS said it would approach the Scottish government to highlight the sector’s willingness to co-operate with virtual inspections.

The order was imposed last November across the UK and requires all flocks – domestic and commercial – to be housed to reduce infection risks from wild birds.

However, Ms Middleton claimed that non-compliance with the housing order was commonplace among backyard or garden flocks.

“All bird keepers, whether they have one or two hens or thousands, must keep birds indoors and follow strict biosecurity measures,” she insisted.

The union has urged smallholders and backyard flock keepers to adhere to the rules and sign up to the Poultry Register.

Birdkeepers must report suspicion of disease:

All birds on affected farms will be humanely culled to help limit the spread of the disease.

In addition, farms around the latest cases will come under 3km-wide protection zones and 10km surveillance zones.

Flock-keepers can check whether their farm lies within a zone via an interactive map on the government’s website.