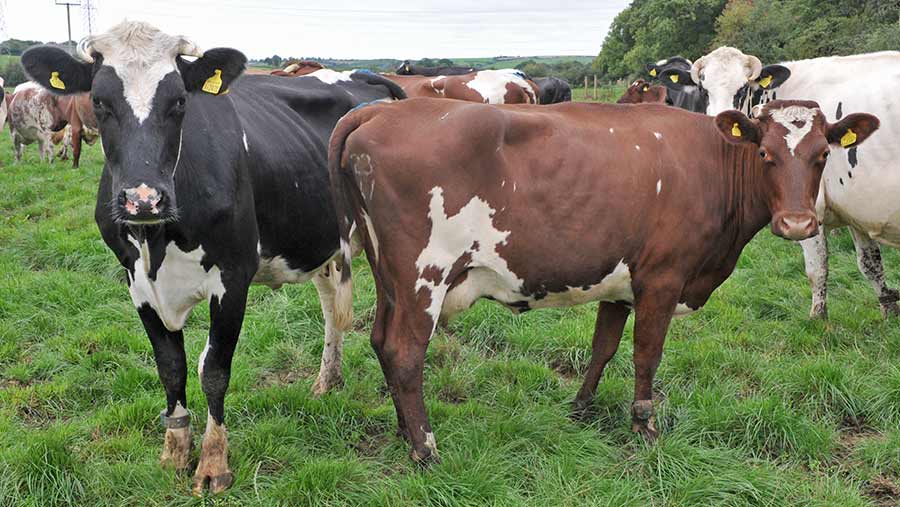 A Welsh dairy farm’s policy of not breeding heifer replacements from cows that test positive for neospora and being meticulous with biosecurity has helped to reduce herd infection from more than 30% to just 5%.

The Reader family first tested for neospora nine years ago after experiencing an abnormally high number of abortions in their herd of Holsteins and Dairy Shorthorns – the tipping point came when three cows aborted within 24 hours; all tested positive for neospora.

Working with their farm vets at South Wales Farm Vets, the business tested every animal as it calved. Those tests revealed that the disease was present in a third of the herd.

See also: Farmer reveals devastation of neospora in the herd 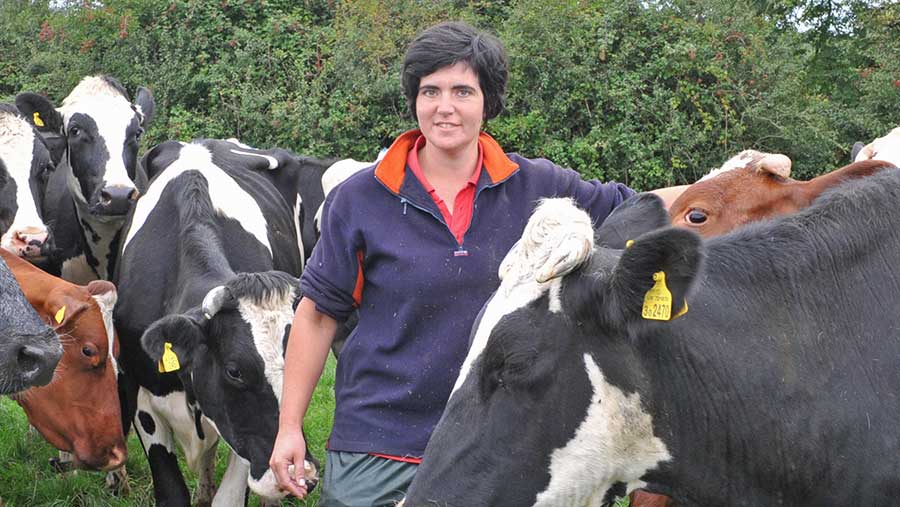 Abi Reader, who farms with her parents, John and Jennifer, and her uncle, Robert © Debbie James

Effect on the business

As neospora passes from mother to daughter, a decision was taken to not breed replacements from infected animals, which included some of the best cows in the pedigree Wenvoe herd, breeding these instead to terminal sires.

The business has been expanding the herd after investing in new infrastructure at Goldsland Farm, Wenvoe, so the decision was a tough one, admits Abi Reader, who farms with her parents, John and Jennifer, and her uncle, Robert.

“It has meant that to maintain numbers we are keeping older cows for longer than we would normally have done.”

Historically the business had sold around 10 surplus heifers a year, so that income has been lost too.

But the breeding policy is the right one, Miss Reader insists, even though it has meant that some family lines have been discontinued.

“Previously, when we put the cows who had aborted back in calf, they would always be stale milkers and put on weight and this created issues with milk fever, ketosis and retained cleansings.”

The policy also extended the calving interval – at one point it was 480 days, but that has now reduced to 366 days.

After initially spending a lot of time and money blood-testing cows, the business joined the Cattle Health Certification Standards (Checs) scheme, a regulatory body for cattle health schemes in the UK and Ireland.

Checs sets the standards for testing protocols and biosecurity but does not sell any schemes – it is independent, explains Miss Reader, who recently became Checs chairman.

The business pays an annual membership of less than £10 a month to a Checs-accredited scheme provider; in return it gets fixed-price blood testing, which is at a competitive rate because the business commits to testing with a specific laboratory.

The scheme provider also gives the business a list of animals that are positive for neospora, those with a test pending and animals whose dams have tested positive for the disease, so they know which animals are safe to breed replacements.

Meanwhile, biosecurity advice is provided via the farm vet.

The herd is closed, which means no cattle are brought on to the farm in an attempt to reduce disease-risk further.

“Checs is all about biosecurity where feasible and possible,” Miss Reader points out. “It understands not all farms can achieve all measures but the more biosecure you make your herd the better chance you stand of keeping disease – any disease – out. Testing alone will absolutely not achieve this.”

Miss Reader admits that discovering the herd had neospora was disheartening and that the programme of eradication was not easy. “But the herd is in a better place now and the business is stronger,” she adds.