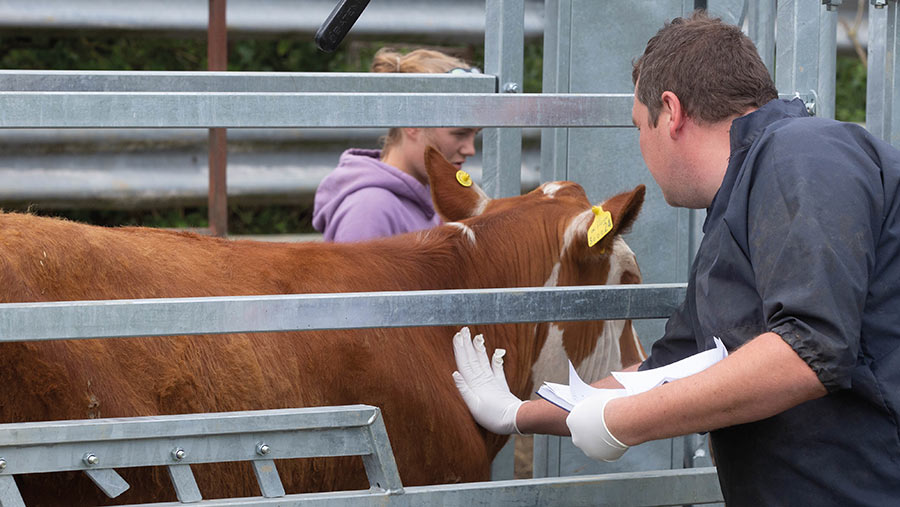 Farmers should carry out a three-step contingency plan to ensure they are prepared for the stress and potential financial implications of a TB breakdown.

This is according to Sarah Tomlinson of Westpoint Vets and the TB Advisory Service, who recently advised clients that it’s best to “hope for the best, but prepare for the worst”.

“A lot of farmers say there is huge stress and anxiety in waiting three days for the TB read day, so I’m telling clients to work out a plan beforehand,” she told a Dairy-Tech webinar last week (5 February).

She advised how to undertake a bovine TB contingency plan should movement restrictions be imposed, and reactors isolated and slaughtered.

She said: “The mental health impacts of TB is often underestimated by the public, government and farmers themselves.

“Feeling the loss of stock and genetics that have taken generations to build up – not just the financial impact – is massive. This isn’t just about the potential end of a business, but the loss of a way of life, a vocation, and family homes.”

1. Assess effects if herd TB breakdown was to occur

There are three types of AFUs allowed in high-risk and edge areas – with grazing, without grazing and enhanced with grazing, which can take cattle from multi-TB-restricted and TB-free sources.

A cattle-proof and badger-proof building that can take cattle in from a single OFTS/W source.

This is like a linked holding and is a good option for animals that you want to return to the main herd.

This arrangement is almost the opposite of a temporary land association. It is most suitable for cattle ultimately leaving the farm.