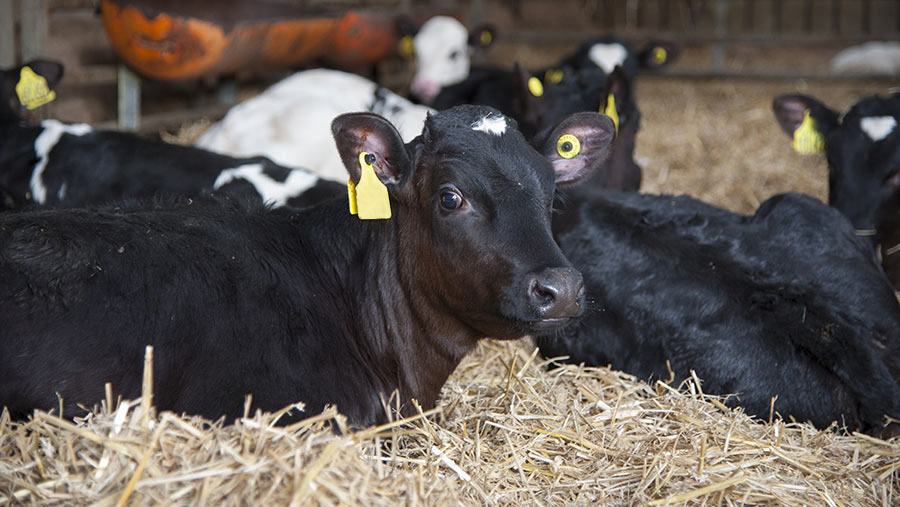 A government decision to allow dedicated TB-restricted marts to run in high TB areas in Wales for at least 12 months has been welcomed by cattle farmers as another marketing option.

The Welsh government gave the go-ahead to so-called “orange marts” from 1 January after piloting a sale at Whitland.

It is the first time sales of clear tested cattle from TB-restricted herds have been permitted in Wales. It means that slaughter is no longer the only option for cattle from farms locked up with bovine TB.

A principal reason for the shift in policy is a requirement by some UK milk buyers for suppliers to raise calves for at least eight weeks.

Once these animals have been reared, they can be moved to another AFU that is capable of taking them to slaughter weight.

The government has also relaxed the rules around existing AFUs.

Until now, cattle from an AFU could only be sent to slaughter, but they can now move from one AFU to another.

NFU Cymru has for many years been lobbying the government to allow TB-dedicated sales.

NFU Cymru Dairy Board chairman Abi Reader said they not only provide a potential outlet for bull calves from the dairy sector, but also for farms who do not have the infrastructure or resources to take store animals to slaughter weights.

“This change will help reduce the risk of overstocking on farms and the potential economic and welfare effect of having too many cattle on farm at the same time, particularly when building space and feed stocks are at a premium,” she said.

But the success of orange markets would be heavily dependent on having a critical mass of buyers at these markets, and key to this is the number of AFUs operating, Ms Reader added.

There are currently only 14 in Wales, compared with 330 in England.

“Welsh government has an important role to play in helping to ensure that potential AFU operators are provided with veterinary support and advice, to help them meet the stringent criteria associated with operating these facilities,” said Ms Reader.

The Animal and Plant Health Agency must also have the resources in place to ensure that licences to allow cattle movements from restricted herds can be issued “without undue delay”, she insisted.

The Welsh government will review the new policy after 12 months.