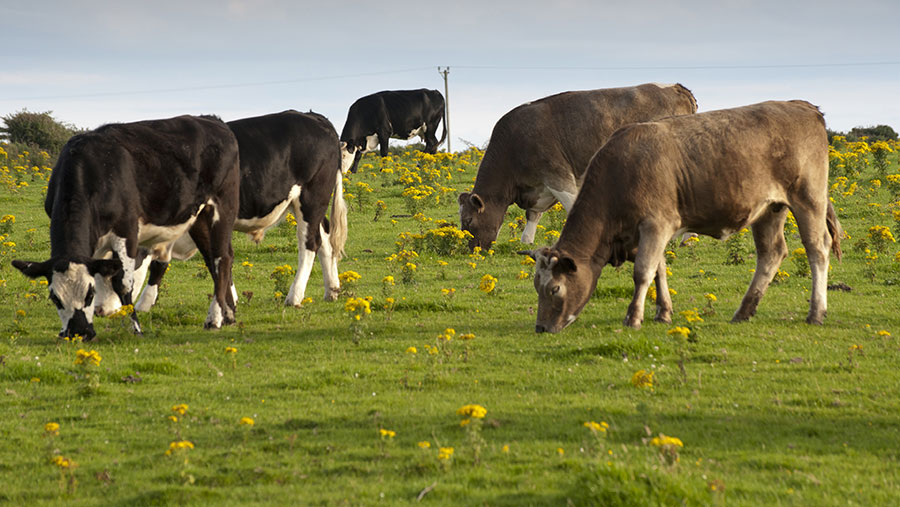 What are your key areas of research and development for the next five to 10 years?

Research to speed up the diagnosis of bovine TB in cattle and other livestock will soon be put into practice.

From next year we expect to be able to use a polymerase chain reaction (PCR) test, which can identify bovine TB in post-mortem tissue samples significantly faster than traditional methods and produce results within seven days rather than the usual two months.

The test should be ready for routine use at Animal and Plant Health Agency (Apha) laboratories from early 2021, initially on suspected TB lesions detected at routine slaughter of cattle, and from non-bovine animals.

For the next five years, the key area being worked on is the cattle vaccine and associated Differentiating Infected from Vaccinated Animals (Diva) test.

Which of those have you secured funding for?

Ground-breaking scientific research aimed at detecting tuberculosis in cattle will take place after five projects were awarded a combined investment of £500,000 through the bovine TB research budget held and administered centrally by Defra on behalf of Wales, Scotland and England.

Five schemes, led by various leading research institutes, have been selected to receive up to £100,000 each for up to 12 months for proof-of-concept research:

How do you see the roles of all the different tests?

No combination of validated tests currently available is 100% accurate in determining the TB status of an animal. The skin test remains a good herd-level test, but can struggle in an infected herd, where some infected animals may go undetected by the test.

The skin test and the gamma test have been the main tests used, but both detect a cell-mediated immune response. However, not all TB infected animals show this response consistently, but instead exhibit an antibody response.

Antibodies can be present much earlier than previously thought and can be detected, with a boost from a prior injection with tuberculin. Antibody tests are being used on some higher-risk animals in persistent breakdowns in Wales.

A flexible-extended gamma test is also used where the presence of Johne’s disease may be masking TB. Other promising tests are being developed, which may improve future disease detection.

These tests are used differently in situations where TB is chronic and well established, but remains undetected in individual animals, in explosive breakdowns where the speed of spread of the organism appears more rapid than normal and in herds in lower-risk areas where the aim is to stamp out disease quickly.

Refining the best balance of tests in each situation, within limited resources, will be a key challenge for the future.  As Prof Glyn Hewinson, head of the Centre of Excellence for Bovine TB at Aberystwyth University, says: “Two tests are better than one, three tests better than two.”

If the accuracy and speed of TB testing improves, the number of herd breakdowns would in the short term rise as more infections were revealed.

Would there be any plans to help mitigate the on-farm human and financial impact of this?

We have proactively used tests such as gamma and IDEXX antibody to increase skin test sensitivity in breakdowns, and the number of new incidents is on a downward trend, with 44% fewer new incidents in 2019 compared with 2009 (when the TB eradication programme was established).

During 2019 we saw the lowest level of annual incidence in 15 years and also the lowest recurrence rate of farms suffering a subsequent breakdown two years after going clear.

The Welsh government continues to pursue policies that support individual farmers, farming families and the industry through these difficult times. This includes our work with programmes such as Farming Connect, Stoc+ and the fight against anti-microbial resistance (AMR).

Between 2017 and 2019, the Welsh government contracted with the Farming Community Network (FCN) to provide bespoke welfare support to farmers and farming families affected by bovine TB.

We continue to support a number of other groups that provide support, such as Tir Dewi, the Daniel Picton-Jones foundation and Mind Cymru.

Will you be following any advice in the Godfray report? If so, which areas in particular?

The Welsh government has welcomed the publication of the Godfray Report, and though it is an English report, recognises its value as we continue to review and develop the Welsh government’s eradication programme through which the priorities set out in the report are already being acted on.

This includes: working with Veterinary Delivery Partnerships (VDPs), practices and individual OVs to deliver and provide training for the Cymorth TB programme, as well as “Keep it Out” visits in the Intermediate TB Area North.

Veterinary representatives also sit on the three regional TB eradication boards as well as on the Welsh government TB Eradication Programme board.

VDPs and the Apha run quarterly meetings for OVs that are supported and attended by Welsh government officials to provide updates and field questions.

Will EU funding for bovine TB for Wales be replaced or lost after Brexit?

There are discussions taking place between devolved administrations and UK government on domestic schemes to replace EU programmes, but there haven’t been any commitments for funding from Her Majesty’s Treasury – the relevant policy departments in Whitehall will be making a case for funding through the Comprehensive Spending Review.

There are no plans to undertake an English-style widespread cull of badgers. We are continuing to carry out badger trap and test operations where badgers are implicated with the persistence of disease in our long-standing TB breakdowns.

Test-positive badgers are humanely euthanised. Test-negative badgers are vaccinated before release to provide additional protection to the local population. Badger vaccination remains an important element available to us in our eradication programme.

Throughout, we have continued to support privately delivered vaccination projects alongside an industry-led programme of badger vaccination on Gower.

How do you view the split of responsibility between the government and farmers in tackling the disease going forward?

Wales is committed to the development of strategies in relation to encouraging safer purchasing, through increased communication of relevant TB information being made available to purchasers, at the point of sale.

Longer term, we are considering all possible options available to increase the ability to identify animals with undisclosed infection and to prevent them from being traded and to further protect individual herds and areas from the ingress of TB through the movement of cattle.

However, the cattle industry and individual keepers also have a major role to play. Farmers need to fully acknowledge the continuing risk that is posed to herds by the transmission of M. bovis between cattle when introducing higher risk cattle into their herds.

I would encourage farmers to use the ibTB website as a means of finding more information about TB in their area and the TB status of herds from which they seek to purchase.

The TB Hub is also an extremely useful tool, with a vast amount of information and advice on preventing and managing TB breakdowns. 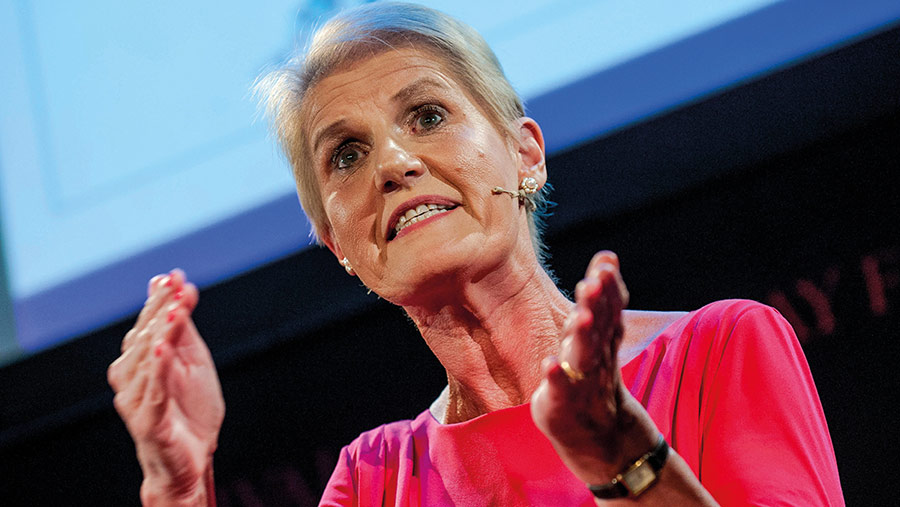 Christianne Glossop was appointed chief veterinary officer for Wales following the devolution in 2005. She is responsible for animal health and welfare standards and veterinary surveillance in Wales, leading the country’s fight against bovine TB.

Prof Glossop completed her BVet Med and PhD at the Royal Veterinary College in London and was appointed honorary professor there in 2007. She was later awarded an honorary fellowship by the college in 2012.

Together with Elin Jones, Wales’ former rural affairs minister, she was joint winner of the Farmers Weekly Farming Champion award in 2009.