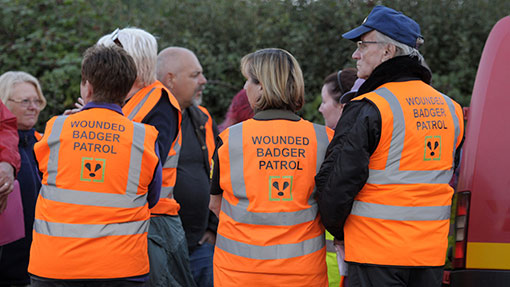 Marksmen could be prevented from shooting badgers in the cull by thermal imaging cameras, say anti-cull campaigners.

Campaign group Gloucestershire Against Badger Shooting (GABS) said it had launched a “fighting fund” to help purchase equipment to monitor the culls and activities of marksmen in the county.

GABS said the fund would be used to help pay for thermal imaging equipment to monitor the activities of marksmen and find badgers injured by shooting.

Protesters have vowed to use the technology on wounded badger patrols when the cull returns to Gloucestershire this summer.

“This year our efforts will be bigger and bolder, but more importantly we will now be able to purchase thermal imaging equipment to make sure we don’t miss those badgers dying out of plain sight in the bushes,” said Jeanne Berry, spokesman for GABS.

“Equally, we’ll be able to see exactly where the gunmen are, which is very important for our own safety as the government has refused to provide any monitoring of the cull for safety, humaneness or even its effectiveness.”

The second year of the four-year badger cull pilots, as part of government measures to eradicate bovine TB, will start this summer in west Somerset and west Gloucestershire. GABS said “many more people” would be patrolling the new cull.

Ms Berry explained: “We will be recording every contact with cullers and police, and we expect any breaches of the cull licence or public safety to be dealt with promptly and effectively from now on.

“No one from GABS broke the law during last year’s cull so we expect the police and farming community to respect our lawful right to protest and to treat us accordingly.”

A spokesman for Gloscon, the culling company in Gloucestershire, said: “Some of the protesters had night vision last year, so this is not a game-changing step forward on their behalf.

“We have got absolutely no doubt that protesters will try to make it as difficult as possible for us, as they did last year.”

When DEFRA secretary Owen Paterson announced that culling will continue for a second year in both pilot counties, he paid tribute to the farmers and marksmen for the resolve they have shown despite a “disgraceful amount of intimidation from some of the extreme protesters”.