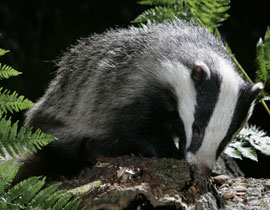 DEFRA lawyers have given a robust legal defence against the Badger Trust’s bid to overturn a decision to allow the culling of badgers to tackle bovine TB in England.

The Badger Trust is challenging the “legality” of the decision by DEFRA secretary Caroline Spelman to allow culling to begin later this year in two pilot areas – west Gloucestershire and west Somerset.

The trust is bidding to overturn DEFRA’s decision on three grounds: that it will not meet the strict legal test of “preventing the spread of the disease” but may in fact increase it; DEFRA’s cost impact assessment is “flawed” and whether DEFRA has the legal power to issue statutory guidance to the licensee Natural England to cull badgers.

The two-day legal challenge began at the High Court on Monday (25 June) with David Wolfe QC, a barrister representing the Badger Trust, outlining the Trust’s case.

Firstly, Mr Wolfe said the Protection of Badgers Act 1992 allows the secretary of state to grant licences to individuals to “prevent the spread of disease”. But the trust considered that the culls proposed would not meet the criteria.

Referring to the previous Randomised Badger Culling Trial (RBCT), Mr Wolfe said although culling badgers could reduce the incidence of bovine TB in the cull areas by 12-16% after nine years, it would also cause the spread of the disease around the cull areas.

“If you cull 150 sq km, the expectation is that you spread TB (to previously uninfected herds) in another 100 sq km,” said Mr Wolfe.

“The spread is described as a ‘perturbation’ effect. It’s thought to be caused by disturbing badgers.

“They are suddenly in so much trauma that they move over larger areas and spread the disease to other areas.”

The “perturbation effect”, identified by the RBCT report, showed an increase in TB in areas surrounding the cull of about 9%, he added. “The farmers living in that area suffer – there’s a big trade-off.”

Mr Wolfe said each of the two cull areas were approximately 350 sq km – equivalent to the size of the Isle of Wight – and there could be more than 3,800 badgers culled in each area over the planned four years of culling.

He suggested that DEFRA had scaled up the size of the cull areas to mitigate the effects of perturbation. “That has led to the thinking behind the larger areas to be culled”, said Mr Wolfe.

Secondly, Mr Wolfe said DEFRA’s cost impact assessment was “flawed” as it is based on an “assumption” that the free-shooting of badgers would be permitted for the whole duration of the four-year cull.

“This is a particularly problematic aspect for the trust,” said Mr Wolfe.

“Cage trapping and free shooting both end up with a dead badger, but the concerns are very much about the humaneness, safety and efficacy of the shooting.

“The estimated cost of free shooting is around 10 times cheaper than using cage trapping.”

An independent panel is due to decide whether free shooting is “humane, safe and effective” after year one of the pilot.

But if free shooting were precluded, farmers would find themselves legally obliged to continue the cull on the much more costly “trap and cull basis” until the end of the four-year cull, he added.

Thirdly, Mr Wolfe argued that Ms Spelman’s decision to allow Natural England to issue the culling licences was “invalid” under the Natural Environment and Rural Communities Act 2006, as killing badgers was not one of Natural England’s original functions, which are mainly focused on biodiversity.

Responding to the trust’s claims, Nigel Pleming QC said the policy had been designed specifically to prevent the spread of TB and that reducing the incidence of disease was no different.

“The trend of cattle TB incidence in England has been rising for 25 years and the areas infected by TB has spread,” he said.

“There is clearly evidence that there is an increase in incidence. If you want to stop the spread, you have to reduce the transmission of currencies from badger to badger and cattle to cattle.”

Mr Pleming said the government was satisfied that culling was a proportionate response to tackling the problem of bovine TB, which cost the taxpayer £91m in 2010-11 due to the slaughter of 25,000 cattle in England.

But he added that the government was still taking a “precautionary approach” to the option of an industry-led cull and vaccination.

Mr Pleming said it was “inevitable” the disease would spread outside the cull area, but that DEFRA had sought to minimise the perturbation risk by a “series of measures”. These include establishing barriers and buffers around culling areas, such as rivers, coast, motorways and cattle free areas.

“There is a risk (of perturbation) but that risk falls away over a period of 12 to 18 months. The reason for the falling away is unclear, but it is known,” he added.

A decision is not expected in the case for several weeks. The hearing continues.

See our page for the latest information on bovine TB.