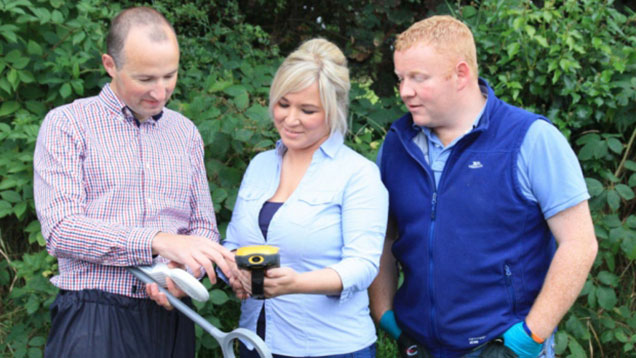 The second year of a selective badger cull project aimed at combating bovine TB in Northern Ireland is under way.

Northern Irish farm minister Michelle O’Neill has announced that year two of the test and vaccinate or remove (TVR) Wildlife Intervention Research Project has started in a 100sq km area around Banbridge, County Down.

Year one of the five-year £5m project was completed in September 2014 during which there were 630 “badger capture events” in the TVR area.

This was made up of 280 unique badgers plus a further 350 recaptured badgers, with some badgers being caught on more than one occasion.

This year, the Department for Agriculture and Rural Development (Dard) in Northern Ireland said badgers will be retrapped and tested for TB and those giving a positive result will be culled using a lethal injection of a barbiturate.

Data will be collected on the reliability (sensitivity and specificity) of the diagnostic tests to help inform future policy.

Announcing the start of year two of the project, Ms O’Neill said: “The second year of the TVR Wildlife Intervention Research Project has commenced in a 100sq km area around Banbridge.

“From this year, any captured badgers which test positive for bovine TB will be humanely put to sleep and removed from the area.

“The aim of the TVR research project is to describe the effects of implementing a test and vaccinate or remove approach on badgers in the Banbridge area, which is an area of high TB prevalence in cattle.

“I would like to thank the remarkable number of farmers and landowners who granted access to their land last year to enable my veterinary staff to carry out this important work.”
Michelle O’Neill, Northern Ireland’s farm minister

“The TVR Research Project will also greatly add to our knowledge base and provide currently unknown data on badgers.”

The minister thanked farmers and landowners within the research area for their continued support of the TVR project and urged others to consider taking part.

She said: “I would like to thank the remarkable number of farmers and landowners who granted access to their land last year to enable my veterinary staff to carry out this important work.

“I would ask any farmer or landowner who did not take part last year to consider doing so as we move forward into years two to five of the TVR project.

“Please contact my department for further information and to arrange an appointment with a departmental researcher.

“Once my officials receive permission to access private land, no further practical involvement will be required from farmers or landowners.”